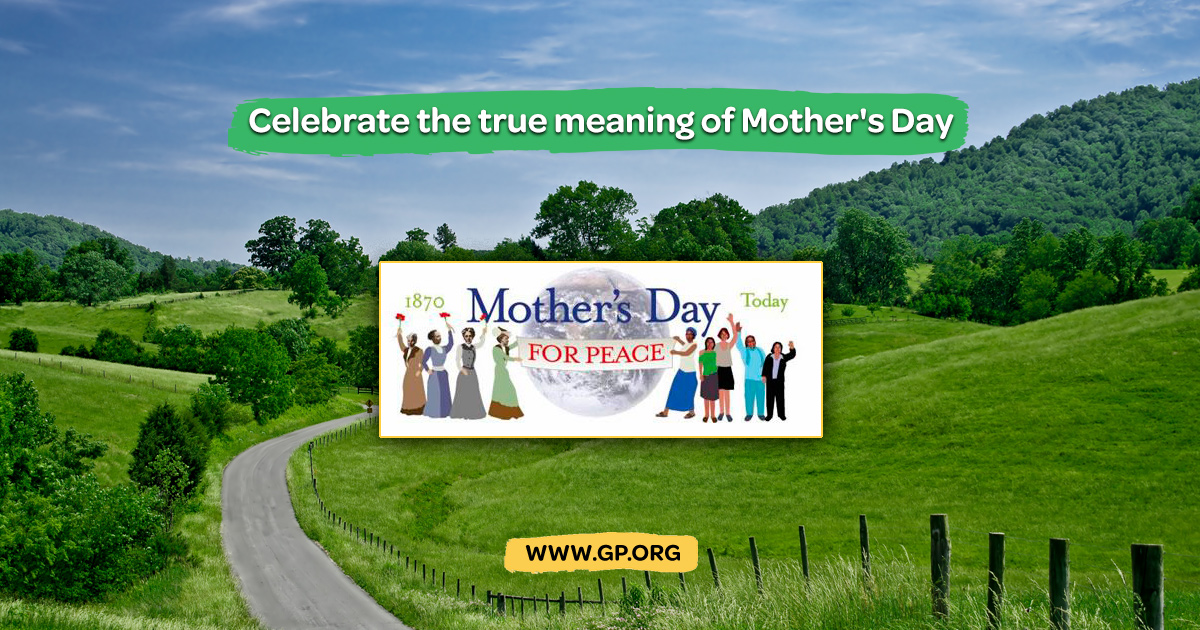 Centerville, Virginia – Mother's Day today is not what was intended by its founders. In 1870, Juliet Ward Howe wrote the "Mother's Day Proclamation," a call to action that asked mothers to unite in promoting world peace. President Trump's proposed budget has 62 cents of every dollar in taxes going to the military.

This event includes the following presentations:

Formation of Committees to work on Future Events

Hiroshima-Nagasaki Remembrance Day Activities (August 6-9)
Anti-War Teach-Ins:  "From Yemen to Venezuela US Aggression Must End"
The Importance of TREATIES: Effects of the US not signing/rescinding (October)