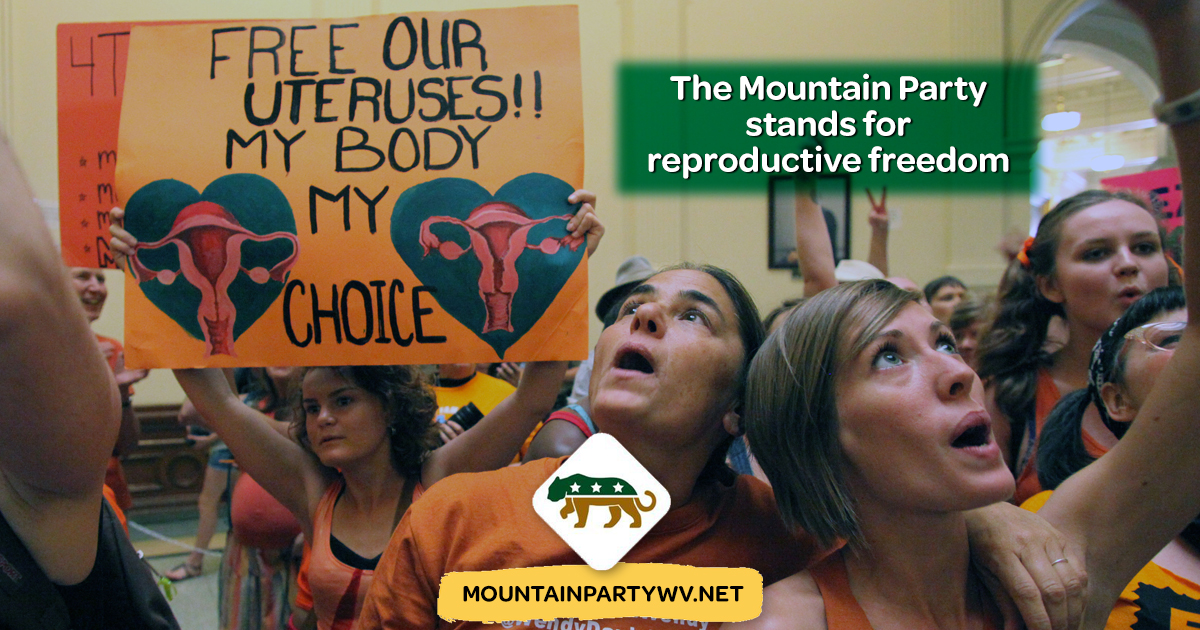 Senate Resolution 12 is a resolution being pushed by the Virginia-based anti- choice organization Day of Tears. It aims to designate January 22 as a day of mourning; on this day in 1973, the Supreme Court ruled in Roe v. Wade that abortion is a constitutional right. Day of Tears resolutions have been passed in Alabama, Arkansas, Louisiana, and Mississippi and similar resolutions will be introduced in a half-dozen more states this year. This resolution proposes that flags be flown at half-staff to honor what it falsely claims to be the “over 62 million unborn children [who] have perished” due to abortion.

This resolution is a slap in the face to the women, transgender men, and others whose reproductive freedoms were guaranteed in Roe v. Wade. While anti-abortion legislation is to be expected from religious extremists in the Republican Party, the West Virginia Democratic Party is no stranger to the crusade against reproductive freedom, even among its so-called progressive wing; it is therefore unsurprising that Minority Leader Stephen Baldwin is a co-sponsor of this resolution.

The Mountain Party, by contrast, has always been on the side of reproductive freedom. The Mountain Party calls for reproductive health care to be guaranteed under a universal healthcare system and for the expansion of the number of clinics in West Virginia who offer abortion care, and stands in solidarity with all those whose reproductive rights are threatened at the state and national level.