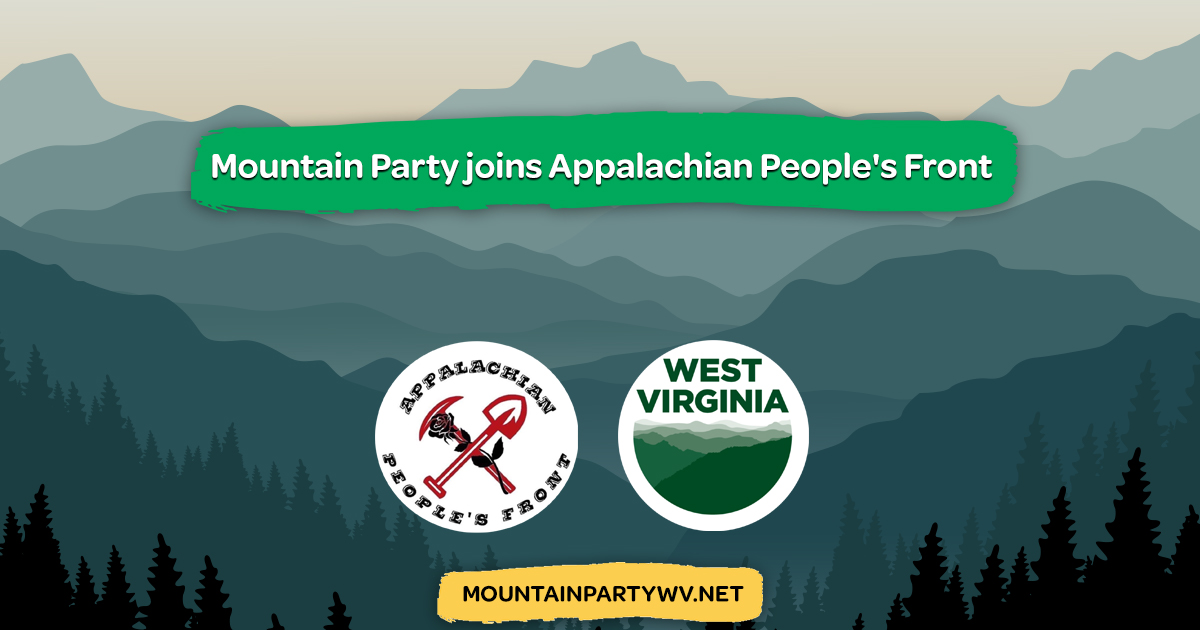 SALEM, WV 一 On February 7th, the State Executive Committee of the West Virginia Mountain Party voted to affiliate with the Appalachian People's Front (APF), a newly formed left-wing coalition dedicated to mutual aid, political education, and community organizing in West Virginia and surrounding states. Like the Mountain Party, APF is dedicated to grassroots organizing and the building of independent working-class institutions outside of the two-party system.

Founded with the participation of Mountain Party members, the Appalachian People's Front has since late December:

By affiliating with this coalition, the Mountain Party will lend its support to the expansion of such activities and dedicate itself to working not only from within the electoral system but also outside of it. The Mountain Party recognizes that the needs of West Virginians need to be met both in the long-term through progressive legislation and in the short-term through mutual aid and community organizing.

Other organizations which have thus far also chosen to affiliate with the Appalachian People's Front include the Movement for Peoples Democracy WV, Kanawha Valley DSA, and North Central WV DSA. The Mountain Party joins these organizations and future affiliates in directly serving the people of West Virginia in ways which the two major parties have failed, as we aim in the future to serve the people via a popularly elected Mountain government.

The Mountain Party is the West Virginia state party affiliate of the Green Party of the United States and is ballot-qualified through 2024.

Organizations and individuals interested in joining the APF or wanting to learn more can send an email to [email protected].