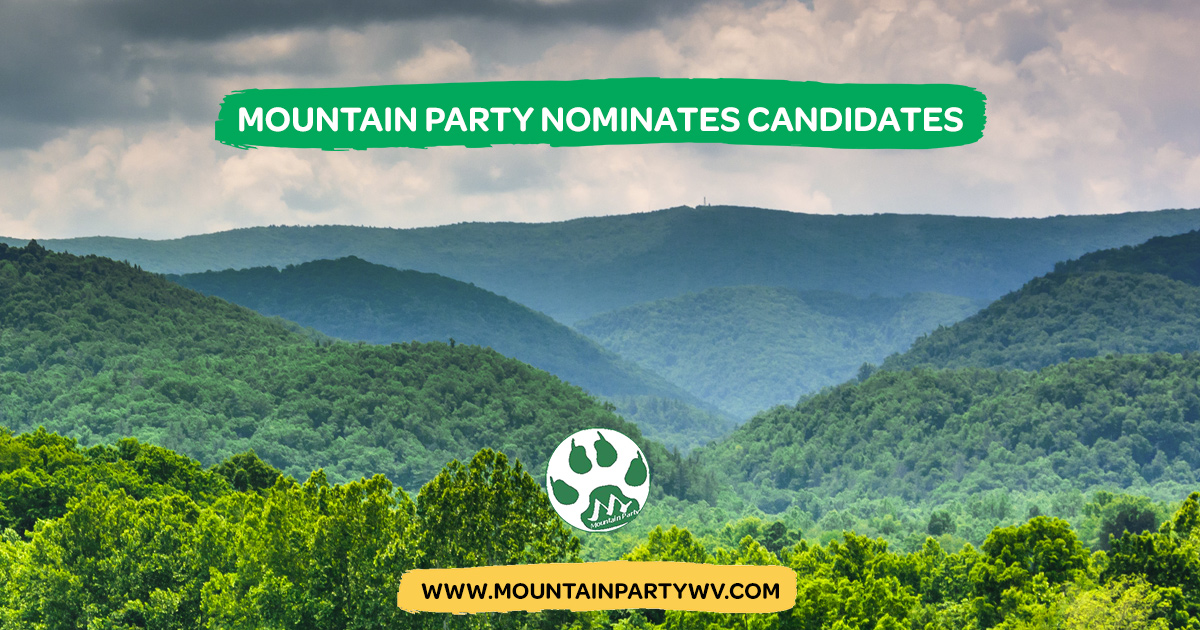 On Saturday, June 9, the WV Mountain Party nominated a number of its members, thus qualifying each to register to be officially on West Virginia's ballots for General Election this November.

Qualifying at the top of the Mountain Party ticket is Daniel P. Lutz, US Congress, 2nd District nominee. Vietnam War Veteran, and retired US Air Force Major Lutz will now square off against incumbent Alex Mooney (R) and Talley Sergent (D). Asked why he chose to be a Congressman, Lutz responded, "West Virginians need a voice, not an echo in Congress." Lutz explained by predicting, "Alex Mooney will continue to echo Donald Trump’s toxic policies. And, based on Talley Sergent’s active political promotion of the 2016 Clinton campaign, she, too, appears to be just an echo for business as usual in Congress."

Also qualifying on the Mountain Party ticket for inclusion on the 2018 ballot, are:

In nominating Minden resident Susie Worley Jenkins, Mountain Party Convention Delegates granted her the ability to run for Fayette County Commission in the General Election, despite having lost in the Democratic Primary.

Jenkins took advantage of current state elections regulations which, under certain conditions, grants those defeated in the Primary a second chance to run in the subsequent General Election if nominated by the Mountain Party.

Jefferson county’s David Tabb won Mountain Party nomination for the Harpers Ferry seat of his County Commission. In accordance with the state election regulations, Tabb switched his registration to Mountain Party so that once elected, he can halt ongoing county-wide waste, fraud, and abuse, which he believes stems from current Jefferson County leaders’ lack of transparency.

Prior to seeking the nomination, Tabb had very publicly expressed having “a lot more in common with the people in the Mountain Party than I do with the Republicans.”

Mannypenny, who won a very narrow Primary victory over Efaw, had been endorsed in past elections by the Mountain Party.

Richie County’s Lissa Lucas (D) also sought, and received, the Mountain Party’s endorsement for House of Delegates District 7. Like Mannypenny and others endorsed, Lucas publicly expressed her support of the Mountain Party Platform.