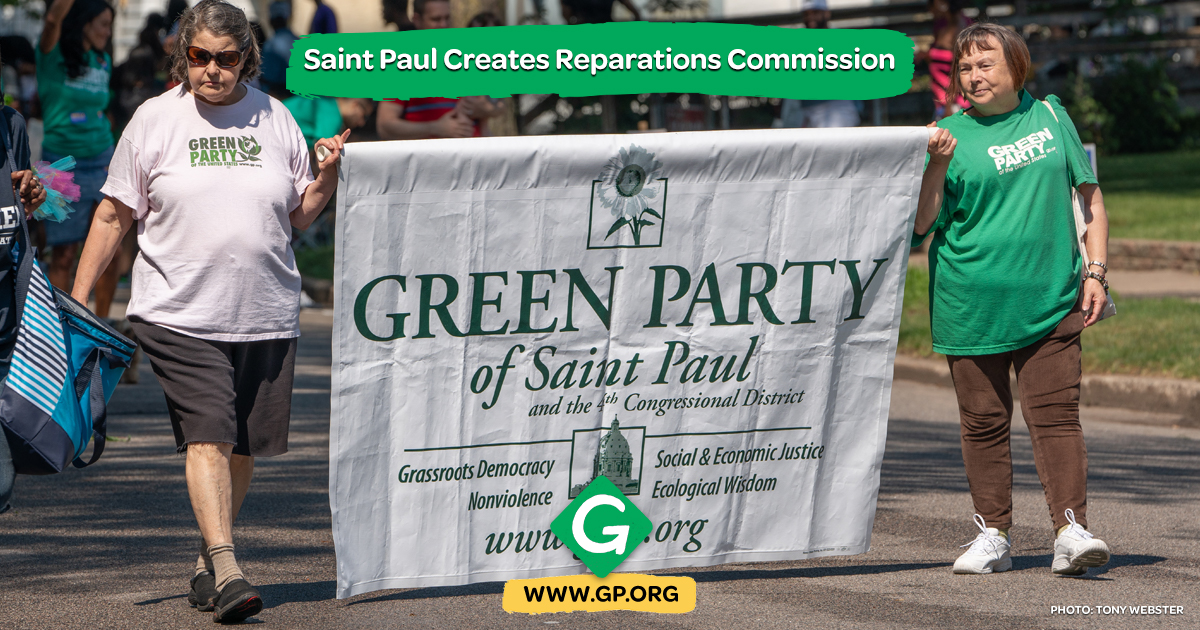 The Rondo Days Parade marches through the Rondo neighborhood of Saint Paul, Minnesota, on July 21, 2018. Photograph by Tony Webster

ST. PAUL, Mn. - The movement for reparations for Black Americans has seen greater urgency since the police killing of George Floyd last year. And in the state where he died, the effort to make amends has taken a big step.

This week the St. Paul City Council unanimously approved a new commission to look at ways to produce financial reparations for descendants of chattel slavery who live in the capital city.

Commission co-chair and co-chair of the Green Party of the United States, Trahern Crews, said the region's history of racial injustice can be traced back to Dred Scott and his wife - held as slaves at Fort Snelling. And Crews cited another well-known example of hardship for Black Minnesotans.

"St. Paul is home to the Rondo neighborhood," said Crews, "which was a thriving Black community, which had Black businesses and homeowners, which was wiped out due to the construction of the 94 freeway."

Crews said many of the injustices are still being felt today and were brought to light by the pandemic, and the racial reckoning of 2020.

In addition to the possibility of cash payments, the commission will also explore other forms of assistance for Black communities.

Commission co-chair and independent journalist Georgia Fort said in the wake of Floyd's death in Minneapolis, there's been more social-justice awareness, especially within the corporate community. But she said any effort has to have tangible results.

"And the reality of it is," said Fort, "we cannot show up at the table anywhere and talk about equity without economic justice."

She pointed to numerous studies and government data that show Minnesota has among the worst achievement gaps in such areas as wealth, income and education.