MoveToAmend: Where Do We Go From Here? 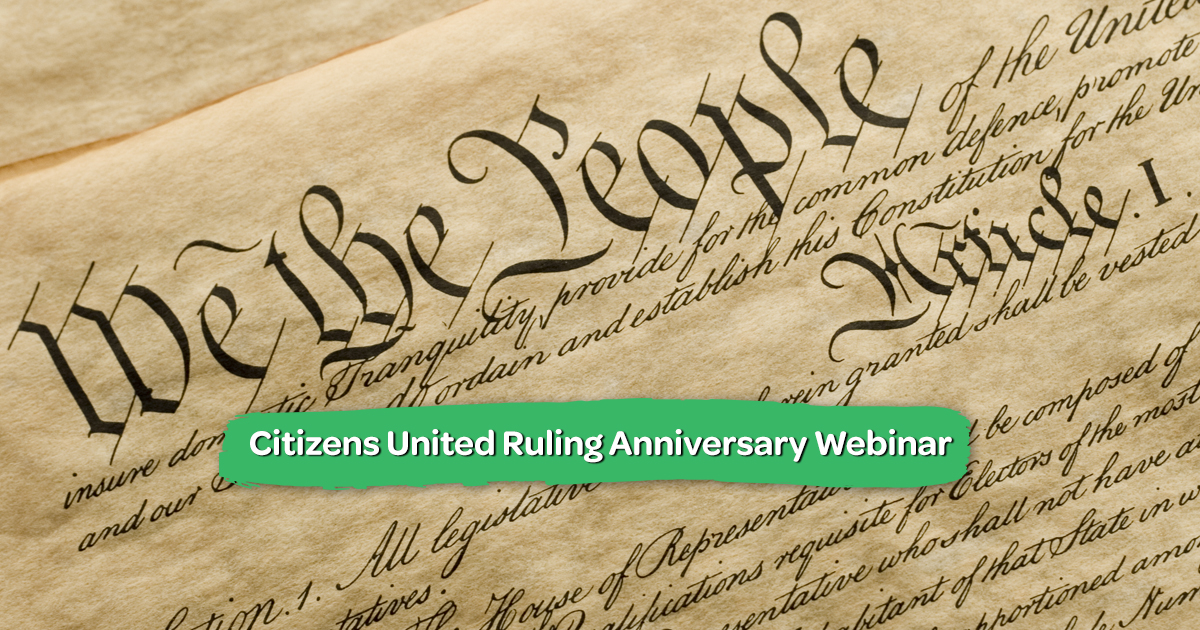 MoveToAmend: Where Do We Go From Here? Movement Building within a Context of System Collapse.

On January 21, 2010, with its ruling in Citizens United v. Federal Election Commission, the Supreme Court ruled that corporations are persons, entitled by the U.S. Constitution to buy elections and run our government. Human beings are people; corporations are legal fictions.

The Green Party of the United States condemns the Citizens United ruling by the Supreme Court, which allows unlimited corporate spending in our elections. The ruling allows corporations to spend as much as they want on political campaigns and candidates. The ruling also opens the door for unlimited lobbying of elected officials. The decision is a major blow to democracy and gives corporations a disproportionate voice in our elections.

We are committed to creating an America where every person has an equal voice and where we have a government that represents all the people, not just the wealthiest 1%. Our vision is for a society that respects and celebrates cultural differences, fosters tolerance and diversity, and promotes peace and justice at home and around the world. We call on all Americans to join the Move to Amend Coalition to restore democracy in America by getting big money out of politics.

A special message from: Representative Pramila Jayapal - Lead Congressional Sponsor for the #WethePeopleAmendment