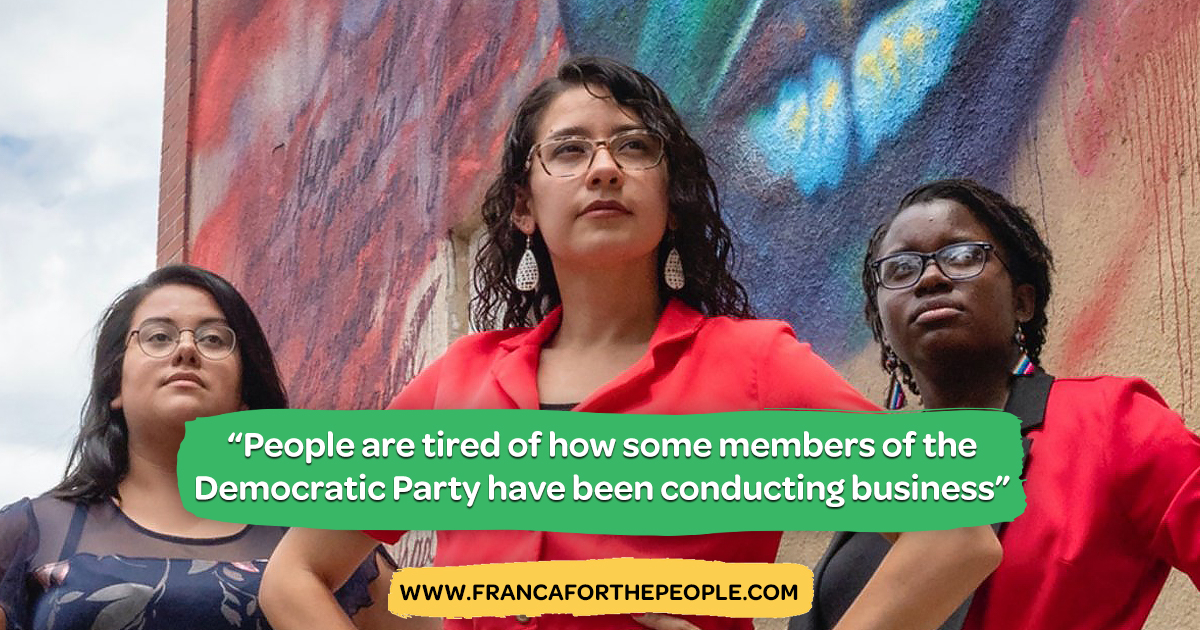 Muller Paz, an activist and teacher at Baltimore City College High School, has campaigned on a progressive platform that emphasizes community-centered crime reduction, combating the digital divide and investing in schools. She says the Democratic incumbent has not been fighting for the district.

She’s been endorsed by more than a dozen local groups and snagged the Metropolitan Baltimore Council of AFL-CIO Unions’ first-ever third party endorsement, a backing that Stokes himself called “unheard of.”

If Muller Paz wins the Nov. 3 election, she’d be the first Green Party politician in City Hall, which has been controlled by Democrats for decades.

Blue voters outnumber red ones nearly 10 to one in Baltimore, meaning primary elections usually determine who ends up in City Hall. In other city council races, six Democrats are running unopposed. Republican opponents in the other eight council races each have less than $1,700 each in campaign accounts.

“I think people are tired of how some members of the Democratic Party have been conducting business, they have not been centering the people they’re supposed to be fighting for,” Muller Paz said.

Muller Paz immigrated from Peru to Paterson, New Jersey with her family at age one. She graduated from Goucher College and received her masters in education from the University of Pennsylvania. She began teaching at City College in 2013 and has been deeply involved in progressive organizing throughout Baltimore ever since.

“If we do not invest in our youth, we are not serious about crime,” Muller Paz said.

All in all, her tenets largely overlap with the left-wing of the Democratic party. But if she wins in November, Muller Paz would represent a new era of progressivism within City Hall.