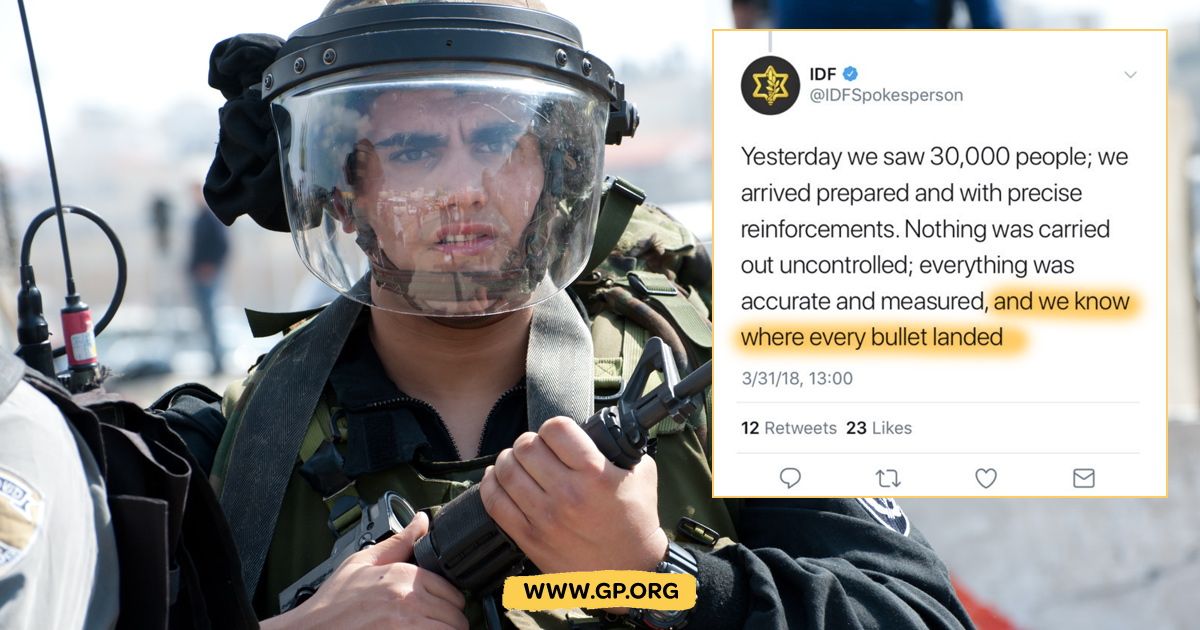 APRIL 2, 2018 — A reported 17,000 Palestinians peacefully marched in Gaza on March 30 as they made their historic demand for a right to return to their ancestral lands when they were met by Israeli Defense Forces (IDF) snipers who opened fire, killing 17 people and wounding about 1,500. The Great Return March was the beginning of a six-week long protest that was due to end May 15, the 70th anniversary of the Nakba (catastrophe) marking the day 750,000 Palestinians were driven from their homes by the new state of Israel in 1947.

The Black Alliance for Peace (BAP) condemns this and all violence carried out against the Palestinian people by the Israeli government. BAP demands an end to the occupation and the continued theft of land and resources by the Israeli government. BAP calls on the U.S. government to cease financial and military support for Israel, which makes every U.S. resident complicit in an ongoing war crime. BAP condemns the corporate media that characterized the assault as a "clash"—where one side had the power of a militarized state and the other side had nothing but unarmed men, women and children.

The Israeli government continues its brazen disregard for life and even bragged about the killing in a now-deleted message posted on Twitter, proclaiming they "know where every bullet landed." Israel has no reason to fear retribution. As a client state of the United States, it acts with complete impunity. Every gun, bullet, bomb and tank in Israel is paid for by our government. The United States uses its seat on the United Nations Security Council to protect Israel and to defend it against the international law it violates on a daily basis.

The killings in Gaza occurred as people across the United States continued to demand justice for Stephon Clark, the Sacramento, California, man killed by police in that city. He is one of over 1,000 people in the United States who die at the hands of police every year. Police departments across the country are trained by the Israelis, who are expert at subjugating and terrorizing their colonized population.

The people are righteously angry about gun violence. The March for Our Lives must be a march for every life, for people victimized by armed individuals, for people killed by police departments, and for people all over the world killed by the U.S. military and its client states. BAP condemns the increased militarization of police departments in this country, which continues the violent occupation of communities of color and makes the deaths of people like Stephon Clark an inevitability.

The connections between Palestine and occupied America are clear. BAP demands justice in the United States and in Israel and calls upon peace loving people everywhere to oppose state violence against oppressed people.

We appeal to members of the Congressional Black Caucus (CBC) to denounce the Gaza killings and join in efforts to end the unbroken military assistance provided to Israel and the use of U.S. tax revenues to subsidize this apartheid state. We invite members of the public to call the CBC today: (202) 226-9776