My generation has failed you, but we can still fix it 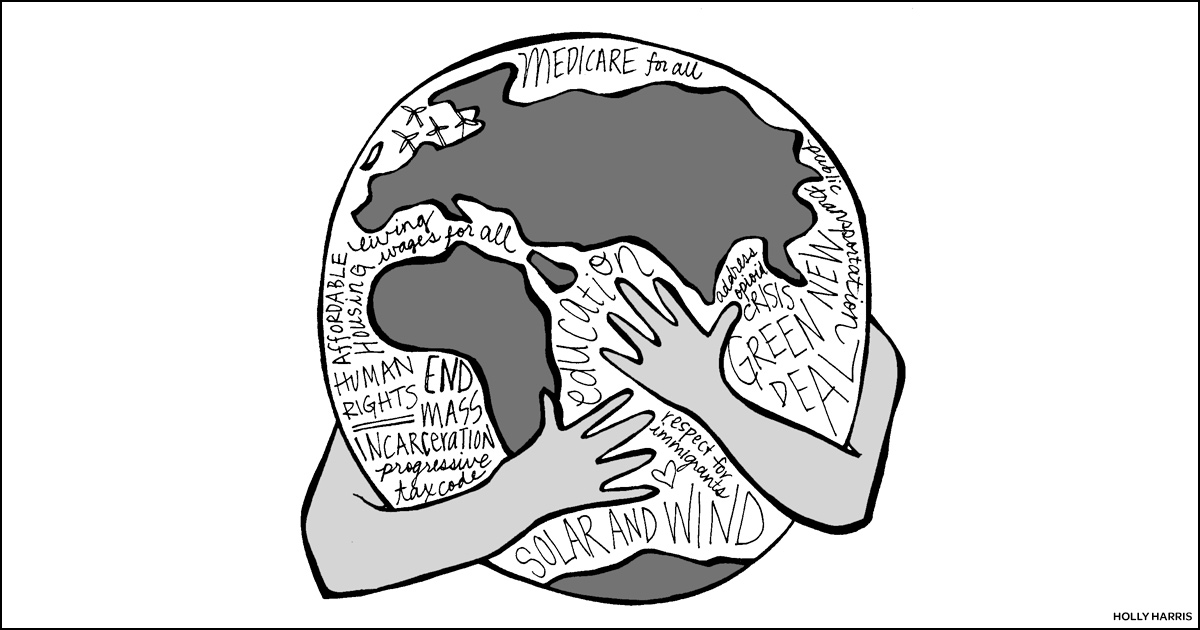 We have failed to make urgently needed changes to an economic system that ravages the planet we all depend upon for life. Many of us have been actively involved with, or at least silently complicit in damaging the ecosystem.

It can sometimes seem inexplicable that older folks seem indifferent or resigned to ecological destruction. With wildfires burning out of control around the planet, we continue to invest in and subsidize fossil fuel extraction. The Gulf of Maine and other ocean waters are warming so quickly that centuries-old fishing grounds are disappearing. Yet we continue to barely give lip service to solutions like renewable energy, public transportation and regenerative agriculture.

With multiple species on the brink of extinction due to climate change, we continue to fund an enormous budget every year for the Pentagon, which has the biggest carbon footprint on the planet—bigger than 140 nations—created waging endless wars. This addiction to militarism and war, and its many downstream effects, is another woeful legacy of the Boomer generation’s failures.

Our planet’s atmosphere counts military emissions, and so should we. I founded the Maine Natural Guard to help people connect the dots between militarism and its harm to our climate.

The recent assassination of Iranian officials was especially alarming, seen by many in the U.S. as bringing us one step closer to the possibility of a worldwide nuclear war, and is almost certain to perpetrate ever more military build-up and waste.

Imagine if our government spent as much time, energy and money on solving the climate crisis as it does patrolling the world for enemies to kill. My generation hears but does not heed, young voices pleading—demanding—that climate change is treated as the emergency it is.

You need more than apologies, though. You need bold action. So here are some of the solutions I’m offering in my run for U.S. Senate:

A Medicare for All health care that will cover everyone, provide better care, and cost less, instead of a system that drives sick people into bankruptcy.

Fully funded public education, including public higher education without student debt. Forgiveness of student loans so that young people can begin their adult lives with the freedom to realize their potential and contribute to the common good.

A living wage for all, including housekeepers, food servers and other service workers.

Affordable housing as a human right.

A progressive tax code that requires everyone to pay their fair share, and eliminates loopholes that have billionaires and wealthy corporations paying a lower rate than working people, or even nothing.

Humane treatment of migrants and asylum seekers, with no concentration camps for refugees, no family separations and a renewed respect for immigrants’ rights under international law.

Harm reduction measures for opioid addiction, and addressing this crisis (and drug use in general) as a mental health care issue rather than as a crime.

An end to the mass incarceration of people of color (POC), including children, and accountability for police violence against POC.

My generation should have done better. Yours surely will. There is no limit to what a group of dedicated human beings can accomplish working together for the common good. We must do so now, urgently. The future of life on Earth may depend on it.

Lisa Savage is a member of the Class of 1977. She is running for the US Senate seat currently occupied by Susan Collins.