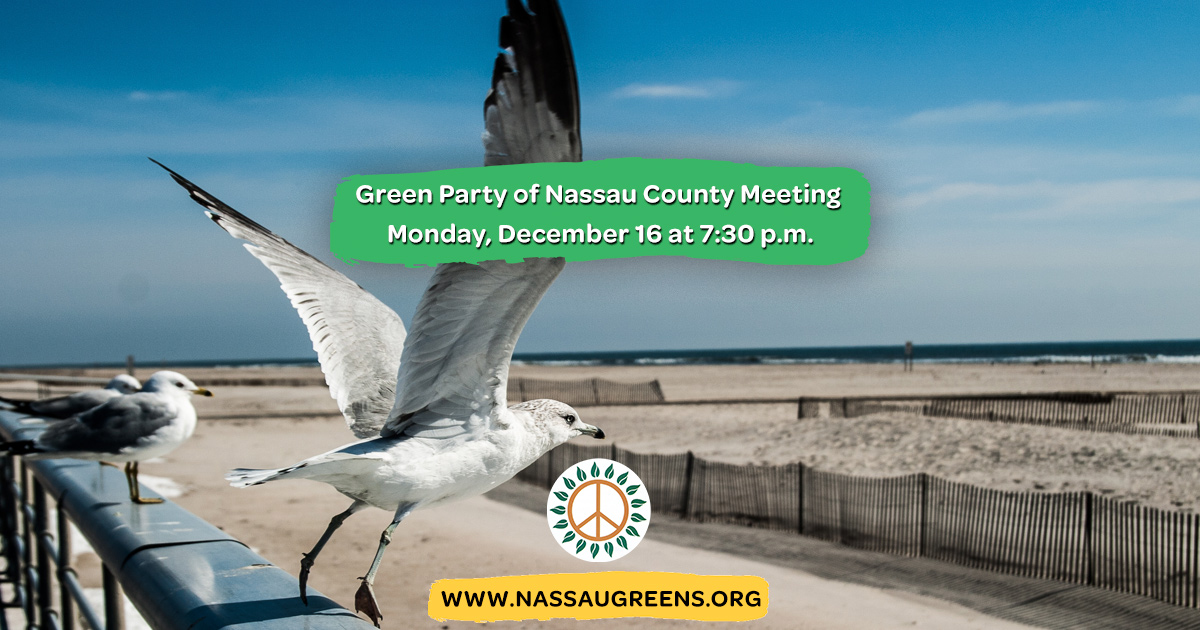 FREEPORT, NY – The next meeting of the Green Party of Nassau County is scheduled for Monday, December 16th, 7:30 p.m. at the Freeport Memorial Library, 144 West Merrick Road, Freeport, NY 11520. Our meeting will feature a program by Rachel Silang of the Answer Coalition LI. All are invited!

Rachel Silang is a southeast asian-american leading member of the Party for Socialism and Liberation. Rachel has been organizing protests against U.S. intervention, war, racism, LGBTQ bigotry, and for women's rights for the past 6 years with the party. She has been organizing on Long Island since 2016 and has organized campaigns on the Island such as the Justice for Keenan and Anthony campaign in Suffolk County that demanded justice for a double homicide of two young black men by a racist white vigilante who was given only a misdemeanor initially for his crime.

Most recently, she organized a demonstration in front of Peter King's office against intervention in Venezuela and has helped to support her organization in the fight to protect the Venezuelan embassy. She is also the host and producer of the radio show Women Fight Back! on WBAI 99.5 FM that you can catch every Wednesday at 7:00 p.m. to hear about women's issues and hear from women organizers on the front lines of struggle.

This talk is free and open to the public.

Hope to see you all there!