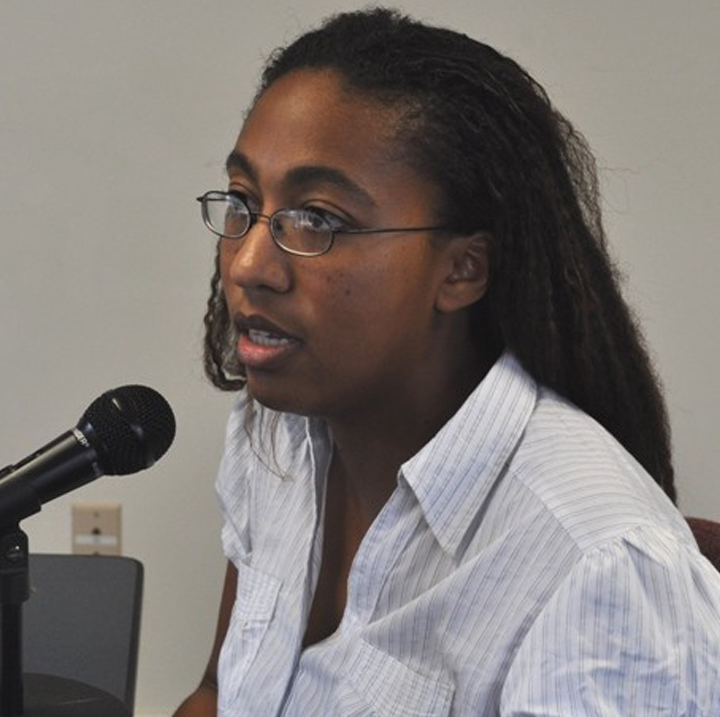 A 30-year-old Green Party candidate for the U.S. Senate died late Monday night, less than two days after she was hit by a car while riding her bicycle in the Largo area, authorities said.

Maryland State Police said Natasha Pettigrew died at a Prince George's Hospital Center at 10:30 p.m. Monday. She had been critically injured on Route 202 about 5:30 a.m. Sunday while training for a triathlon, police said.

In a statement, Maryland Green Party co-chairman Brian Bittner said that Pettigrew had "incredible potential as a future leader for this party and this state" and that the Green Party had "never experienced a loss like this."

"We all looked forward to working with Natasha for years to come," Bittner said.

Pettigrew was hit by a sport-utility vehicle traveling near the intersection of Campus Way. State police said the driver apparently thought she had hit a deer or another animal and realized what had happened only when she arrived home and found Pettigrew's bicycle trapped under her car. Pettigrew was not dragged by the vehicle but suffered severe injuries, police said.

The driver, who police identified as Christy R. Littleford, 41, called Prince George's County police sometime before 6:30 a.m. on Sunday to report the crash. County police then relayed the information to state police, who were on the scene.

"She had driven to her home and called from her home," said Greg Shipley, a Maryland State Police spokesman. "The initial indication was that she thought she may have hit a deer or an animal in the roadway. . . . When she arrived home and saw the bicycle, she assumed it was something else."

Shipley said investigators are trying to determine whether Pettigrew had reflective clothing on or had operating lights during her pre-dawn ride, but it was not obvious at the scene that she did.

Police said it does not appear that alcohol or drugs were a factor in the crash. State police are investigating the incident, and no charges have been filed.

Pettigrew was born in the District and later moved to Maryland, graduating from Elizabeth Seton High School in Bladensburg. She graduated from Ohio State University and started law school at the University of Miami in Florida in 2008 before taking a break to run for the Senate seat held by Barbara A. Mikulski (D).