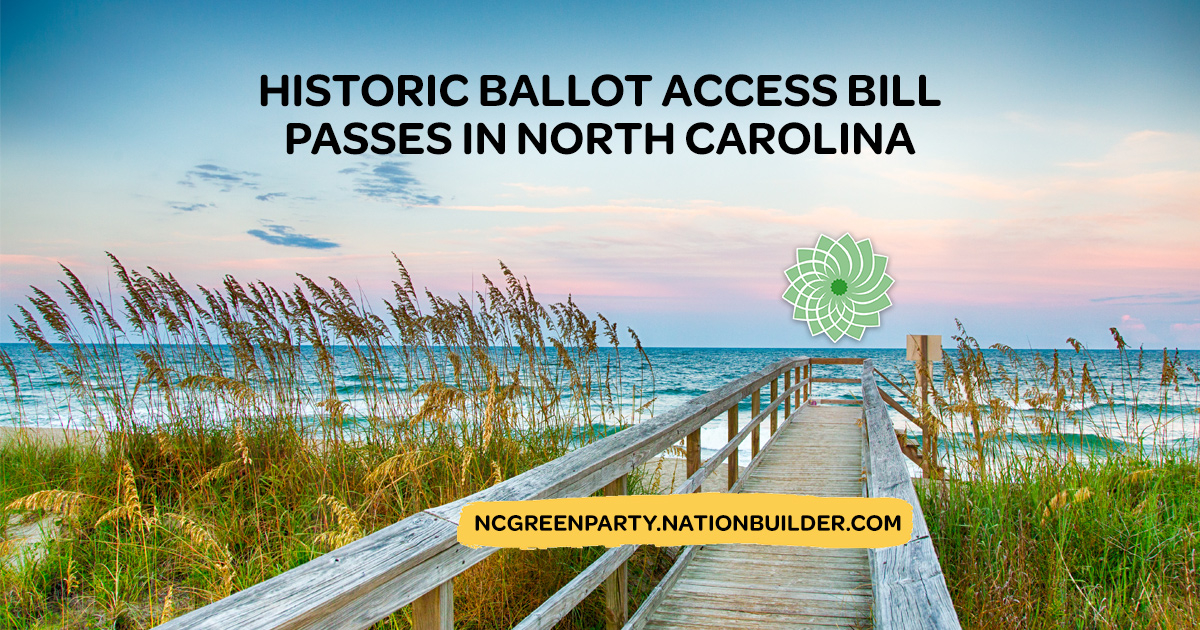 The state elections board voted unanimously to certify the North Carolina Green Party, whose candidates can now automatically be on state ballots through at least 2020. It joins North Carolina's other official parties — Democratic, Republican and Libertarian — for federal, state and local offices.

The decision also means voters can now officially register with the Green Party, which promotes a pro-environment platform that extends to universal health care, renewable energy, equal rights and opposition to war. State Green Party membership, counted internally by the party, is currently in the hundreds, with five regional chapters.

Party members will gather through a convention to nominate candidates for what is likely to be a limited number of seats in November, Green Party co-chairwoman Jan Martell said. Those candidates must be provided to state officials by July 1, according to state law.

"It's going to be a quantum leap for us," Martell said in an interview. "It gives us the credibility that we need to be recognized as legitimate players in the political process in this state."

The Green Party and other smaller parties have had a steep mountain to climb to get official recognition because, under the state's old law, they had to collect more than 90,000 signatures from registered voters.

Even if successful, the collection process had to be repeated if the party's candidate for president or governor failed to receive 2 percent of the vote in North Carolina. Only the state Libertarian Party, now with 35,000 registered voters, has overcome these obstacles dating back to the 1990s.

But the GOP-controlled legislature last fall approved a law that dramatically reduced the signatures required to about 12,000 registered voters and created a new qualification route.

Until Tuesday, Green Party candidates could only run as independent or write-in candidates, each with their own signature mandates. Now that's changed.

"It's always been possible theoretically for us to run candidates (but) it's nearly impossible to recruit candidates" without official recognition, she added.

The state elections board didn't act until Tuesday because its nine members had not been appointed by Gov. Roy Cooper until earlier this month. The board has been vacant while Cooper challenged other laws reformatting the board and its membership.

It's possible the Green Party could hold primaries in 2020. The party will remain on the ballot after 2020 if they meet one of the three requirements — having candidates in at least 70 percent of the states, meeting the 2 percent threshold for president or governor, or collecting the 12,000 or so signatures.

Democrats still are atop the list of party membership in North Carolina, with 2.66 million registered voters, followed by the Republicans at 2.08 million. But unaffiliated voters, now at 2.13 million, surpassed Republicans last year to become the second largest category.

This story has been corrected to show the qualification data were presented in December, not January, and the number of registered Republicans is 2.08 million, not 2.07 million.