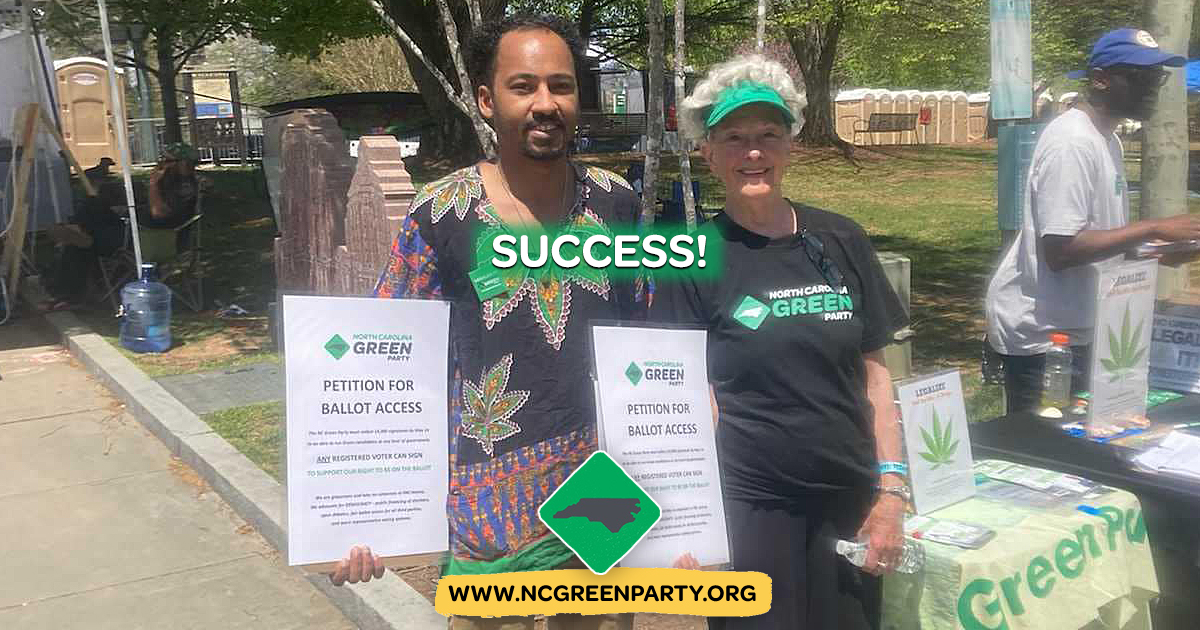 Today the North Carolina Green Party submitted for certification with the North Carolina State Board of Elections as a recognized political party that’s set to nominate Matthew Hoh, a disabled Marine Corps combat veteran who resigned from his position with the State Department in Afghanistan in 2009 over the escalation of the war, as its candidate for U.S. Senate at their upcoming convention this June.

Hoh says “North Carolina now has a party and a candidate for US Senate who supports Medicare For All, student and medical debt cancellation, affordable housing, an end to the War on Drugs, universal higher education, a Green New Deal, living wages, and other progressive policies that benefit the working people of North Carolina.

I’m running for the U.S. Senate to give the people of North Carolina someone to vote for who represents them, their families and their neighborhoods, and who isn’t beholden to the big money that controls our elections. Polls show a clear majority of Americans want more choice at the ballot box, along with fundamental changes to our political, economic and healthcare systems.

I’m excited for this opportunity and grateful for the hard work and effort of our campaign and party members who made this possible and the tens of thousands of people who have already supported us in a multitude of ways, including each of the nearly 22,000 people who signed our petition to get us on the ballot. Now it’s time to be a voice for millions of North Carolinians and disrupt the political status quo that has been deadly, oppressive and limiting to so many American families.”

To see how Matthew Hoh’s campaign for US Senate is remarkably different from the priorities and policies of the Democratic, Republican, and Libertarian candidates and why his voice is needed in this election, please visit: https://www.matthewhohforsenate.org.