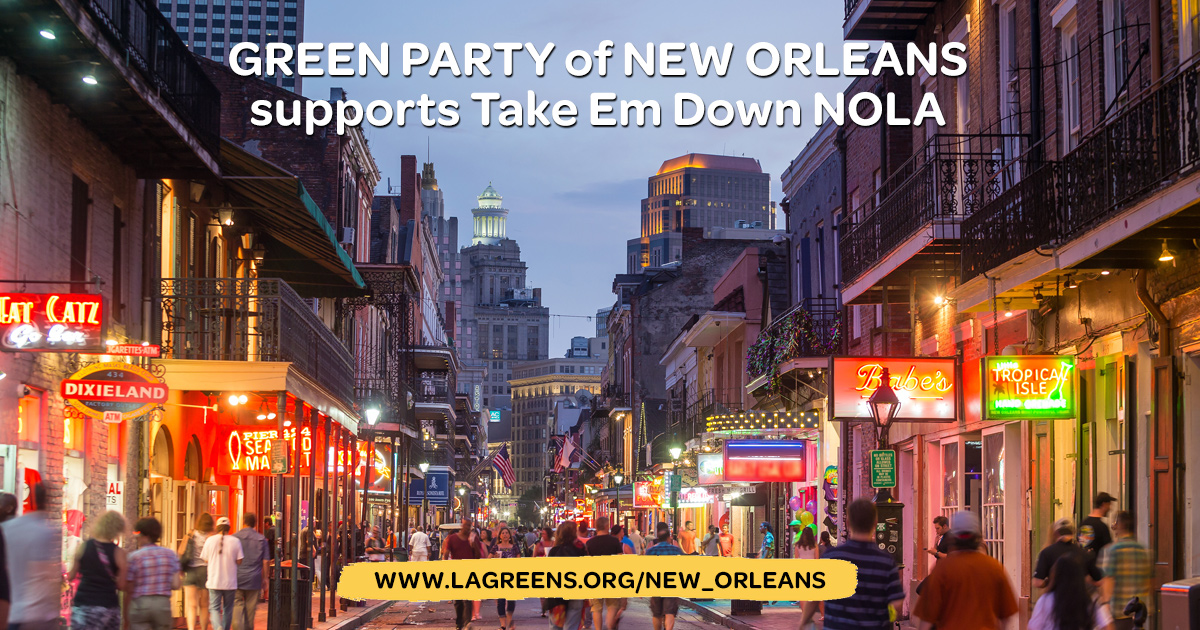 The Green Party of New Orleans enthusiastically supports the efforts of the Landrieu administration to remove monuments to white supremacy from the streets of New Orleans, and we wholeheartedly endorse the efforts of Take Em Down NOLA in pressing the demands of this cause. 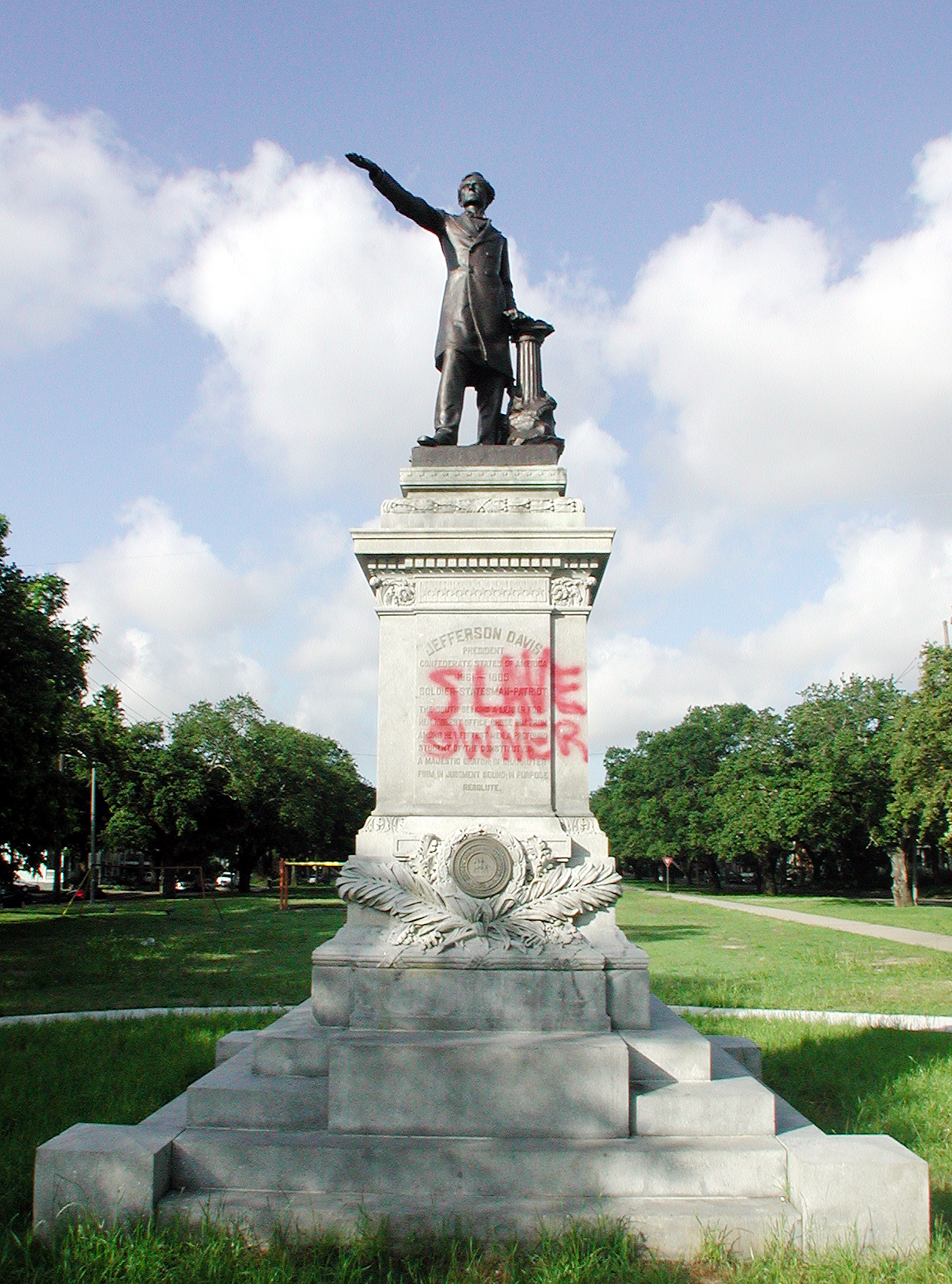 As students of history, we know that these monuments were not erected as memorials to the Civil War so much as symbols aiming to reinforce the dominant ideology of white supremacy. The Confederacy, after all, lost the war, and slavery was outlawed; the monuments were designed to say, "Yet still, we rule." They were designed to maintain and reproduce a harsh and rigid racial caste system.

It is time to unequivocally repudiate this oppressive system. Removing these monuments is symbolic of that ongoing effort.

We understand the value of historical artifacts. We call on the City administration to take great care with the monuments, once removed, to ensure that they are placed in a proper educational context, where they can be studied and remembered for what they are.

We are proud of the leading role that liberatory activists in our city have played in the long struggle for justice. At the same time, we recognize that this work is far from complete. As the struggle continues, we aim to work with those who organize and fight for justice and liberty.