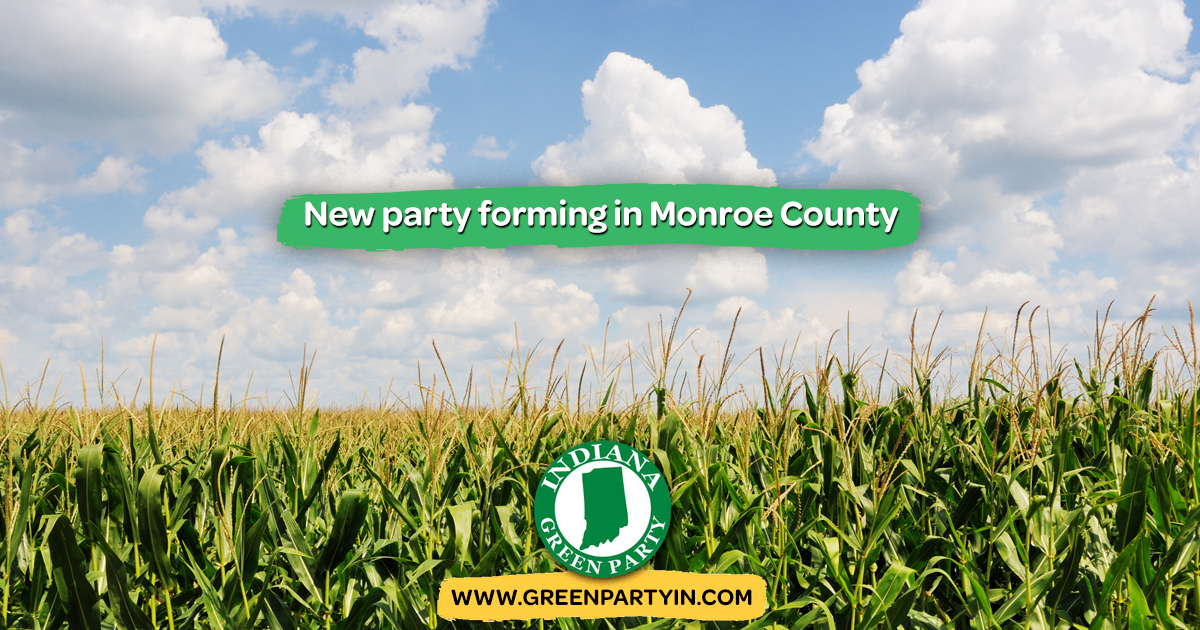 BLOOMINGTON, In. – A new branch of the Green Party in Monroe County could present candidates for local ballots as soon as the 2020 election.

Potential new members have already had two meetings at the Monroe County Public Library to talk about the process of forming the party, which includes electing officers, creating bylaws and deciding what issues are currently most important to tackle. "I'm shocked we've got the kind of response we've seen," Randy Paul, who is leading the Green Party creation effort, said at the October meeting.

Paul resigned from the Monroe County Democratic Party in August over concerns of corruption and poor handling of controversial issues, such as considering denouncing a local Democratic official who is running independently for Bloomington City Council.

Paul said residents are showing desire for political competition in an area with a Republican Party that has not seen strong electoral representation in years. He thinks a new party will help keep the Democrats' power in check.

Candidates in Monroe County have run under the Green Party name in the past, but Paul said he hopes to create a more sustainable political force and keep the group around for more than one election cycle.

After the executive board elections Tuesday, candidates discussed bylaws that will be voted on in a future meeting.

Paul recommended using meeting attendance instead of dues as a way to establish membership, as some students or other potential members might not be able to afford the $25 called for by the state.

The plan is to have the national Green Party's Ten Key Values in the bylaws, including social justice, ecological wisdom and respect for diversity.

Paul said members will not be expected to vote for all Green Party candidates all the time.

"As long as you're saying you don't speak for the party, you're fine," Paul said.

George Wolfe, vice chair of the Indiana Green Party, offered advice in October for the early stages of adding a new party to Monroe County, noting the importance of advocating for issues the Green Party decides is important.

"When we bring our party forward, our whole purpose has to be to contribute to the political conversation," Wolfe said.

According to the national Green Party website, the group advocates for ideals such as democracy, social justice, ecology and peace. However, the Monroe County group is looking for area-specific topics to expand on the general values.