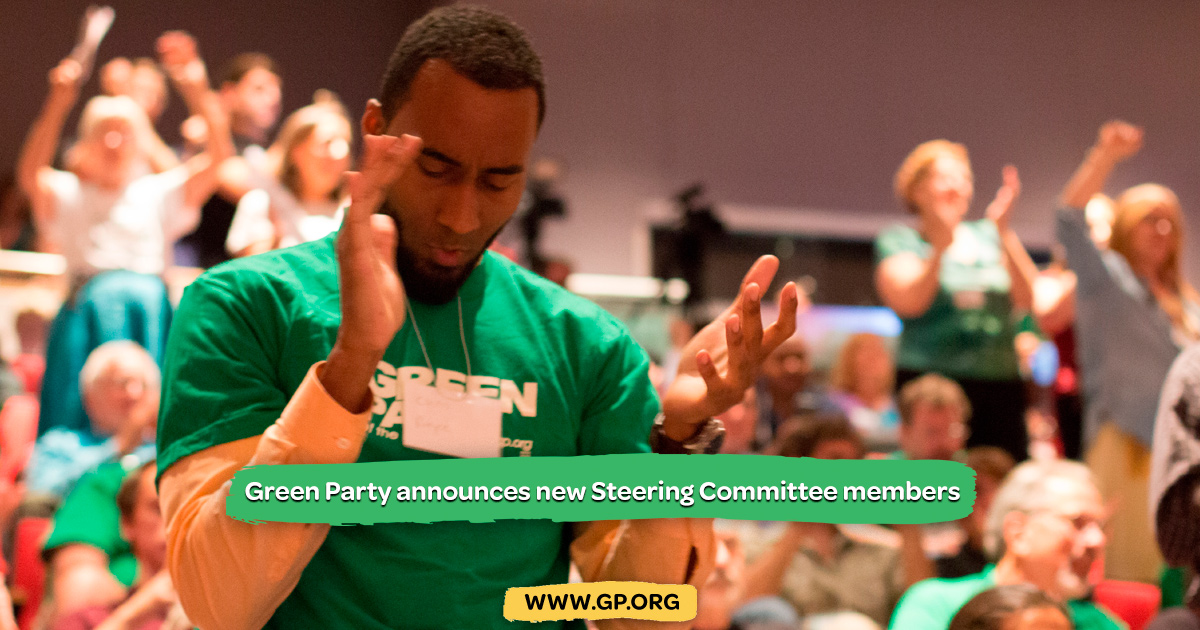 The National Committee of the Green Party of the United States has announced the election of four co-chairs and secretary. Trahern Crews and Kristin Combs were newly elected as co-chairs, joining Gloria Mattera and Tony Ndege who were re-elected to a second term. David Gerry was elected secretary. The election results were announced at the National Committee meeting in Salem, Massachusetts, on July 27. The new Steering Committee members were elected to replace steering committee members whose terms had ended, and join continuing members Anita Rios, Margaret Flowers, Justin Beth and Hillary Kane.

The co-chairs serve as the spokespersons of the party and execute the day-to-day administration and operations. The co-chairs, secretary and treasurer form the party's Steering Committee, and are elected by the 239 members of the Green Party's National Committee, which consists of delegates from state Green Parties and Green caucuses.

In 2015, Combs ran for city council in Philadelphia in an historic race. Running on a red/green platform, she was the only queer candidate and the youngest candidate. She had the endorsement of several unions and neighborhood organizations, and every socialist organization in the city except for one that ran their own candidate. Her win number was 40,000, and she received over 11,000 votes, the best showing from a candidate outside of the two major parties in decades. In 2016, she ran as a statewide candidate for Treasurer and received enough votes to secure minor party status for the Green Party of Pennsylvania until the next election cycle. Combs was the petition Coordinator for Paul Glover’s campaign for governor of Pennsylvania in 2018. She stated: “I'm excited to serve as a co-chair for the only political party that proposes holistic solutions to our social, economic, and climate crisis.”

Crews has been active in Black Lives Matters in Minnesota in organizing mass protests and community meetings, and working on creating and getting legislation passed on criminal justice reform. He was endorsed by the Green Party in his run for Saint Paul City Council, where he received 14% of the vote in a race using instant-runoff voting. One of his key issues was raising the minimum wage to $15 an hour. He has also supported a “care over confrontation” campaign to reduce harm to people who contact the city for help with a mental health crisis.