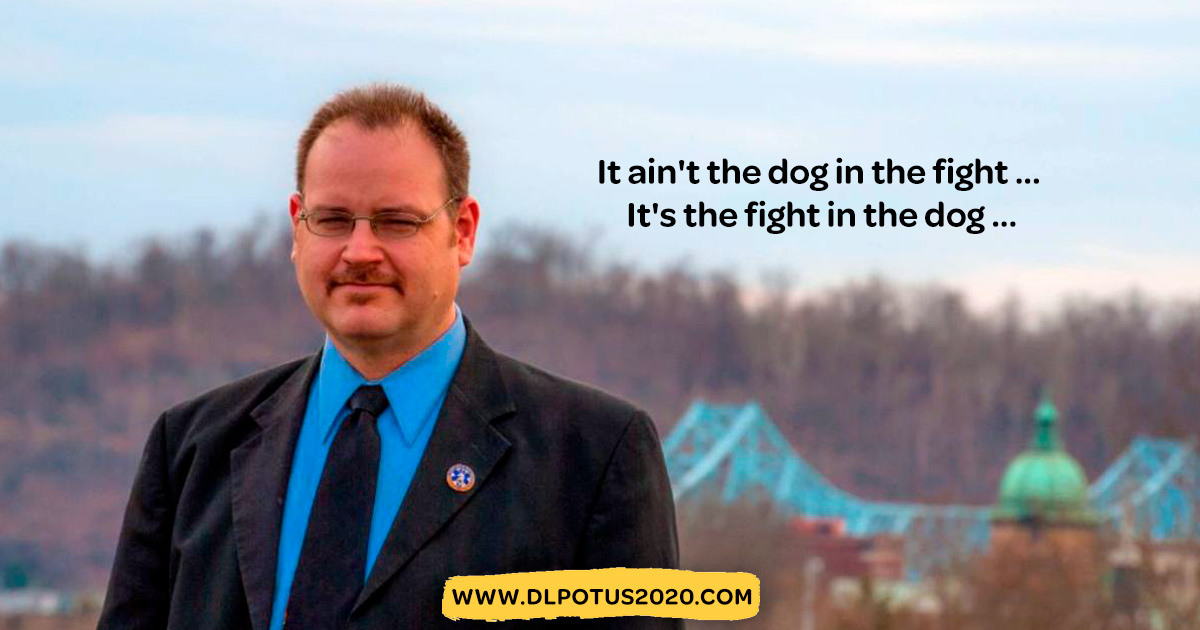 He's always stood up for people as long as I've known him. He spent the last six years in service to veterans looking for benefits as a Veterans Service Officer, and getting them employment, tax refunds, federal and state benefits with the Military Veterans Resource Center, a non-profit based in Columbus.

He told me they served over 16,000 meals in one year to veterans and their families. (He was probably modest, because I know he will help anyone who needs. Despite this, Dennis doesn't talk much about making only $10 an hour and driving 90 minutes both ways to and from work. (He will talk about losing three cars during his six years.)

He doesn't speak much about creating a recycling program at Ohio University, nor does he talk much about his Eagle Scout project that was a recycling educational program for Ashland, KY. But he will tell you how he only generates one 13 gallon garbage bag of trash every two weeks in his house or show you something he's had for a looong time or made from recycled items.

Dennis has the heart of a champion. I only agreed to do this because I know how much Dennis cares. And when I see Dennis care about something, you bet he's going to fight.

I didn't believe it when he said he was running for the Ohio State House in 2010, just ten years ago. But he did it and got a lot of votes for spending only $700 of his own money while he was working as a manager at Taco Bell in Ironton, OH.

Four years later, he was running for Congress against Bill Johnson, he went all around the gerrymandered Ohio 6th and won over 3% of the vote with no mainstream media coverage of his campaign! (I took the picture above for his campaign.)

So you can believe me when I tell you, Dennis is a big fighter and whatever you can do to help his campaign will be used to keep up our fight for you and his four point platform.

Can you donate today?