Next steps for the Baltimore Greens 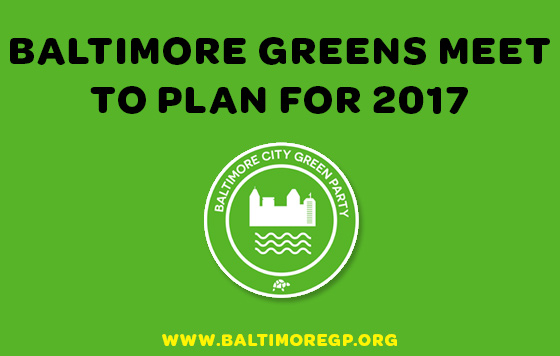 On Monday evening, November 21, 2016, members and supporters of the Baltimore Green Party met to discuss the recent election and to lay out plans for 2017. A large diverse turnout of at least 70 people attended. The meeting was an idea session -- people making suggestions on actions, issues and outreach for the party. 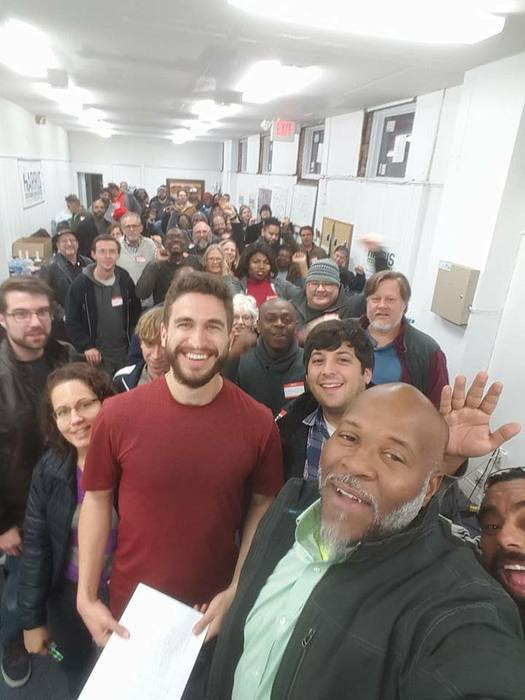 One suggestion from a member of Margaret Flowers campaign staff applied more to a national rather than local effort. He suggested that a survey of campaigns around the country be taken of lessons learned from running for office, stating "we can learn a lot from each others successes and failures".

Those in attendance agreed that with the non-hierarchical nature of the Green Party this might be difficult to accomplish but a survey should be sent to candidates about their experience or it could be sent to state parties asking them to forward to candidates. The former would be a smaller sample but perhaps a more useful one.