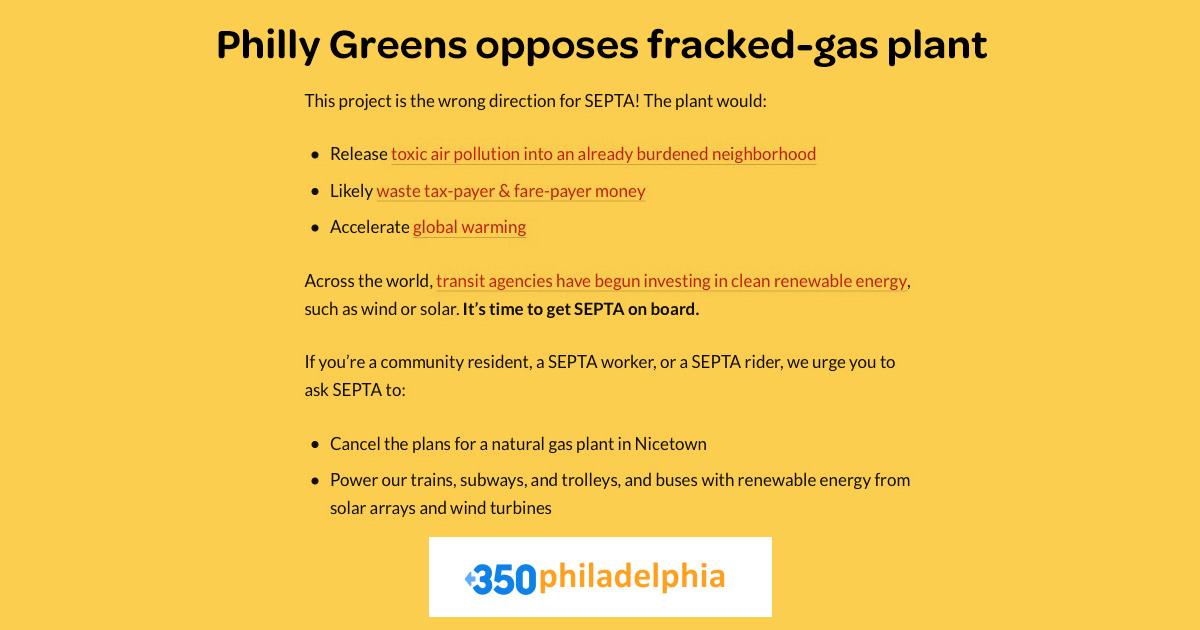 Chris Robinson, GPOP membership secretary, said, "It is important to continue educating the public about the environmental dangers of the gas power plant and mobilizing those who are opposed." Legislators who have voiced support for the opposition to the plant include State Representative Rosita Youngblood and Councilwoman Cindy Bass.

The Greens in attendance also voted unanimously to endorse Jules Mermelstein for PA Superior Court Judge. "I am delighted to receive the endorsement of the Green Party of Philadelphia," Mermelstein responded. "In recent years we have seen the evidence of the misuse of the justice system by both parties in Pennsylvania. We have seen PA Supreme Court justices being forced to resign. We have seen Attorneys General of both parties end up in jail. We have seen a juvenile court judge selling our children to a private prison. And most recently we have seen the DA of Philadelphia indicted for corruption. The Green Party and I will be reaching out to work with other individuals and groups interested in bringing true justice to Pennsylvania, beginning with my election to the Superior Court in November."

Mermelstein, a retired attorney and teacher, received the endorsement of the Green Party of Pennsylvania (GPPA) in January and will run as a Green Party candidate in the November 7 General Election.

Green Party members Olivia Faison and Eric Hamell will run for Minority Inspector of Elections at their respective polling places in November. Galen Tyler, GPOP chair, said, "We are searching for others who would like to run for office on the Green Party ballot in 2017 and 2018."