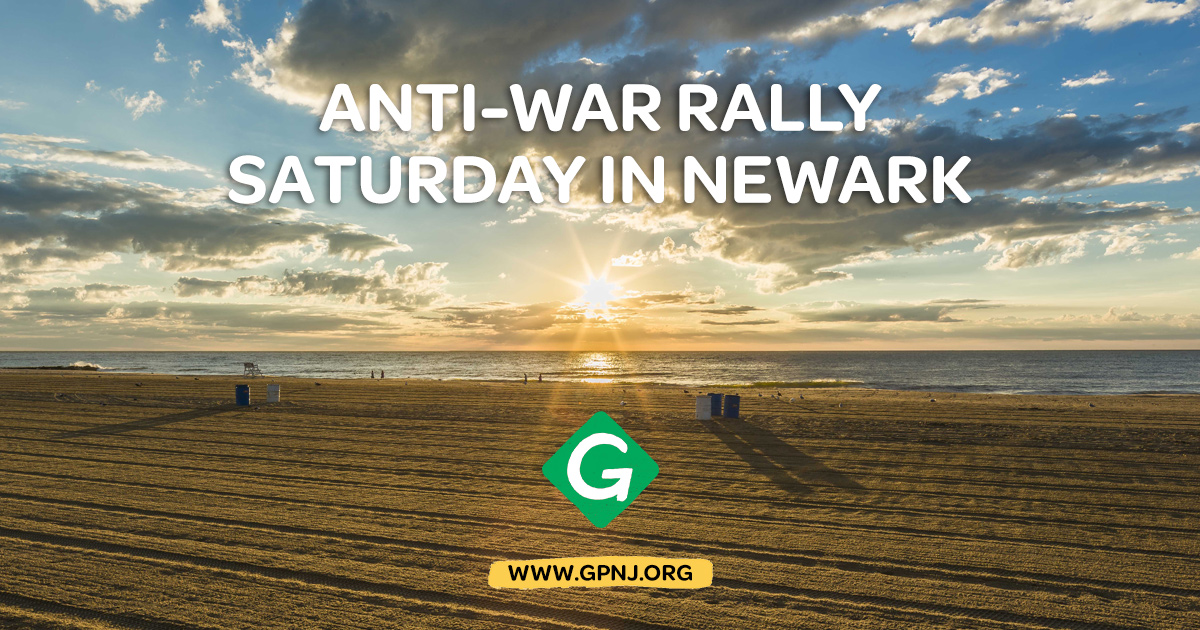 Members of the media and general public are invited to a protest against the hostile threats of the Trump Administration made at the United Nations, as well as the financing of those threats through Tuesday's $700 billion war budget vote – with both NJ Senator Booker voting in favor and Senator Menendez not voting. The protest will demand an end to preparations for war and threats of war against North Korea, Venezuela, Iran, and Yemen. It will also demand $700 billion for the recovery of Puerto Rico, Florida, and Texas, and to meet human needs throughout the US.

According to Madelyn Hoffman of NJ Peace Action, “Donald Trump used the platform of the United Nations to call for and threaten military action against much of the world, an action illegal under international law and made worse because it was done at the U.N., a place established to try to minimize the need for war. The world and this country can’t afford another war – the $700 billion military budget approved by the U.S. Senate will be funded by deep cuts to environmental protection, public transportation, public education, and more.”

Several presentations about the threats of war will be made at the MLK monument. According to an organizer, Bob Witanek, “If we have the crowds we will march! It is time for there to be some serious resistance to the escalation of the threat of ultimate war.”

WHAT: Protest in Response to Trump Threats at UN
WHO: NJ Peace Action, NJ Anti-War Agenda, Green Party of New Jersey, Green Party of Essex County, and others
WHEN: Saturday, September 23, 2017, 11am-1pm
WHERE: The MLK Statue at MLK Blvd and 13th Av (Near Old Records Hall) in Newark, NJ

About NJ Anti-War Agenda
NJ Anti-War Agenda is a coalition of progressive organizations and other individuals that oppose endless US war or military action against other nations. They are dedicated to redirecting the exorbitant funding that goes to US militarism into programs that will improve the lives of people in the US and especially New Jersey. They hold regular anti-war protests in central and northern New Jersey. To learn more please visit their blog at http://njnouswarinme.blogspot.com/