The Green Party of New Jersey Questions the New Congress's Priorities — Military Aid for Israel Instead of Re-opening the Federal Government? 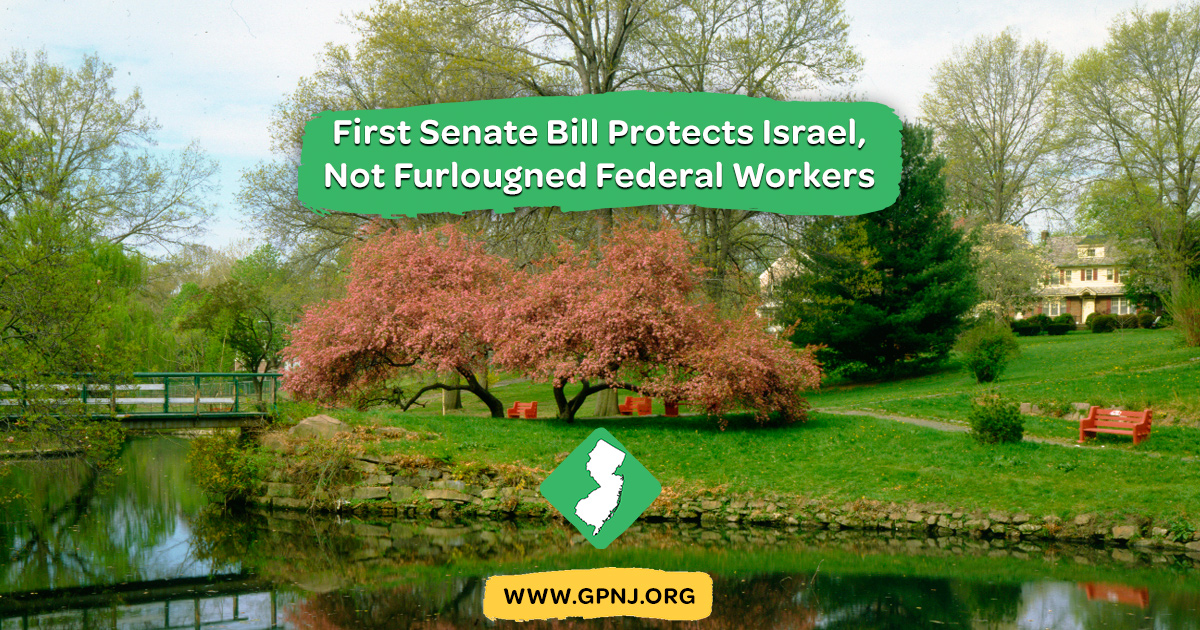 Trenton, NJ – On Tuesday, January 8th, in the midst of a partial shutdown of the federal government, the U.S. Senate will be voting on a series of bills, packaged into one bill, S1. This is the first piece of legislation to be voted on by the new Congress. The Green Party of New Jersey questions why.

"What does this say about the priorities of the new Congress?" said Carrie Gordon, chair of GPNJ's communications committee. "Women in the WIC program, families on food stamps, and some federal employees are not getting paid at this time, but the U.S. Senate can think of approving the largest military aid package in U.S. history to assist the state of Israel.

"In addition, S1 includes the criminalization of support for the Boycott, Divestment and Sanction movement. What a chilling effect on the freedom of speech, for both individuals and corporations who support a boycott of Israeli products out of concern about the actions of the Israeli government toward Palestinians. Boycotts are a time-tested non-violent form of protest in the U.S. This should be honored and respected, not criminalized."

"The Green Party of New Jersey is particularly concerned about the upcoming vote of New Jersey's two Senators, Senator Cory Booker and Senator Robert Menendez," said Madelyn Hoffman, member of the Green Party of New Jersey and former candidate for U.S. Senate in 2018. "Both of New Jersey's Senators, both Democrats, are co-sponsors of the Combatting BDS Act of 2019 portion of S1. The ACLU believes that even this version of the bill violates the essential right to freedom of speech. Additionally, instead of voting for even more military aid to Israel, shouldn't we be focused on finding funding for community needs here at home?"

The Green Party of New Jersey urges New Jersey residents to contact Senators Booker and Menendez and to voice their opinion against the bill, by phoning the Congressional switchboard, 202-225-3121.