'I don't want to settle for the status quo' 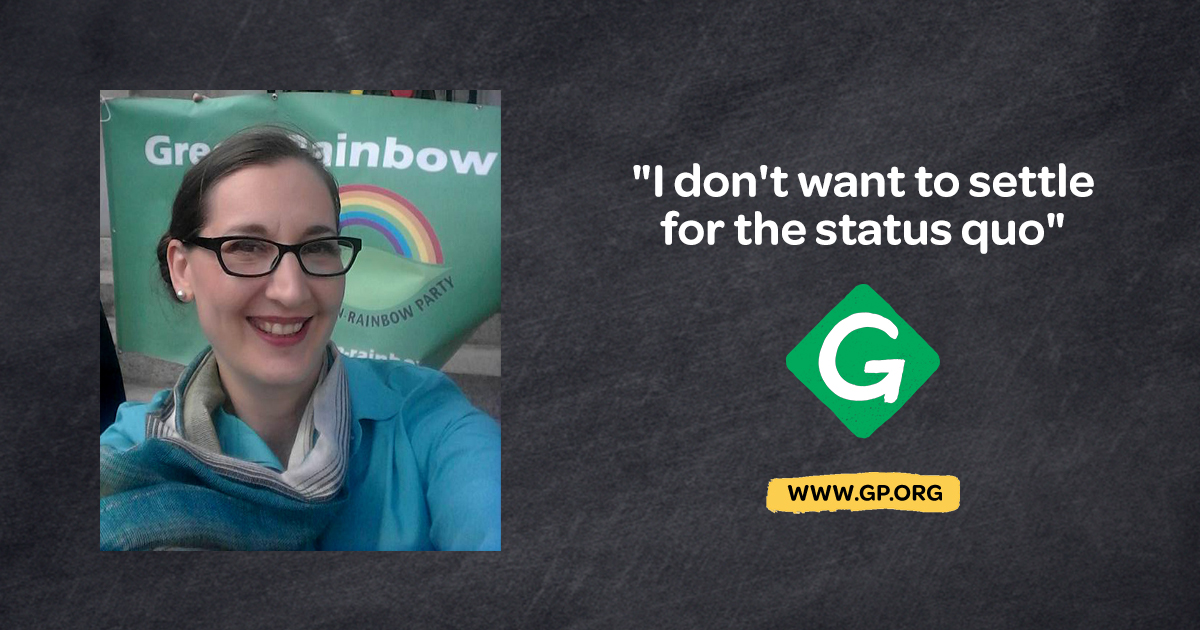 In a deeply divided nation continuing to reel from COVID-19, emotions appear to be reaching a fever pitch as Joe Biden and Donald Trump stump for votes in the last days of the volatile presidential election campaign.

Some voters say the situation is as much a function of the stranglehold Democrats and Republicans have over the election process as anything else. Their solution: vote for a third party. 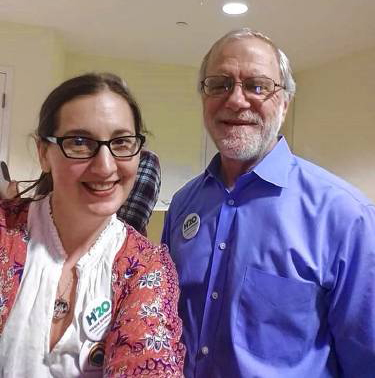 In Northampton, Jamie Guerin is championing the Green Party presidential ticket of Howie Hawkins and Angela Walker. The Hawkins-Walker platform, she and other Green Party supporters say, is far more progressive than what the Biden campaign is offering — and as such is much more in tune with their values.

"I believe in voting for what you want, not for the lesser of two evils," said Guerin, who ran for the state treasurer's office in 2018 as the Green-Rainbow Party candidate (the name of the Massachusetts branch of the national party). "I don't want to settle for the status quo."

At the heart of the Green Party platform are plans that focus on an "economic bill of rights" that calls for, among other things, a $20 minimum wage, Medicare for All and guaranteed affordable housing. Another crucial element is the Green New Deal that's also been championed by some Democratic members of Congress: an all-hands-on-deck push to combat climate change that commits to 100% clean energy in the U.S. by 2030, among other goals.

Guerin was a devoted supporter of Bernie Sanders' presidential run in 2016 and switched her allegiance to the Greens after national Democratic officials threw their support to Hillary Clinton. "That was it for me," she said. "You get tired of having to choose between two political machines that are just interested in pleasing their rich donors."

Another disaffected former Democrat is Lois Gagnon of Belchertown, who also supported Sanders in the 2016 campaign and was disheartened by Clinton's candidacy. The co-chair of the Massachusetts Green-Rainbow Party, Gagnon says she had been dismayed by the Democrats' drift to the right under Bill Clinton in the 1990s and further disappointed by many of Barack Obama's centrist positions.

About Biden, she said "If you look at his record [as a U.S. senator], there's a lot to be concerned about," pointing to his championing of a harsh 1994 crime bill as one example. She's not convinced Biden, if elected, will take the crucial steps she believes are needed to confront climate change and the continued economic disparities in the country, as well as the health care crisis.

Elizabeth Humphrey, another Green Party supporter from Northampton, said "Biden says he'll veto Medicare for All, he won't ban fracking, and he [and Obama] had their own crackdown on immigration."

"He's not someone who represents my views on where this country needs to go," Humphrey added.

The local Green Party supporters make it clear that their disinterest in supporting Biden is not an endorsement of Trump. But they also reject the argument that a vote for the Hawkins-Walker ticket in Massachusetts, where Biden has an enormous lead, is a mistake. Some Democrats have argued that Trump needs to be defeated by the biggest margin possible in the popular vote, even in safe states like Massachusetts, so that his presidency is at least symbolically repudiated.

What's much more important, they say, is for people to have a legitimate third choice in the election. Should the Hawkins-Walker ticket win 5% of the popular vote, the Green Party will win official recognition as a political party and therefore qualify for federal funding; supporters will no longer have to gather thousands of signatures each election cycle to get candidates on the ballot.

And Guerin and Gagnon note that if Hawkins and Walker can get 3% of the vote in Massachusetts, the Green-Rainbow Party will continue to qualify as an official party in the commonwealth, allowing candidates to compete in state and local elections without having to gather signatures.

"It gives us leverage, and it gives voters more choices," said Guerin, who won 3.8% of the vote for state treasurer in 2018. "It gives us a way to push for the kinds of changes we'd like to see — that a lot of people want to see."

The alternative is to continue to allow a monopoly by Democrats and Republicans, Gagnon said, with no substantial changes taking place — and the threat that the Republicans in another four years might nominate a candidate "who's worse than Trump."