Nonviolence in a Violent World 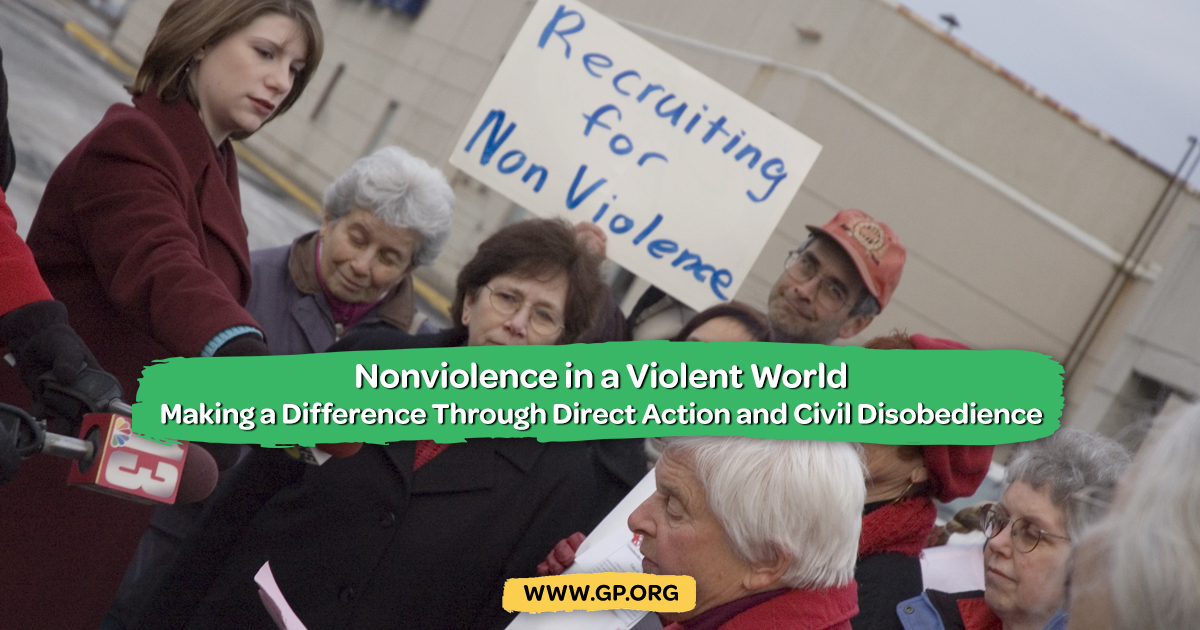 The Green Party Peace Action Committee (GPAX) presented this webinar with speakers directly involved in these struggles followed by Q & A. It took place on November 18, 2021.

The webinar comes at a critical time when the system is tightening its grip and people are looking for creative ways to fight back. The Extinction Rebellion is blocking streets in New York City and the Veterans for Peace are doing Civil Disobedience-CD in Las Vegas over “killer Drones.” Direct actions are taking place across the country with a coalition of dozens of environmental organizations doing mass CD in Washington DC with over 600 arrested and Indigenous leaders occupying the Bureau of Indian Affair. Protesters have blocked the Miami Port to demand an end to Haiti deportations and continuing actions are taking place to stop Line 3.

At the same time a strike wave has swept across the country with workers on picket lines in almost every state. There is a new level of resistance with groups and individuals putting their bodies on the line. Please join us in this important webinar.