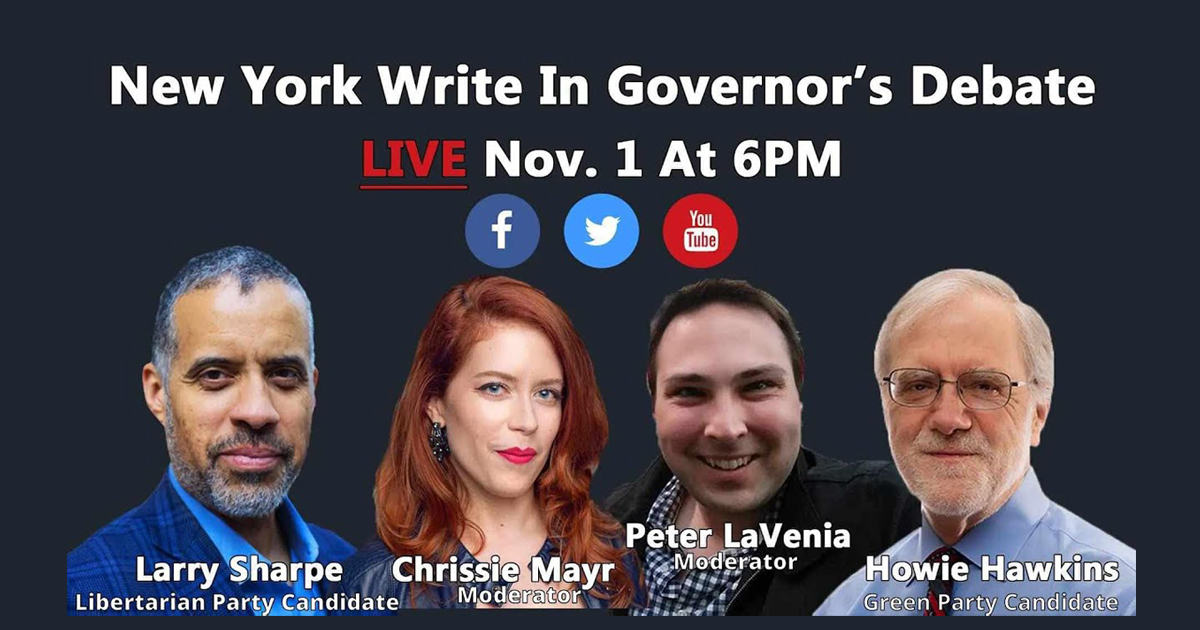 The Chrissie Mayr podcast will host the NY Gubernatorial write-in debate between Larry Sharpe of the Libertarian Party and Howie Hawkins of the Green Party.

The Green and Libertarian candidates should have been in last week’s gubernatorial debate as we have been in the past. Voters should tune in to this debate to find out what they missed.” ~ Howie Hawkins 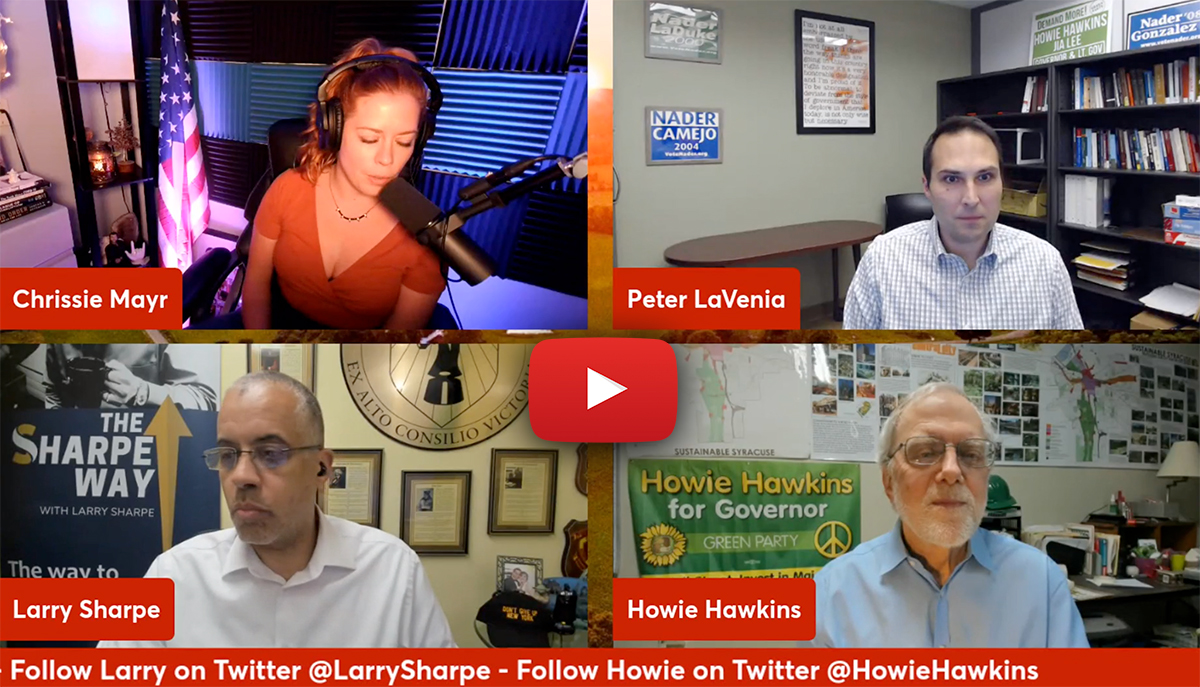 ALBANY, NY, November 1, 2022 /EINPresswire.com/ -- Due to a rule change instituted at the New York State Board of Elections at the behest of former Governor Andrew Cuomo, the only candidates that will appear on the 2022 ballot are the Democrat Kathy Hochul and the Republican Lee Zeldin. Several other candidates petitioned to get on the ballot, including Larry Sharpe of the Libertarian Party, and Howie Hawkins of the Green Party. None of them qualified under the new rules. Additionally, Lee Zeldin attempted to qualify for an additional line on the ballot when he submitted over 11,000 photocopies of signatures as reported in The New York Times.

According to Larry Sharpe, the elimination of all candidates on the ballot other than those of the two major parties is “voter suppression.” At one of several court hearings where the Libertarian Party attempted to regain ballot access, Sharpe said, “We will ensure that for a generation there will be no independent voice in this state and in this nation.”

In a response to the debate between Kathy Hochul and Lee Zeldin, the Green Party and Libertarian Party candidates have agreed to a debate at 6pm Eastern Time on November 1, 2022, on the Chrissie Mayr podcast. This will be a one-hour debate with opening and closing statements, moderated by Chrissie Mayr, a comic, political activist, and podcaster; and Peter LaVenia, a Visiting Assistant Professor of Political Science at SUNY Oneonta in Oneonta, New York.

According to Howie Hawkins, “The Green and Libertarian candidates should have been in last week’s gubernatorial debate as we have been in the past. Voters should tune in to this debate to find out what they missed.”

Topics covered in this debate will cover issues covered in the Hochul/Zeldin debate including crime, the economy, housing, and abortion, drugs and cannabis, cryptocurrency, economic development, and vaccine requirements. Other topics may include Hochul’s alleged pay-to-play corruption, Buffalo Stadium subsidies, and Zeldin’s vote against validating the 2020 election.

Howie Hawkins said, “The major party candidates are a Democrat who routinely engages in pay-to-play corruption and a Republican who fraudulently photocopied signatures to pad his ballot access petition. This debate will have candidates who will discuss their policies, not each other's rap sheets.”

The two candidates for Governor expect to have a spirited debate about the issues that face New Yorkers.

Larry Sharpe said, "With Hochul and Zeldin, you got name calling and virtue signaling. From this debate you'll get actual ideas to deal with affordability, opportunity and safety in New York."

Howie Hawkins and Larry Sharpe are both US Marine Corps veterans who have run for office in previous elections with ballot access.