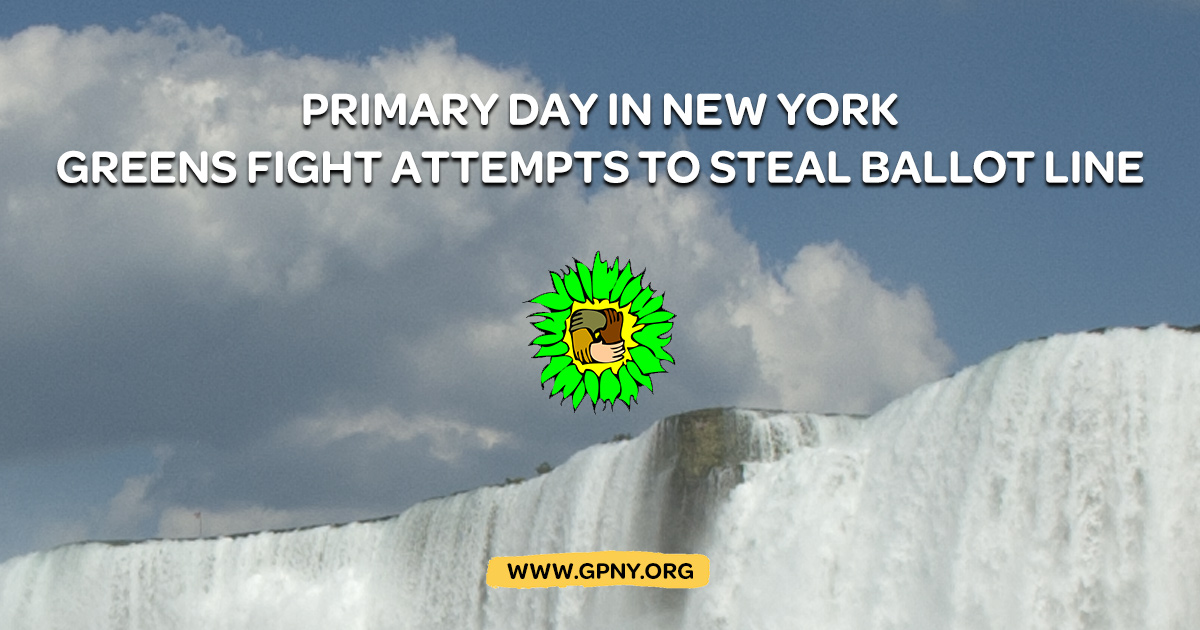 Green Party voters in New York State today will be selecting candidates for Mayor of Albany and New York City Council. Polls open at 6:00 AM in New York City and Noon throughout the rest of state. They remain open until 9:00 PM.

New York State allows fusion voting, whereby a candidate can appear on multiple ballot lines. When the polls close, all votes cast for such a candidate are totaled together, regardless of ballot line.

Because of the "Opportunity to Ballot" provision in state election law, Greens in the Capital District have been forced to field a number of legitimate Greens as write-in candidates in an effort to prevent the major parties from stealing the Green Party ballot line.

Greens running to protect the ballot line include the following:

Specific examples of attempts to steal the Green Party line:

Example One
Sample Ballot asking Greens to write-in 3 candidates, without informing voters that all three are Democrats

Example Four
Letter from a Conservative Party Legislator claiming to be a Green Party member.