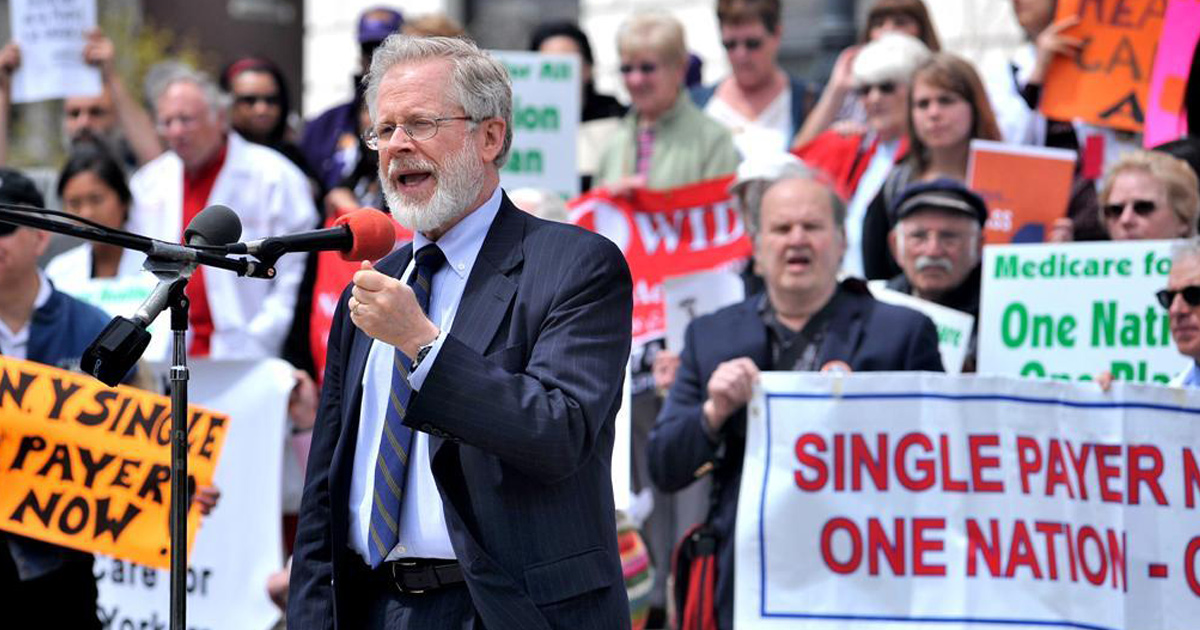 With the country once again debating the future of health care, activists rallied Tuesday in Albany, NY in support of a bill that would create a universal, publicly-financed health-insurance plan for all New Yorkers. 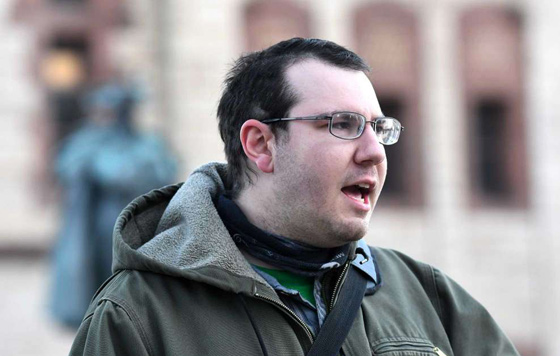 Rallygoer and Green Party candidate for Albany Mayor Dan Plaat believes having a state single-payer plan in place would have a positive impact on local economics. "It reminds me a lot of the anti-fracking movement. Each year the rally gets a little bit bigger. More partners are made and more people catch on to the necessity and the importance of this issue in getting this law passed, this piece of policy done."

The New York Health Act has passed twice in the Assembly, which expects to pass it again for the third year in a row. Assembly Health Committee Chair and bill sponsor Democrat Dick Gottfried says support for universal health care is growing with the public and in the state Senate, where it is co-sponsored by nearly half of all senators.

The bill would replace private insurance premiums, deductibles, co-pays, restricted provider networks and out-of-network charges. It would provide comprehensive health coverage for all New Yorkers, regardless of immigration status, health, or employment status, with full choice of doctors and other providers.

Katie Robbins is the Executive Director of the New York Metro Chapter of Physicians for a National Health Program. "Studies have shown that if the New York Health Act were passed and implemented, you'd have a health care system where 98 percent of New Yorkers would pay less than they do now for health care. Health care costs are rising. The average family plan is $18,000 a year. People know that the increasing deductibles and co-pays, I mean we all know that feeling, if you get sick you worry, 'Oh shoot, how am I going to pay for this?' Under our system, we pay for it up front through a payroll tax as well as a tax on capital gains. And then when you need to sue the system, you don't have to worry about having the money at the time you get sick. It ends this kind of Byzantine practice of tying your health insurance to your job or your marriage."

The program would be publicly funded based on ability to pay and would eliminate the local share of Medicaid, currently funded through county property taxes.

Platt insists health care should be considered a basic right, nationally and locally. "It would be a great benefit to the city of Albany, all of the residents, because it is 'everybody in, nobody out.'"

Platt's campaign platform include economics, the environment, social justice and human rights. He says New York Health affects and is affected by all of these areas.

Robbins notes the bill has 30 co-sponsors in the state Senate, two votes short of a majority. Republicans control the chamber in a power-sharing agreement with the Independent Democratic Conference, and it’s a long shot to reach the floor for a vote. "I think it would start a trend in the country so that other states would do it, and then eventually we would adopt a national 'Medicare for all' system that would guarantee health care as a right to all residents of this country. And New York can be the first state to do it, start the trend and lead the way."

A 2015 study by a UMass Amherst professor estimated that the New York Health Act, if implemented, would save almost $45 billion in the first year alone, reducing burdensome billing expenses, administrative waste in the insurance industry, monopolistic pricing of drugs and medical devices, and fraud.