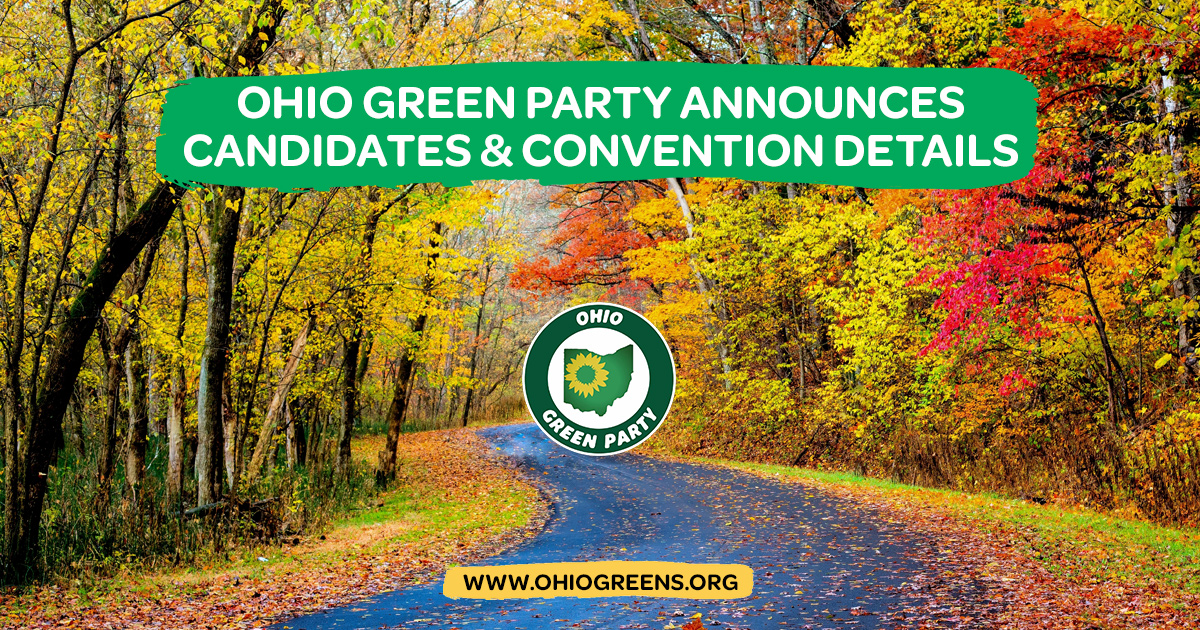 Green Party Fields a record number of candidates for May 8 Primary. Candidates to be showcased at April 7 Convention in Columbus.

The Ohio Green Party is pleased to announce a record number of candidates running in the May 8th primary. At the top of the ticket are Constance Gadell-Newton and Brett Joseph running for Governor and Lt. Governor. Constance is a defense attorney in Columbus. Brett is also a lawyer. He has a Ph.D., and is an instructor in sustainability. They have to get at least 3% of the gubernatorial vote in the November election or the Green Party will lose its Minor Party status. Recent changes in Ohio's election laws make it much more difficult for Minor Parties to exist. The Green Party is the only remaining Minor Party in Ohio.

"We're overjoyed that so many Ohioans have chosen to step forward at this critical time. We are challenging the two-party "system" by giving voters a real choice in this primary," said Joe DeMare, Political Director for the Ohio Green Party. "These brave women and men are making great sacrifices of their time and resources to bring Grassroots Democracy back into our politics and to fight the corrupting influence of corporate PAC's." Green Party candidates are pledged not to take donations from corporate PAC's.

In Ohio, the only way to join a political Party is to ask for that Party's ballot in the primary election. The Ohio Green Party grew significantly in the last two state-wide primaries, almost doubling in size each time. The Party is hoping to grow again this time.

The Ohio Green Party's biennial Convention will be held April 7, at 2231 North High Street in Columbus from 10:00 am until 4:00 pm. Register here if you wish to attend. The Convention is the highest authority according to the Green Party's bylaws. The morning session will be spent working on bylaws and rule changes. The afternoon session will showcase the Party's candidates, past, present, and future.