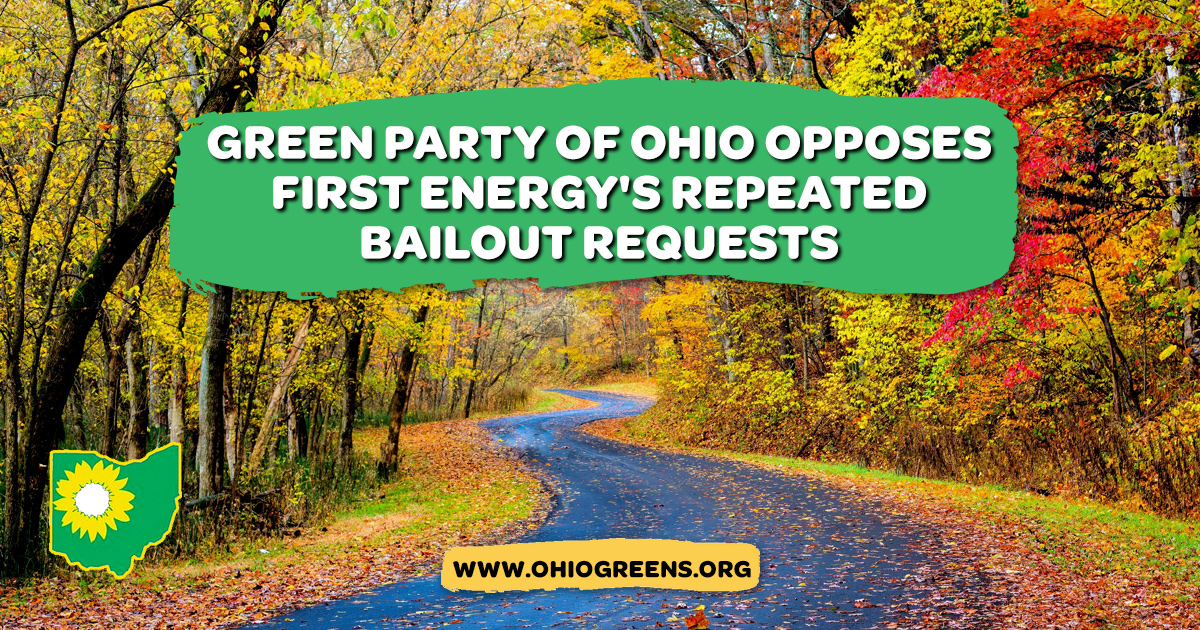 Cleveland OH: The Green Party of Ohio has issued a statement opposing the latest attempt by First Energy to receive rate-payer borne subsidies to save itself from years of mismanagement. Back in December 2015, we publicly opposed the bailout deal that was being asked of the Public Utility Commission of Ohio.

Now First Energy has help in the Statehouse where Senate Bill 128 has been introduced. This bill would force ratepayers in NE Ohio to pay more money out of pocket to keep the Davis-Besse and Perry nuclear plants, both owned by First Energy, profitable to operate for the company. Once again, First Energy is threatening to shutter the plants if financial help is not forthcoming, the same threat that was made in 2015.

We can only surmise why certain state legislators, despite all their pontificating about "free market forces", seem bound and determined to use their law-making powers to force rate increases on First Energy customers. One would think that government assistance to a private company would contradict their closely held beliefs. After all, that is why standards for renewable power within the state were effectively put on hold in 2014, and are now in danger of being eliminated entirely.

The Green Party of Ohio will continue to oppose any and all efforts by First Energy to pad it's bottom line at the expense of rate-payers.

First Energy's reliance upon nuclear power has led to its current financial issues. If the company had embraced renewable energy sources with the same zeal that it has spent defending its problem-plagued and unprofitable facilities then this bill would never have been introduced in the Ohio Senate.

We urge our State Senators to vote no on this latest bailout deal.