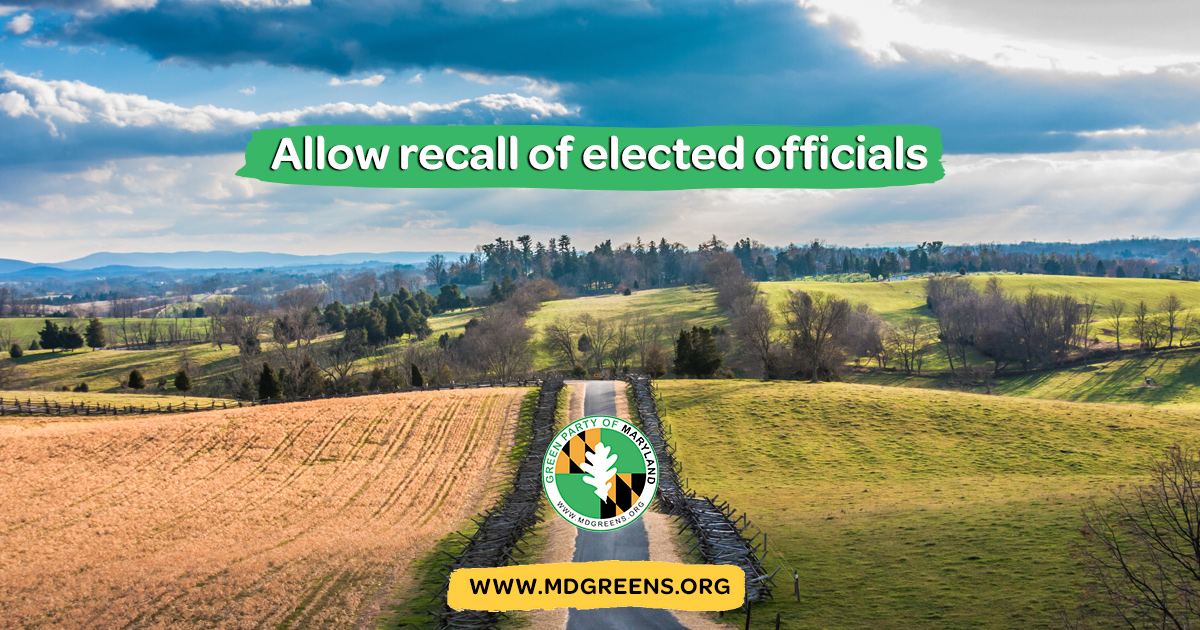 Joint statement from the Baltimore County Green Party and the Maryland Green Party on Del. Lisanti

The Baltimore County chapter of the Green Party and the Maryland Green Party call for the resignation of Del. Mary Ann Lisanti following her use of racist language to describe Maryland residents.

It is simply unacceptable for a person who works on behalf of the citizens of Maryland to casually describe Marylanders with racist language the delegate used.

It is no coincidence that a person who would use such racist language would also put forth policy that would continue to disproportionately harm people of color. Specifically, the economic harm that she seeks to inflict would keep thousands of Maryland workers from earning anywhere near a living wage for years to come. Discriminatory, substandard wages that disproportionately impact people of color have never been acceptable, nor has the language and policy put forth by Lisanti.

Around the same time that the Washington Post was planning on revealing Delegate Lisanti’s racism she was suggesting amendments to the state’s $15/hr minimum wage legislation which would have exempted a majority of the workers making less than $15/hr. She has clearly demonstrated, through word and deed, that she cannot adequately serve the interest of her constituents, nor the residents of Maryland that would be impacted by her hateful political agenda.

While it is important to point out her policy positions, we make this call regardless of how she legislates. The language itself should be reason enough for Delegate Lisanti to resign, and as a value based party we would make the call even if she were fully in line with our policy. Nonetheless we think it is important to point out the way that words translate into work.

We acknowledge that Del. Lisanti is not alone in this, nor is she alone in unacceptable behavior that can and should merit resignation or expulsion. The Baltimore County and Maryland Green Party call upon all those who are aware of these behaviors to bring them out of the backrooms and smoke filled clubs of Annapolis and into the light of public scrutiny. We condemn the sexual abuse (i.e. Del. Curt Anderson who also should resign or be expelled), financial improprieties, and sexist, racist, and other demeaning language we know is often used in our state capitol. The policy that follows those heinous acts and language does real harm to real people.

While resignation is warranted in this situation, we ultimately believe that the people, not the Central Committee should have the ability to remove and replace legislators who defy the public trust.

We call on the Maryland General Assembly to allow for elected officials to be recalled, and to end the process of allowing the Central Committees of the same parties responsible for the culture of putting profit over people to simply appoint an unelected person to fill the vacant legislative seats. We call upon the MGA to initiate and pass legislation to require special elections to fill these vacant seats in a democratic process.