On This Fourth of July 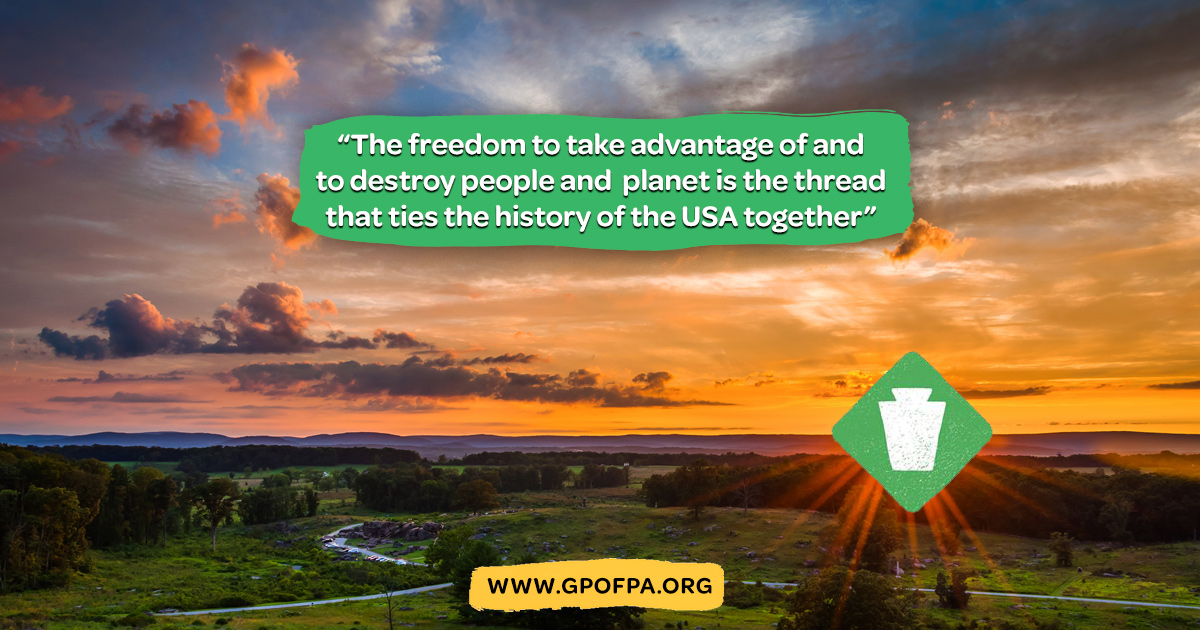 Oh the rocket's red glare, the bombs bursting in air,
Gave proof we were right, oil reserves lie down there.
Away in the trees, strangled bodies yet wave
O'er the land of the fee and the home of the slave.

These "anthem" lyrics I rewrote. They paint of picture of the United States of America (USA), where the military and prison industrial complexes serve to enforce the marketization and commodification of life. War is big business. Big business is war. Ten miles from my home lies the headquarters for the biggest weapons maker on the planet and across the street from it lies the largest shopping mall in the USA. A mere 20 miles to the east, lies Independence Hall, the place where this mythical "experiment with freedom" began.

Mere feet from my doorstep lies a dangerous fossil fuel pipeline, and outside my windows I can see the steam rise from an environmentally destructive nuclear power plant. 40 miles to the northwest is the largest immigration detention center outside of Texas. The gates of the first concentration camp in Germany read, "Work is Freedom." "Exploitation and Destruction is Freedom" should be inscribed on all ports of entry to the USA. The freedom to take advantage of and to destroy people and planet is the thread that ties the history of the USA together.

What the Green Party offers is the complete opposite. We advocate for a society that cherishes people and planet and peace. On this Fourth of July and everyday, let's dedicate ourselves to this vision. We can rewrite the future to reflect another set of altered "anthem" lyrics.

Lightning bugs' yellow glare, birds and bats fill the air,
Showing proof that it's right to give Earth greater care.
For all, fairness, compassion, and love that we give,
Plant this land with green trees, and the planet will live.

As, a Green presidential candidate once said, "Let's work for the greater good like our lives depend on it, because they do."

Alan Smith is co-chair of the Green Party of Pennsylvania (GPPA), artist, philosopher, educator, and peacemaker.