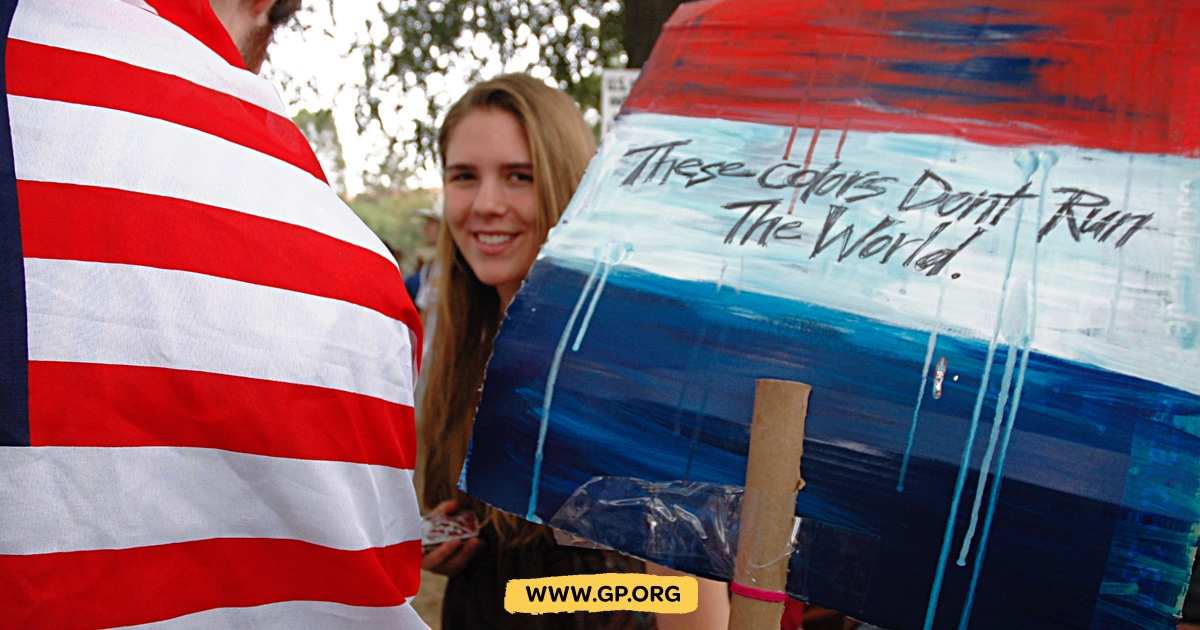 The Green Party of the United States stands in opposition to the regime-change politics of the United States directed at the people of Venezuela and expresses condemnation of the recent blows to the Venezuelan economy in the form of the United States' handing over banking access and funds to the opposition led by Juan Guaidó and UK's blocking of access to gold belonging to Venezuela. This sentiment is long held by the Greens as our platform plank on foreign policy states: "In the area of trade, third- and fourth-world economies and resources are being ravaged and our own economy and job security undermined by global corporatization, which concentrates greater power in the hands of fewer interests who are unaccountable to the vast majority of the world's people."

Guaido's self-appointment is illegitimate as Guaido led a boycott of the most recent election, while also lobbying for international inspectors to not monitor it. Nicolas Maduro remains the elected President of Venezuela. Any contention otherwise is a matter to be decided by the Venezuelan people, internally, and free from US and Western intervention. Such regime change efforts have been a longtime pattern and practice of the US. The Green Party denounces any such aggression in the name of the pretenses being put forward by the Administration, Congress and the media. Venezuelan elections have been monitored by international organizations and have been considered among the most valid in the world, which is a standard the US should attain instead of asserting itself in another country's electoral affairs.

The world has already witnessed previous coup attempts by the US and its allies over the past two decades in Venezuela. The country has been besieged by brutal sanctions without cause over the past five years and this economic warfare has left the most vulnerable citizens in Venezuela suffering . US governmental and corporate funding of the opposition, combined with sanctions, has devastated any opportunity for Venezuela to diversify and restore its economic viability. Recent actions led by the US are an attempt to pillage the resource rich nation with no regard for sovereignty, or the welfare of the population.

The United States has been interfering in Latin America for over 100 years for the purpose of extracting minerals and exploiting cheap labor. Hugo Chavez dared to put a stop to this imperialist practice and instead designed an economy for the benefit of the whole population, not a small elite class. His policies reduced poverty, homelessness and illiteracy. It established a public healthcare system, as well. The United States continues to oppose the establishment of progressive socialist societies in Latin America which set priorities of the common good, rather than typical Western piracy of resources and labor. Socialist governments throughout the region eventually find themselves the target of regime change, often through war, always under false claims of democracy.

The Green Party of the US. opposes the war making history of this country in the Americas, Middle East and all around the world; reject the defiling and plunder of the lands of the indigenous on the American continents, the mistreatment of Afro Americans and dropping bombs around the world; and Greens reject the current attempts to re-establish colonial-style resource states. As such, the Green Party of the US rejects the current action against Venezuela and its popularly elected government.

Venezuela: What activists need to know about the US-led coup

The Case for the Legitimacy of Maduro's Second Term

International Observers to Venezuela’s Election Pen Letter to the EU

NLG Statement on the Illegal U.S. Interference in the Bolivarian Republic of Venezuela

More information regarding Venezuela and US led regime change history:

Regime Change Fails: Is A Military Coup or Invasion of Venezuela Next?

The History - and Hypocrisy - of US Meddling in Venezuela

The making of Juan Guaido: how the US regime change laboratory created Venezuela's coup leader