Indiana Green Party on Verge of Making History in Indiana 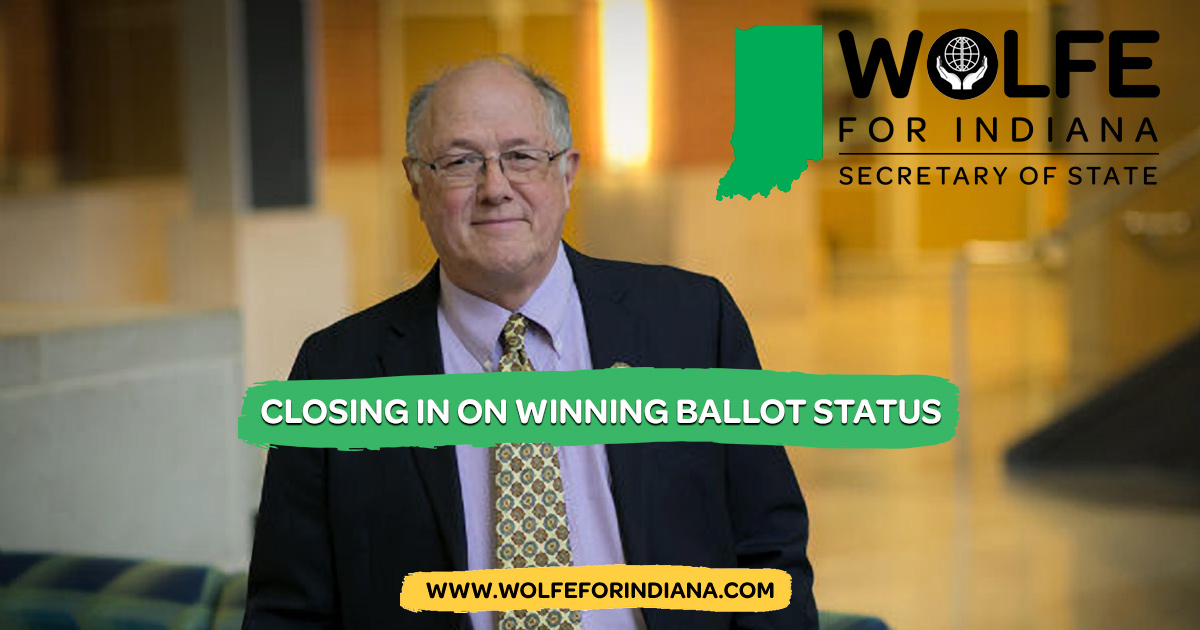 Indianapolis, Indiana – October 19, 2018 – According to Gravis Marketing, Indiana Secretary of State Candidate Dr. George Wolfe is polling at 4%. On October 6th Gravis Marketing released their polling results that were taken from October 12th through the 16th. The results showed Republican Connie Lawson at 35%, Democrat Jim Harper at 29%, Libertarian Mark Rutherford at 9%, George Wolfe at 4%, and 24% stating they are uncertain who they will vote for.

The goal of Dr. Wolfe's campaign was to achieve 2% which is the percentage needed to gain ballot access in future elections. The newly released poll sparked a burst of energy throughout the campaign. The campaign is now more determined than ever that they will beat the 2% threshold needed and obtain ballot access for all Greens for the first time in Indiana.

The campaign team would like to remind voters that they will have to write in George Wolfe for Secretary of State on November 6th. For more information on how to write in George, head to his campaign's website: https://www.wolfeforindiana.com/how-to-write-in/.

Dr. Wolfe now has yard signs that you can purchase on his campaign's website: https://www.wolfeforindiana.com/wolfe-yard-sign.html.

Join thousands of other Indiana residents and help make history in the state of Indiana by writing in George Wolfe for Indiana Secretary of State.