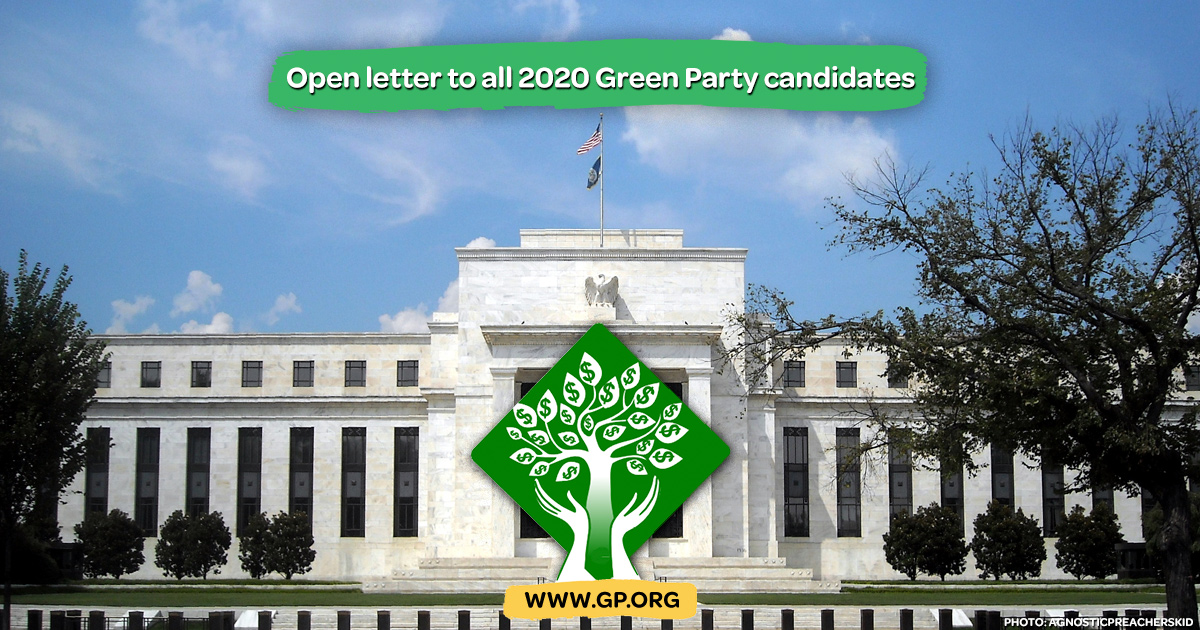 The Green Party’s Banking and Monetary Reform Committee (BMRC) wishes to be a resource for all 2020 Green Party candidates seeking a deeper and more critical understanding of the current Federal Reserve monetary system. We believe understanding monetary policy is essential to understanding many of the nation’s (and the world’s) problems  – social, environmental and economic.

We encourage you to read our committee website, GreensForMonetaryReform.org. This site explains simply the problem with our current monetary system and the solution, “Greening the Dollar”, found in our national platform.

Money is a form of power.  The 1% have money and therefore power.  They rule. How did they get all this money and power?

The 99% have lots of debt, which can be an oppressive burden. They do not rule. How were we burdened with so much debt?

One of the most important sources of power in the whole world is the legal power given to commercial banks, by the Federal Reserve Law, passed by Congress in December, 1913. In this system, all money comes into our economy as an asset to the bank. At the same time, this new money is a debt to the people. Shocking? Absolutely.

Another example: The U.S. Treasury auctions off Treasury bonds to fund the government. A Primary Dealer bank (a commercial bank specially authorized  to buy bonds directly from the US Treasury) buys some Treasury bonds in the auction. The Primary Dealer, say J.P. Morgan Chase Bank, buys the Treasury bonds (an asset) and pays for them by creating bank credit in the Treasury’s bank account. J.P. Morgan Chase has the asset; the government (the people) have a debt. The bank has gained power; the people have lost power.

The examples are endless. The rule – every time a private commercial bank makes a loan, all it is doing is creating the deposit in the account of the borrower. The borrower needs to return the loan with interest. The bank owns an asset – the loan agreement – and gains the interest payments from the borrower.

The Design of the Monetary System

The rules of banking, set forth in the Federal Reserve Law, determine the system. The system is structured to gain assets and power for the banks, and diminish the power of the people, governments, and businesses, who borrow.

The system is designed to work for the 1% and weaken the power of the 99%.

This system drives the vast and constantly-increasing inequality of income and ownership in our country, the financial sector’s capture of elected officials through campaign contributions,  and increasing homelessness and poverty.

The system is the exploitation of the many by the few and, if left in place, will continue producing the same results regardless of the individuals elected or appointed to run it.  It must be abolished for our nation to survive.

‘Greening the Dollar’ in the Green Party’s platform describes the solution. This plank represents a law introduced into Congress by Representative Dennis Kucinich in 2011, called the NEED Act.  National Emergency Employment Defense Act.

There are three things that have to change for this system of bank exploitation to be ended, and a just monetary system take its place: 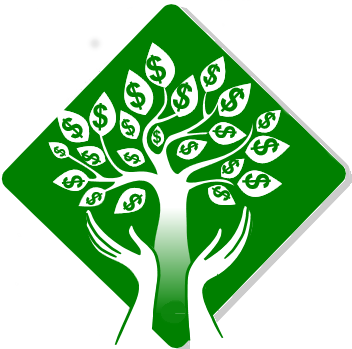 Invitation to Speak with the BMRC

We are encouraging all Green Party candidates to contact the BMRC and attend one of our weekly meetings. The BMRC wants to reach out and speak to each candidate, discussing how this issue of monetary reform could add to your campaign platform.  Please contact us. [email protected]