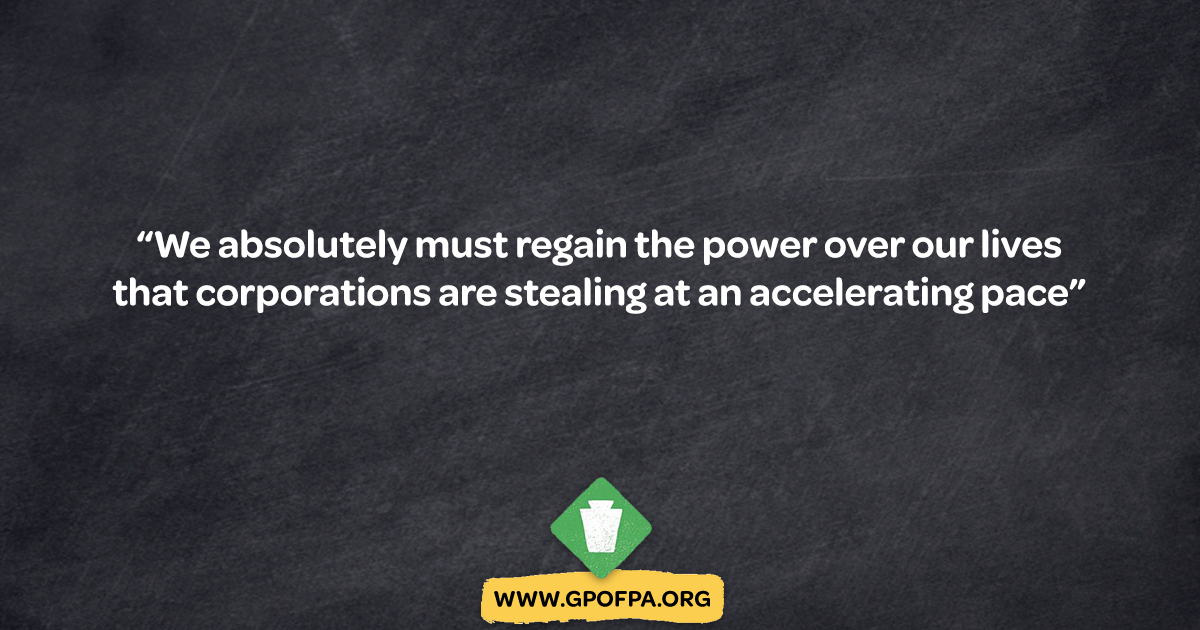 After serving on the Green Party of Pennsylvania (GPPA) Steering Committee for over five years, I am taking a step back and allowing room for new leadership to step forth. I officially joined the Green Party in 2016, founding the Green Party of Chester County after seeing my efforts in the Bernie Sanders campaign sabotaged by establishment Democrats. Since Ralph Nader's presidential run in 2000, I had considered the Green Party to be the "cool party" and decided to devote my energy for politics to a party where my efforts may actually make a difference.

Although I was at first hesitant to lead a county party with my only prior experience serving as a "worker bee" on the Bernie Sanders campaign, I quickly found many like-minded individuals at my county local meetings, which were held at the home of a generous elderly couple who always provided us with snacks and refreshing "down-with-the-man" sentiments.
After attending the GPPA state meeting in Harrisburg in January 2017, I felt particularly inspired as Cheri Honkala announced her run in a special election for PA House District 197. I gladly walked along the streets of Kensington under multiple layers of warm clothing, canvassing for a woman who had been fighting for social and economic justice since I had been in preschool. That same year, my good friend Nate Craig ran as a Green for mayor of Phoenixville and earned an impressive 10% of the vote as a first-time candidate! Those of us who worked on his campaign had little or no prior experience in politics, but what we lacked in experience, we made up for with passion and a willingness to support an inspiring candidate. At the end of that year, I ran for GPPA Steering Committee Member-at-Large, and I was elected.
Just six weeks later, at the January 2018 State Committee meeting, I was elected Secretary of the GPPA. What I learned in my time as Secretary is that organization and record-keeping are absolutely critical to an organization's success. People need to know when meetings are being held, what topics are covered, what happened at meetings that they missed, and who is responsible for which roles. Organization is probably my greatest strength, and I was proud to put that strength to use in such a meaningful role. Organization helps turn passion into action!
In January 2021, I was elected Co-Chair of the GPPA. I was more hesitant than ever taking on this role, as our party membership had shrunk considerably during the pandemic. While I pride myself on my organizational skills, I have never considered myself an inspirational "idea-person," a quality I had admired about previous Co-Chairs. Thankfully, I had wonderful fellow Co-Chairs Tina Olson (2021) and Jay Ting Walker (2022), both of whom embodied co-chair qualities quite well!
What I have learned in my five years on the GPPA Steering Committee is that passion and commitment to shared values are essential for overcoming obstacles. As a small party which refuses to accept corporate funding, we are at a disadvantage in a country that allows endless corporate influence in politics. Well-funded politicians and corporations masquerading as special-interest groups would love to see us fail. Commitment to what unites us (Our Four Pillars -- Ecological Wisdom, Grassroots Democracy, Social Justice/Equal Opportunity, and Nonviolence) and turning that passion into action is what will make us successful.
To all current and future members of the Green Party, I ask you to consider what your strengths are, and how you can put those strengths to use in our party. Be honest with yourself and others about how much time you can devote to our cause, and then commit to devoting that time. A proverb in many traditions says, “Many hands make light work.” Take pride in what you can and do offer, but don't pressure yourself into committing to more than you can deliver. Consider quality over quantity when working as an activist.
An unfortunate setback that I have seen within the Green Party (more at the national level than at the state level, although it does appear at the state level from time to time) is people wasting their time with stubbornness. Seek first to understand, then to be understood. Consider what is really important. We want the planet to continue to be habitable for ourselves and future generations. We absolutely must regain the power over our lives that corporations are stealing at an accelerating pace. On these principles I hope every Green would agree. There is room for compromise in most other places. Let's not cut off our noses to spite our faces. We can accomplish great things when we focus on what unites us and work toward common goals.
Although I am stepping back from the GPPA Steering Committee to focus more on my family, my career, and self-care, I do still plan to keep my county local party active. I also still plan to attend state meetings, because they are genuinely a fun place to be. No one inspires me more than my Green friends. I wish everyone reading this all the best in this new year. Let's make it a productive one!
The Green Party of PA (GPPA) is an independent political party that stands in opposition to the two corporate parties. GPPA candidates promote public policy based on the Green Party’s Four Pillars: grassroots democracy, nonviolence, ecological wisdom, and social justice/equal opportunity. For further information about GPPA, please email [email protected]. Please follow GPPA on social media: Facebook, Instagram, and Twitter.
For more information, please see:
Four Pillars, Green Party of the U.S.,https://www.gp.org/the_four_pillars
Do you like this post?
Tweet