PA Green Party candidate: It is time to fix things 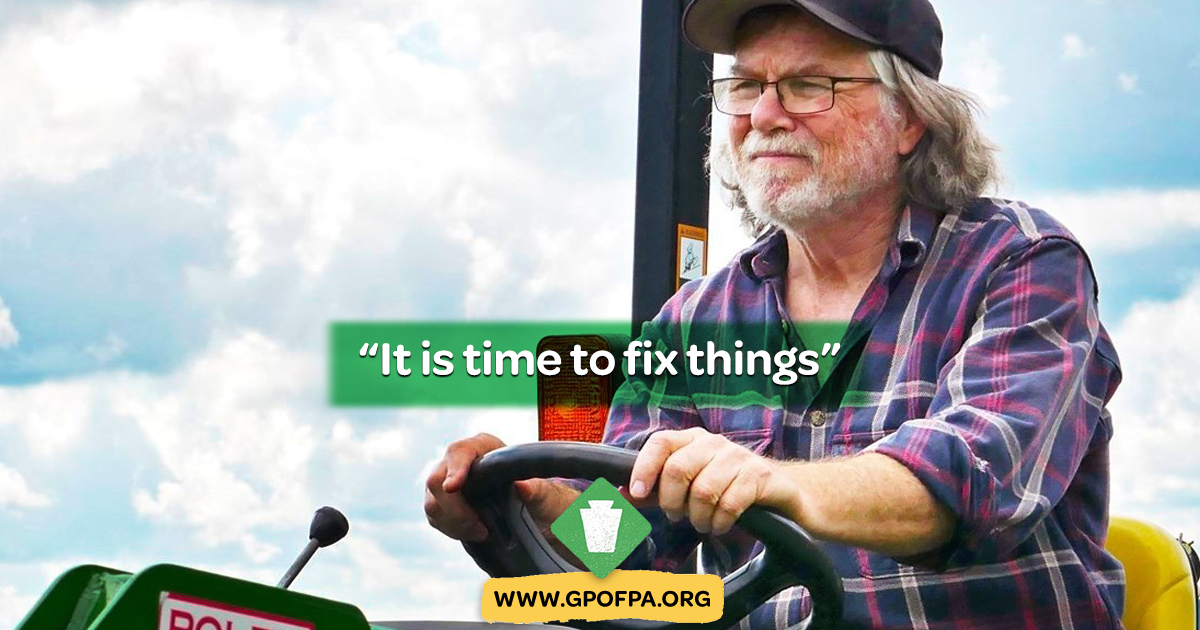 When my candidacy for PA Lt. Governor was endorsed by the Green Party of PA (GPPA), I was excited to have the opportunity to relate to the movement for change on a different level. Over the last 40 years, I had become deeply involved with the movement to end fracking and to stop climate change. There were all kinds of struggles going on around me, but these movements were happening in silos. There was energy for change, but no one was doing the analysis or encouraging folks to turn up for the other’s events.

It sometimes seems to me that things are impossibly broken. The climate fight seems lost. The Supreme Court has rolled back protections for women, the environment, and voting rights. We’re in yet another war. It seems that there is a mass shooting every week. Our prisons are filled. We are faced with a housing crisis, a crisis at our border, and the pandemic still rolls on. There seems to be no way out of this, and many have given up.

Recently, I had a conversation with George Lakey, the nonviolence strategist and author of How We Win: A Guide to Nonviolent Direct Action Campaigning (2018). George is an octogenarian with a wealth of experience in bringing about change. George and I were arrested in 2021 with 11 others in front of a JPMorgan Chase Bank headquarters in Wilmington, DE, demanding that Chase stop financing fossil fuel projects.

I asked George about our “brokenness.” Is it too late to do anything? George reminded me that times like these are ripe for change. He reminded me of the 1930s and the 1960s. They were both times of great upheaval, violence, repression, and war, but also times that changed the U.S. fundamentally.

What was it about those times? People were organizing across issues, thinking strategically, being relentless, escalating, demanding justice.

While organizing to stop fracking and climate change, one of the epiphanies I had occurred when I was working with folks in the struggle against mountaintop removal (MTR) coal mining in WV. One of their organizers said, “You know, we’re fighting the same monster, it just has many heads.” When I looked around, I noticed that not only were fracking, climate, and MTR related, but the monster also had its dirty hands in crushing unions, destroying local economies, pitting people against people in another region. Once I saw that, I knew that the monster was also pitting us against each other.

Running for PA Lt. Governor has given me another way to bring many movements together. I’ve come to believe that just showing up for each other is not enough. It is important for us each to see where our struggles intersect. We also have to overcome the divisions that artificially keep us apart. We have to come to know each other. I’ve seen this play out. My friends in the Green Party of Allegheny County (GPOAC) have done an amazing job of building the Green Party but also making connections with front-line struggles. GPOAC consistently shows up, and they get to know people who oppose injustice. They have helped build bridges between groups. They are a great example of what building strength looks like.

On June 13, I was arrested with 10 others at the PA Capitol. Many of us were climate activists, but there were also a good many from a group which is fighting corruption in Harrisburg. The action we pulled off was a good example of fusion. We are facing the existential threat of catastrophic climate change. Despite having science and public opinion firmly on the side of climate action, our state government is actually taking steps in the wrong direction.

We need to build solidarity across fights. We need to recognize that we are often fighting different heads of the same monster. That’s what my run for PA Lt. Governor is all about. I want to build bridges between the many organizations which oppose injustice. There’s lots that is broken. It is now time for us to fix things.

If you would like to join Michael Bagdes-Canning’s campaign for PA Lt. Governor, please contact 724-431-8560 and [email protected].