PA Greens File for Six Candidates in the 2018 General Election 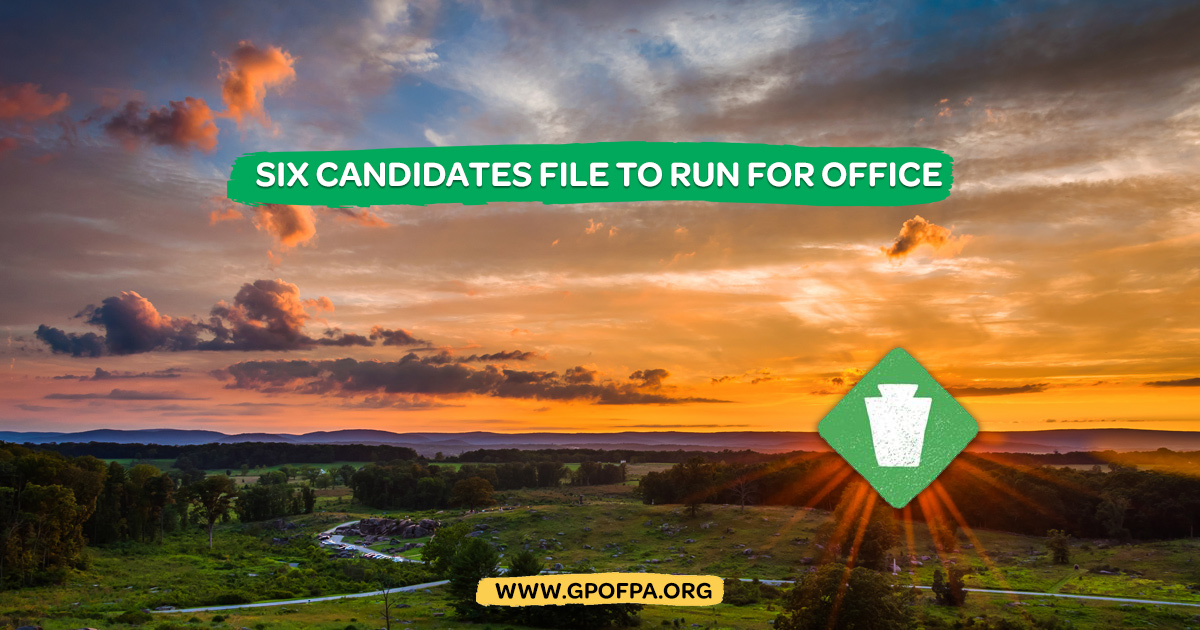 The Green Party of Pennsylvania is proud to announce our candidates for office in 2018.

On July 31, 2018 Green Party of Pennsylvania representatives went to Harrisburg, PA and filed for six candidates to be on the ballot in the General Election on November 6, 2018.

Candidate Jocolyn Bowser-Bostick said in a statement “I'm happy that I and other PA Green Party candidates will have the opportunity to earn the votes of our neighbors because even though it was hard work getting signatures for our nomination papers, we came across many people who were eager to sign because they recognized that the problems of this Commonwealth won't be solved if voters restrict themselves to the limited solutions and candidates presented by the Democrats & Republicans.”

“Due to the hard work of over 100 volunteers, voters will have the opportunity to consider Green candidates who share a people-focused agenda over the corporate-funded alternatives. stated David Ochmanowicz, Bucks County delegate to the state party. “PA voters who embrace an end to Citizens United, call for a ban on fracking, support single payer healthcare, seek responsible stewardship of our environment, and yearn for a more representative government can choose candidates that will fight for people over profits.”

The recent February 2018 court decision focusing on ballot access, a joint effort by the state’s Green, Libertarian and Constitution Parties, was successful in lifting some of the overwhelming hurdles for fair and equitable ballot access applicable to smaller parties.

“We have been diligently working on growing the PA Green Party through years of putting forward candidates against the obstacles created by the two-party system. By running candidates in every election cycle, we are creating a structure that retains knowledge and is reproducible. The six candidates that have qualified for the November ballot today will continue to break down the structures that prevent ordinary people from obtaining elected office.” said Timothy Runkle, State Party Treasurer.

“This is straight grassroots what I’m doing,” candidate Darcelle Slappy told The Beaver County Times reporter J.D. Prose in an interview posted on July 30th. “I’m going door-to-door making a personal connection with everybody, and that’s what it takes.”

Jay Sweeney, candidate for State Senate in District 20 stated, “I am thankful for all who circulated a petition on my behalf as well as those who signed. I will continue to work to empower the citizens of the Commonwealth of Pennsylvania and improve our electoral system. I will work for healthy communities, clean energy jobs that protect our environment, and a sustainable future.”

PA Green Party candidate for Governor, Paul Glover, is focusing his campaign on the issues of fossil fuels, mass incarceration, education, legalization of cannabis, green jobs, organic agriculture, and universal healthcare. He stated, "I'm the only candidate for Pennsylvania Governor who would ban fracking, which poisons the future. As well, I would replace prison building by creating 500,000 green jobs.” A long-time activist, Glover helped create Ithaca, New York’s local currency and is author of the book Green Jobs Philly.

To volunteer or donate to help Green candidates, visit our candidate website at www.greenwaveofpa.org, and to learn more about the partyś commitment to people over profits, www.gpofpa.org.

The Green Party of Pennsylvania is an independent political party that stands in opposition to the two corporate parties. Our 2018 candidates will promote public policy based on the four pillars of the Green Party: Grassroots Democracy, Social Justice, Nonviolence, and Ecological Wisdom.

Follow us on social media for news, upcoming events, and more: