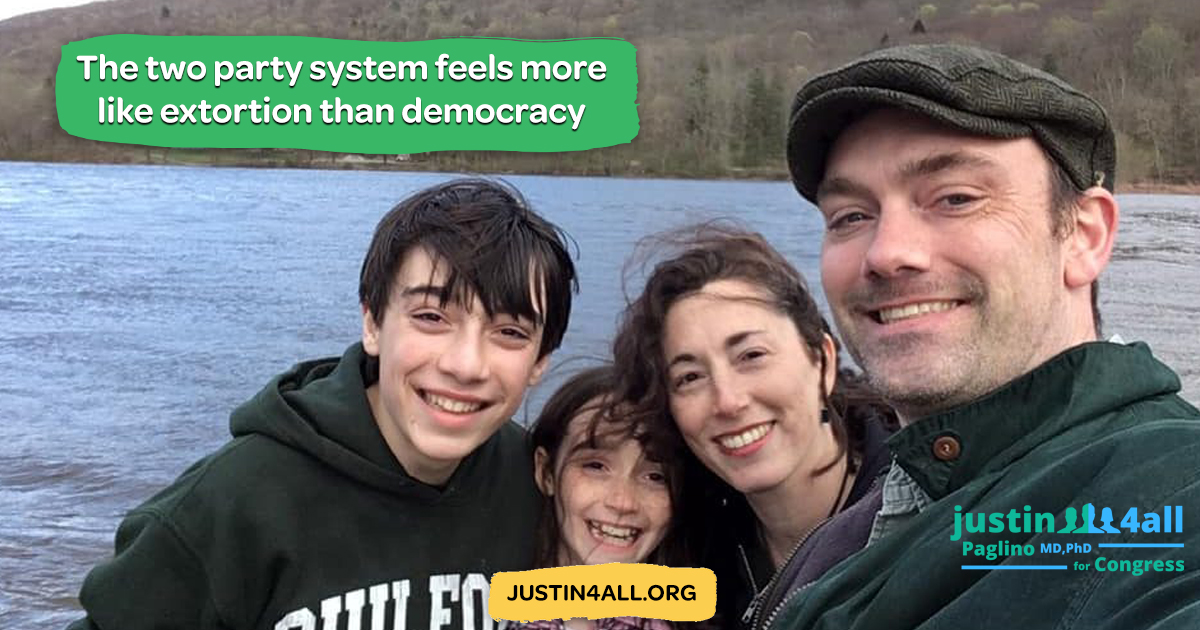 DeLauro beat back Paglino and her Republican challenger, real estate developer Margaret Streicker, with 54.7 percent of the vote.

"I'm happy I got over one percent of the vote, because that means that the Green Party gets to keep a ballot line for the next election in two years," Paglino said. "It was very grueling work getting 2,100 signatures over the summer, so I'm glad we don't have to do that to be on the ballot again."

Paglino hopes to run again in two years, and wants to take advantage of experience gained from this campaign.

"I hope to get significantly more votes next time because I've gained some name recognition and so much experience in how to run for office," Paglino said. "I only decided to run in May, and had to spend the next two months getting the signatures I needed."

Outside of his own candidacy, Paglino was disappointed by what election results will mean for the issues he cares most about.

"I'm sad, not because I expected to win, but because I hoped the issues I care about might have won," Paglino said, citing Medicare for All, the Green New Deal, carbon taxes, and decreasing military spending as causes he sees unlikely to move forward after the election results. "I'm in a minority party, but these are issues most Americans support. It's just sad when they don't win elections."

As a third-party candidate, much of Paglino's campaign centered around elevating candidates outside of the two major parties.

"The two-party system prevents us from feeling free to vote for what we actually want," Paglino said. "We're told that you either vote for one candidate or you get their opponent who's worse. It feels more like extortion than democracy."

One of Paglino's top issues is ranked choice voting, a system that allows voters to rank candidates by preference rather than casting their ballot for only one candidate.

This system eliminates the third-party spoiler effect, in which votes for a third-party candidate draw votes from the major-party candidate with more similar politics, thus causing a strong opponent of both to end up winning. Massachusetts voters rejected a ballot measure to use ranked-choice voting on Tuesday. Maine has voted with ranked choice voting since 2018.

"I'm looking forward to a time when instead of being shamed or castigated for voting our values, we can have the freedom to do that with ranked choice voting, voting first for the candidate we like best and then indicating second and third choices as backup so we don't have to worry about tipping any elections," Paglino said. "If I only have two choices, I'll take the lesser evil, but when I know there's a system that would allow me to vote my values, I'm angry it hasn't been implemented yet."