The Passing of Annie Young 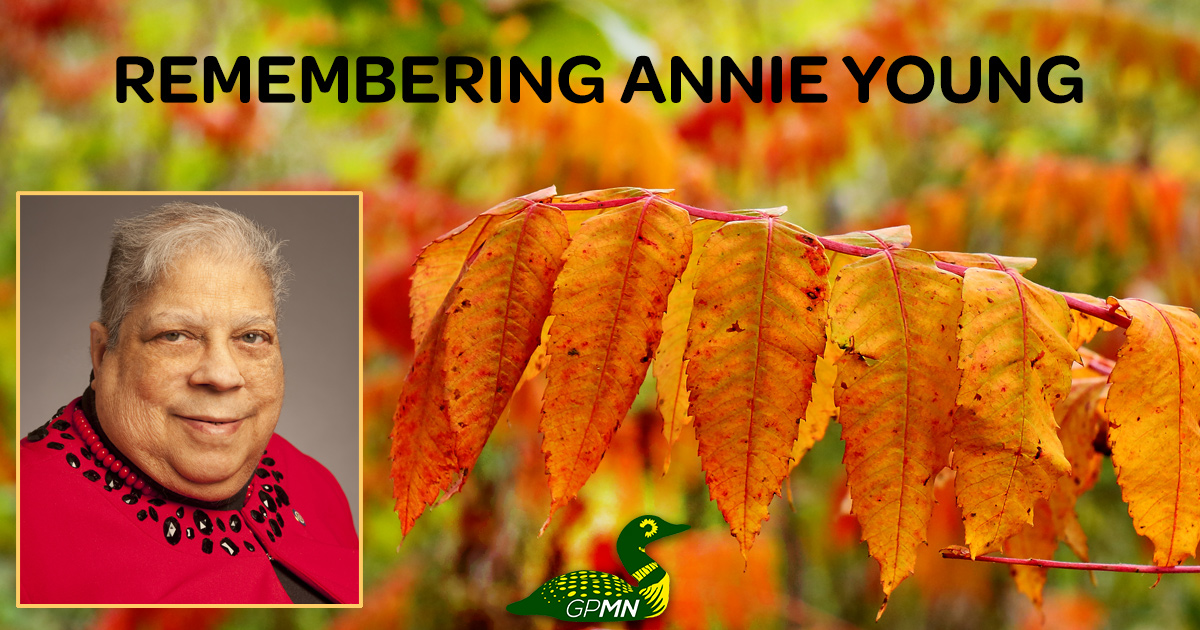 It is with a heavy heart that we have learned of the passing of former Green Minneapolis Park Board Commissioner Annie Young.

"Annie was a consistent and dedicated public servant and community advocate who pushed her world and the City of Minneapolis to be a better, healthier and more just place. She was a pioneer in sustainability, a seasoned community activist and one of Minneapolis' most successful elected official. She was a mentor and teacher for me and many of us along the road to building the Green Party in Minnesota. I am deeply grateful for her leadership, her friendship and her commitment to making this a better world," said Minneapolis Councilmember Cam Gordon.

Consistently re-elected by wide margins, Annie showed not only that Greens can win at the local level, but that they can thrive. Her dedication to the people of Minneapolis, and her ability to work with colleagues regardless of political party affiliation, served her and the Green Party well.

In addition to serving as an elected official, Annie served the Green Party in countless other ways over the years. A self-professed "political junkie," she advised and mentored candidates for office at all levels, and even run for statewide office herself, helping Greens maintain party status in 2010.

Often times Annie was the lone Green voice in the room. Her patience and dedication, however, paid off.

"I will remember Annie forever. She was irascible, in the best of ways. She not only believed in the key values of the Green Party, but did her part to make them a reality, fighting and pushing and advocating for environmental sustainability, social and economic justice, grassroots democracy and peace," said Minneapolis Council Aide Robin Garwood.

Annie will be greatly missed and we will continue to do everything we can to honor her legacy and commitment to the citizens of Minnesota and our core Green values. Rest in power Annie Young.