PFAs Across Michigan - A Growing Crisis 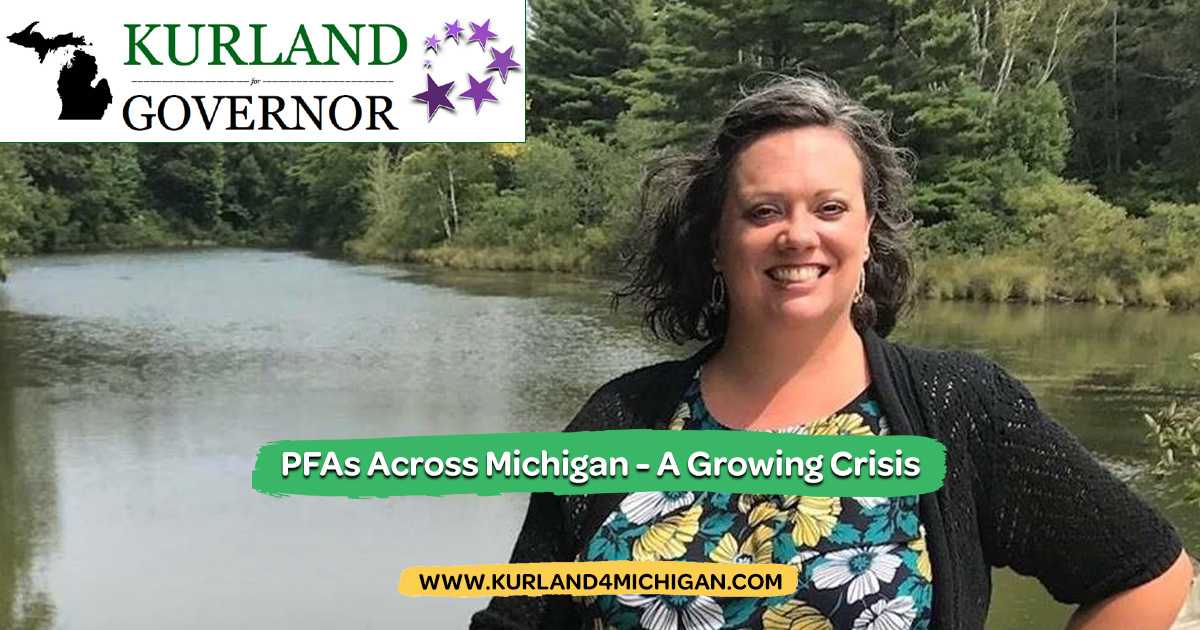 A growing crisis across Michigan is the growing number of communities affected by these toxic chemicals.  When Jennifer Kurland first started doing research on where these chemicals were showing up statewide, there were 8 counties affected and from her recent research this number is now up to 28.

For decades, Michigan has looked away while corporations dump toxic chemicals into the environment near residential areas, polluting our drinking water and soil.  The recent discovery of polyfluoroalkyl substances (PFAS) in Parchment, MI at levels several times higher than the EPA safety standards is sadly just another community suffering from a long line of failed policies and lack of oversight at the hands of Republican and Democrat administrations in Lansing.

PFAS are complex chemical compounds used in the manufacturing of goods such as paper, shoes and firefighting foam, and are linked to cancer in humans.  Their detriment to public health has long been known, and the state has tested waterways for PFAS and documented fish contamination in our state advisory notices.

Currently there are at least 28 counties, or about one-third of Michigan, affected by PFA contamination.  In multiple news sources, the Department of Environmental Quality (DEQ) has stated that they believe more communities could be affected as they begin testing more sites across the state.  The root of this problem is the continued allowance of water pollution for the benefit of corporate profits and the detriment to public health.  This is due to decades of statewide leadership failure of both the blue and red kind.  Public health should be the first priority of governance, and our state has failed in this priority for generations.

Effective leadership should act quickly and efficiently in times of crisis.  With chemicals like PFAS in our water, lives are at stake, people’s health is at stake, and this is a crisis that is growing.  Testing in these communities should be rushed and investigations should be intense and thorough, yet our state is currently treating public health as secondary and allowing delays to hinder residents from understanding what is in their drinking water and how it is affecting them.  Residents in these communities across the state are getting secondary testing from other sources because they do not trust the responses from the DEQ.  While these responses echo how the state has been handling the Flint Water Crisis, the state is acting in an unethical and potentially criminal manner.  While this problem began decades ago, it is up to the state to put public health as a first priority over business profits and lead cleanup efforts, and ensure full transparency to residents that may be affected.

A Kurland/Davenport administration, bringing a Green New Deal to Michigan, would ensure the state’s priorities would change to protecting the public first, and putting people over profits.