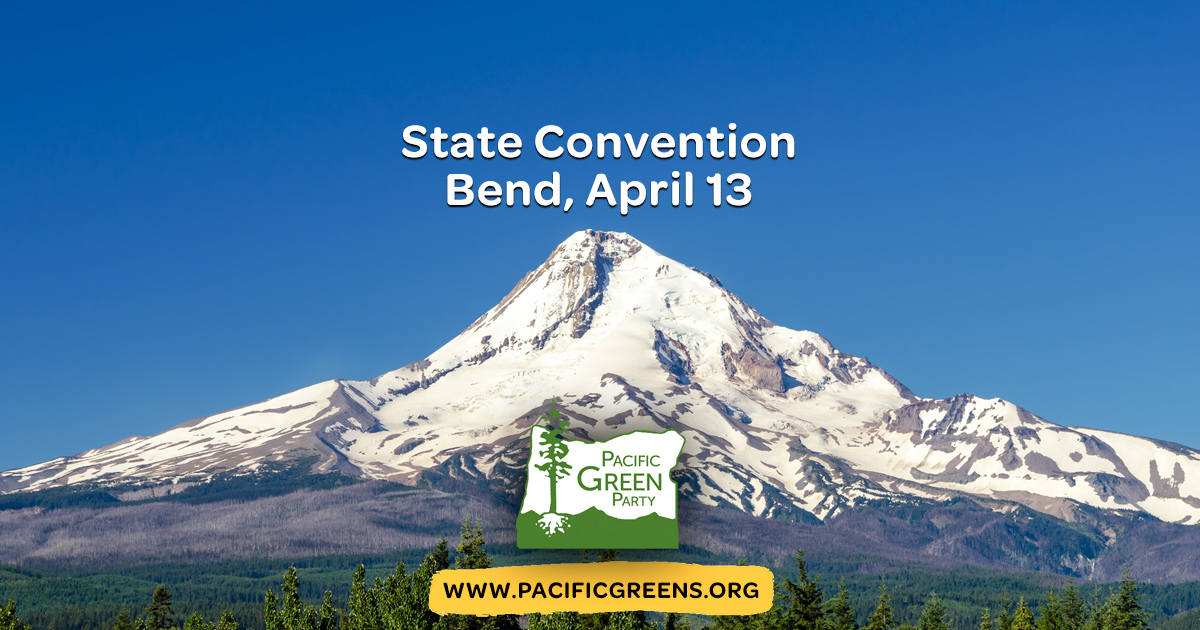 The next Pacific Green Party (PGP) Convention #1 will be held on April 13 in Bend. A women's caucus event is also cheduled for the 13th. More details on that soon! RSVP on Facebook.

Per the bylaws, please include with your proposal:

Proposals can be sent to the scc list server, pgp-cc@lists.riseup.net. They may not appear immediately if posts are being held for moderation, but the time stamp will show whether they're in on time.