Green Party Of Philadelphia Joins The Fight For Housing Rights 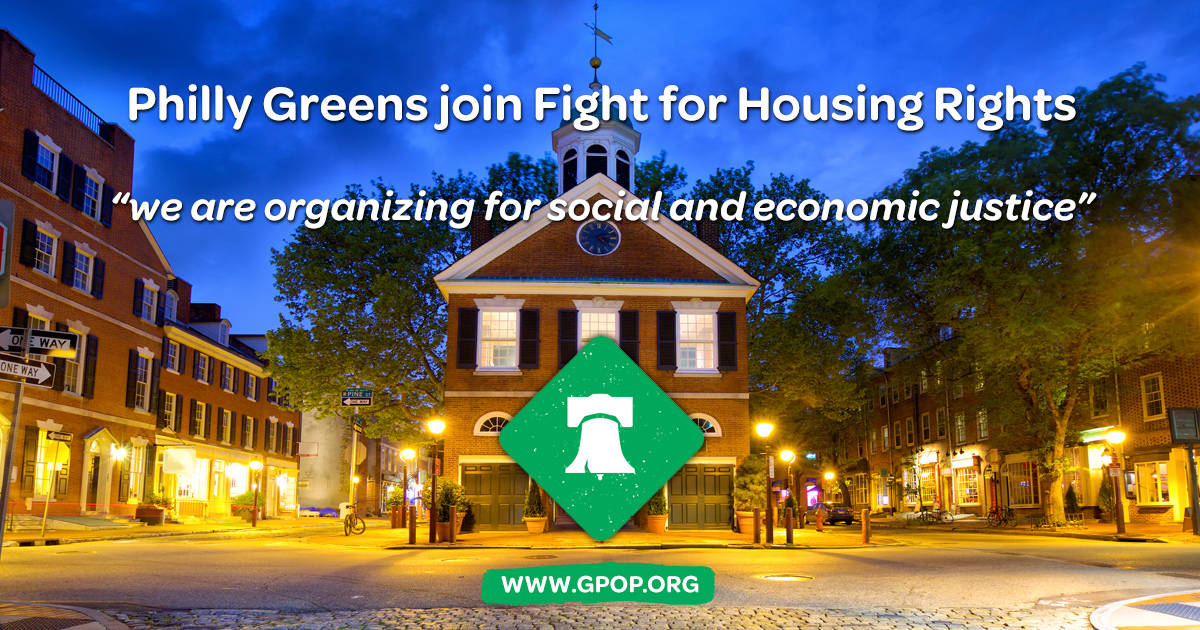 PHILADELPHIA, PA. -- On July 29th 2017 at 10:00 am the Green Party of Philadelphia (GPOP) will join the Poor People's Economic Human Rights Campaign (PPEHRC) and other activists for a national day of action to defend housing rights. Greens will join PPEHRC for a press conference at 3554 N 6th St in Philadelphia then participate help distribute food to residents in public housing.

On May 23rd, 2017 the White House released its budget for fiscal year 2018. The deadly cuts for Philadelphia include an abolishment to the "meals on wheels" program and project HOME. Other substantial cuts include section 811 for disabled persons, the public housing repair budget and funds for section 8 housing.

Reflecting on the poverty crisis in Philadelphia, founder and national organizer of PPEHRC Cheri Honkala says "Our elected officials have failed us. The stolen land and hoarded resources should belong to the people, not the capitol. We are going to do what we can to offer relief today, and then we will organize for social and economic justice".

Green candidates from across the country identify the housing crisis as a major issue that affects frontline communities. Food distribution will commence at 3:00 pm in North Philadelphia, one of the most impoverished sections of the city.