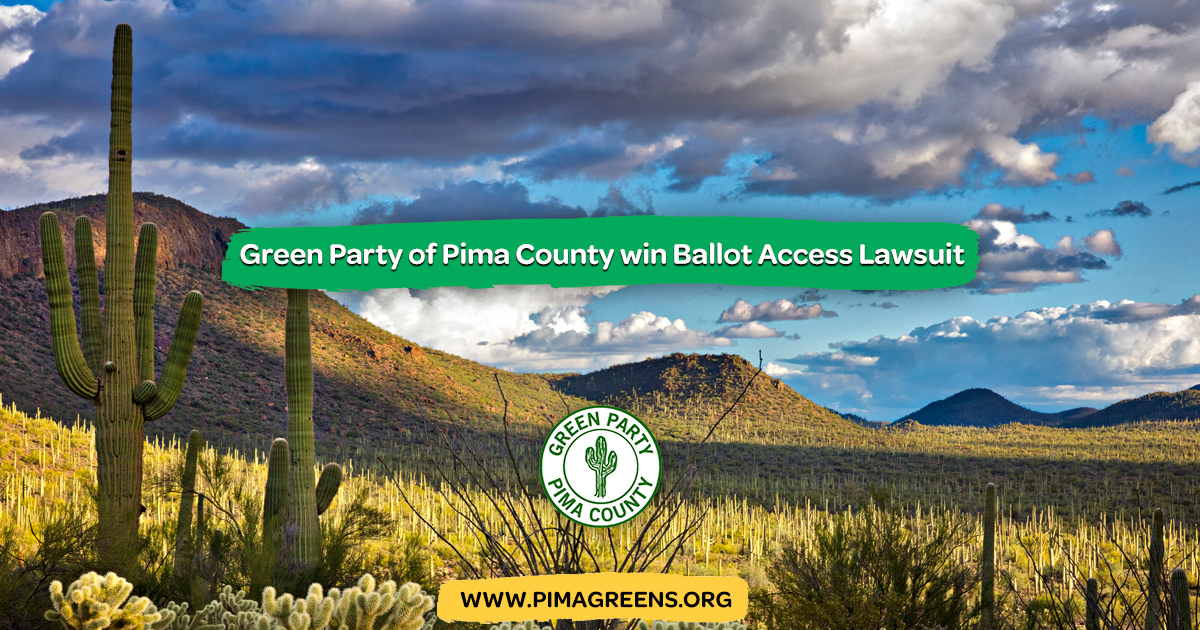 TUCSON, Az., July 5, 2019 — On June 12th the Green Party of Pima County (GPPC) filed a lawsuit against the City of Tucson for depriving the party of ballot status in the upcoming City elections. Late this Wednesday afternoon, July 3, the court order ruling was made from the Pima County Superior Court. In his order the judge overseeing the case, Hon. D. Douglas Metcalf, stated:

IT IS ORDERED that the Green Party’s petition for special action is GRANTED. The City of Tucson and its clerk abused their discretion and acted in arbitrarily and capriciously by not including the Green Party as a political party qualified for the August 27, 2019 primary election ballot.

Paul Gattone, legal counsel for the Green Party of Pima County stated briefly today, “The Court ruled that the Green Party was wrongfully excluded from the ballot, and set a hearing on July 9th to come up with a remedy.”

Green Party of Pima County Chairperson, Sara Mae Williams said “this is a historic win for democracy, and for the 263,180 voters in the City of Tucson jurisdiction!”

We remain as dedicated to our party members and to city voters at large, as when we set out on this battle. And we’re hopeful that the restorative actions decided next week will go a long way towards rectifying our growing party.