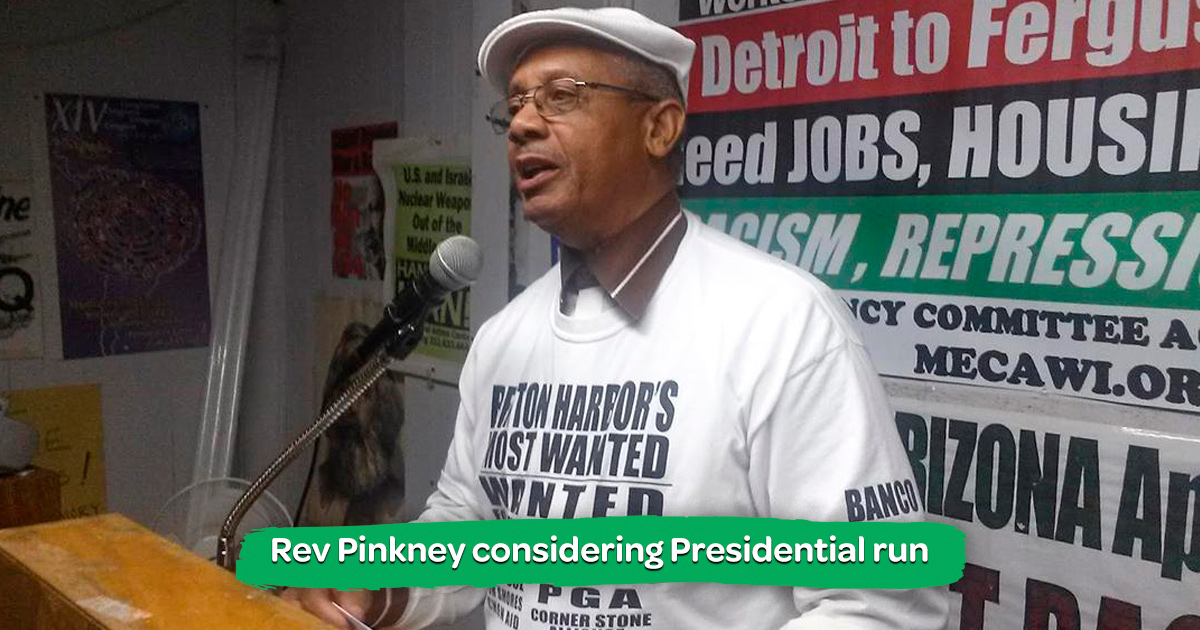 Benton Harbor, Mi. – Long-time social activist Rev. Edward Pinkney of Benton Harbor, MI is pleased to announce the formation of an exploratory committee for the purpose of determining the viability of a campaign for the 2020 Presidential nomination of the Green Party of the United States.

Recognized nationwide as a leader in the civil rights movement, Pinkney has appeared as a speaker at engagements and on radio programs across the country. A Green Party member since 2004, Pinkney is a former officer of the Green Party of Michigan and was the keynote speaker at that organization's 2018 Nominating Convention in Flint, Michigan.

Founder of the Black Autonomy Network Community Organization (BANCO), headquartered in Benton Harbor, Pinkney has been engaged in social movement work in frontline communities like Chicago, Los Angeles, and Detroit for decades.

Pinkney has established a prominent media voice. He is a regular contributor to the Chicago-based People's Tribune newspaper, reaching thousands of readers with interstate distribution.

His long-running radio program airs each Sunday evening on Blog Talk Radio at 5:00 p.m. eastern, and attracts a sizable listener base.