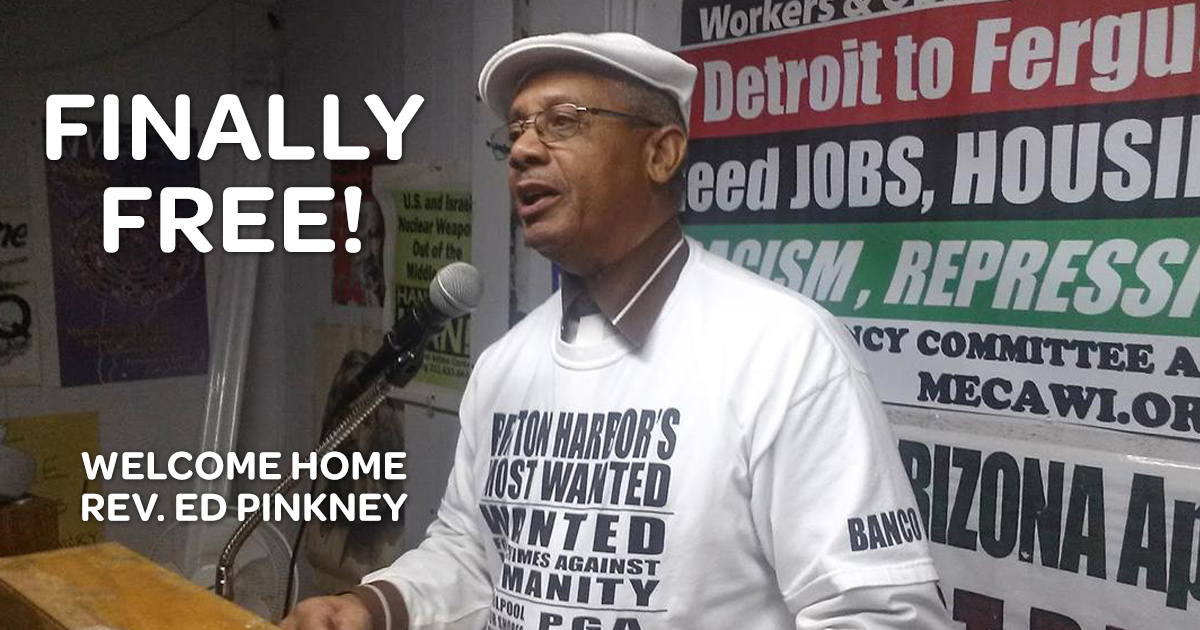 In 2014 Truthout wrote "On December 15, Rev. Edward Pinkney, a leader in the struggle for social and economic justice for the residents of Benton Harbor, Michigan, was sentenced to serve up to 10 years in prison, on the basis of thin circumstantial evidence that a few dates had been altered on a recall petition against the city's mayor, James Hightower. The recall was prompted by the mayor's continued support for tax evasion by the Whirlpool Corporation, the Fortune 500 company and $19 billion global appliance manufacturer, headquartered in Benton Harbor.

"As we wrote last week in depth, the politically motivated prosecution against Pinkney killed the petition to recall Hightower, who many believe would have been ousted due to his ongoing protection of Whirlpool's interests at the expense of impoverished Benton Harbor, which is over 90 percent African-American."

Rev. Pinkney broadcasts every Sunday at 5:00 pm ET on Blog Talk Radio. His show is livestreamed at blogtalkradio.com/Rev.