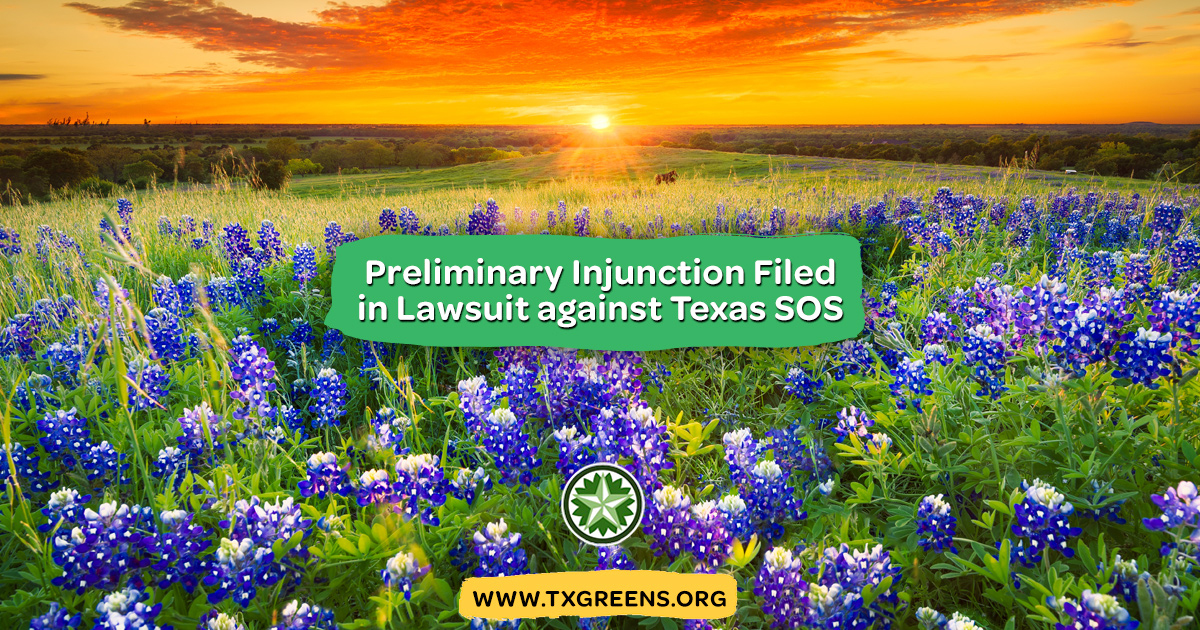 HOUSTON – Harris County Green Party member Laura Palmer and The Green Party of Texas are among the plaintiffs in a lawsuit against the Texas Secretary of State's Office. The suit challenges, on constitutional grounds, the new requirements for candidates to pay filing fees to the state or submit petition signatures in lieu of the fee.

Plaintiffs' attorney Oliver Hall filed a preliminary injunction Thursday, with the intent of stopping the Secretary of State's Office from enforcing these new provisions of the Texas Election Code as amended through HB 2504 this year. You can read the entire injunction here.

The injunction includes declarations from members of four political parties illustrating how candidates intending to run under these parties' banners are hindered by the new statute. (NOTE: Unfortunately for visually impaired readers, some of the declarations are scanned documents.)

The other plaintiffs in the action include the Libertarian, America's, and Constitution Parties of Texas. Their complaint hinges on the fact that filing fees paid to the state by Republican and Democratic candidates are used for running primary elections, in which the smaller parties do not even participate. These other parties nominate their candidates through conventions in the months following the primary elections.

While Greens can celebrate the state's changes in ballot access requirements for parties, the requirements for individual candidates can be prohibitive. In this state, a substantial number of legislative districts are designed as "safe" for Republicans or Democrats, so safe that the dominant party's often faces no major-party opposition. Obstacles preventing other parties from participating in those elections is actively anti-democratic, depriving large segments of the electorate of any representation on the ballot.