Tenth Anniversary Of Financial Collapse, Preparing For The Next Crash 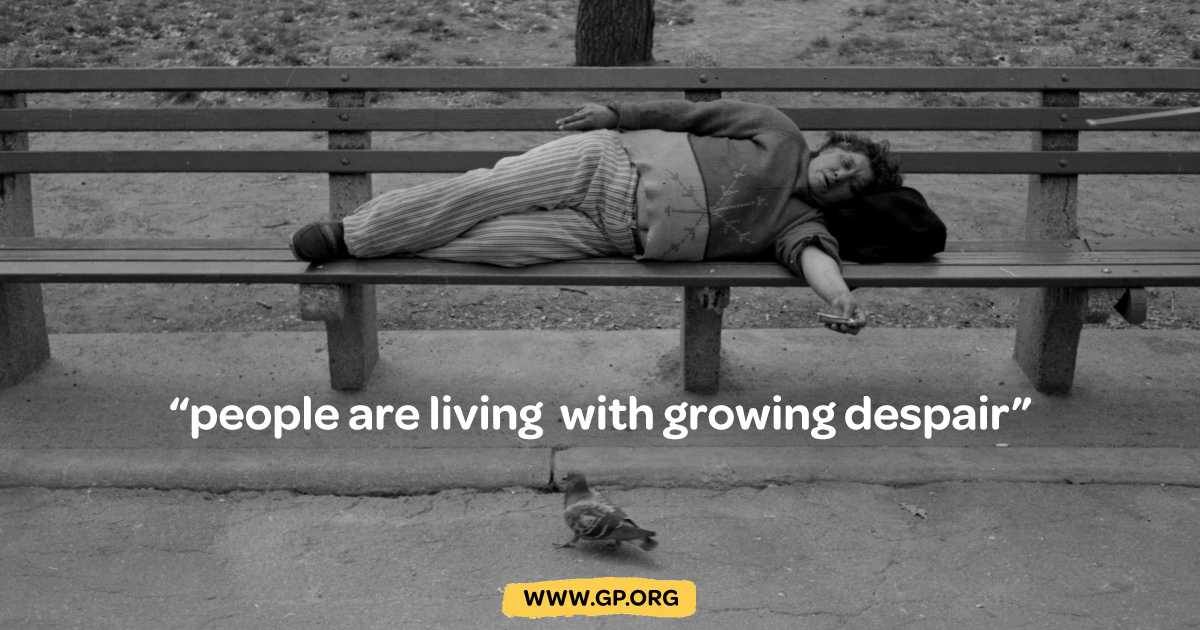 Ten years ago, there was panic in Washington, DC, New York City and financial centers around the world as the United States was in the midst of an economic collapse. The crash became the focus of the presidential campaign between Barack Obama and John McCain and was followed by protests that created a popular movement, which continues to this day.

Banks: Bailed Out; The People: Sold Out

On the campaign trail, in March 2008, Obama blamed mismanagement of the economy on both Democrats and Republicans for rewarding financial manipulation rather than economic productivity. He called for funds to protect homeowners from foreclosure and to stabilize local governments and urged a 21st Century regulation of the financial system. John McCain opposed federal intervention, saying the country should not bail out banks or homeowners who knowingly took financial risks.

By September 2008, McCain and Obama met with President George W. Bush and together they called for a $700 billion bailout of the banks, not the people. Obama and McCain issued a joint statement that called the bank bailout plan “flawed,” but said, “the effort to protect the American economy must not fail.” Obama expressed “outrage” at the “crisis,” which was “a direct result of the greed and irresponsibility that has dominated Washington and Wall Street for years.”

By October 2008, the Troubled Asset Relief Program (TARP), or bank bailout, had recapitalized the banks, the Treasury had stabilized money market mutual funds and the FDIC had guaranteed the bank debts. The Federal Reserve began flowing money to banks, which would ultimately total almost twice the $16 trillion claimed in a federal audit. Researchers at the University of Missouri found that the Federal Reserve gave over $29 trillion to the banks. These are historically these are signs of a coming recession.

This did not stop the loss of nine million jobs, more than four million foreclosures and the deep reduction in wealth among the poor, working and middle classes. A complete banking collapse was averted, but a deep recession for most people was not.

The New Yorker described the 2008 crash as years in the making, writing:

“…the crisis took years to emerge. It was caused by reckless lending practices, Wall Street greed, outright fraud, lax government oversight in the George W. Bush years, and deregulation of the financial sector in the Bill Clinton years. The deepest source, going back decades, was rising inequality. In good times and bad, no matter which party held power, the squeezed middle class sank ever further into debt.”

Before his inauguration, Obama proposed an economic stimulus plan, but, as Paul Krugman wrote, “Obama’s prescription doesn’t live up to his diagnosis. The economic plan he’s offering isn’t as strong as his language about the economic threat.”

In the end, the stimulus was even smaller than what Obama proposed. Economist Dean Baker explained that it may have created 2 million jobs, but we needed 12 million. It was $300 billion in 2009, about the same in 2010, and the remaining $100 billion followed over several years — too small to offset the $1.4 trillion in annual lost spending.

New York Magazine reports the stimulus was “a spending stimulus bigger, by some measures than the entire New Deal.” But unlike the New Deal, which benefited people at the bottom and built a foundation for a long-term economy, the bi-partisan post-2008 stimulus bailed out Wall Street and left Main Street behind.

Wall Street executives were not prosecuted even though the financial crisis was in large part caused by their fraud. Bankers were given fines costing dimes on the dollar without being required to admit guilt or having their cases referred for prosecution. The fines were paid by shareholders, not the perpetrators.

Many of the root causes of the crisis remain today, making another economic downturn or collapse possible. The New Yorker reports that little has changed since 2008, with Wall Street banks returning to risky behavior and the inadequate regulation of Dodd-Frank being weakened. Big finance is more concentrated and dominant than it was before the crash. Inequality and debt have expanded, and despite the capital class getting wealthier in a record stock market with corporate profits soaring, real wages are stuck at pre-crisis levels.

People are economically insecure in the US and live with growing despair, as measured by reports on well-being. A May 2018 Federal Reserve report found almost 80 percent of Americans are now living paycheck to paycheck. The Federal Reserve reported in 2017 that “two in five Americans don’t have enough savings to cover a $400 emergency expense.” Further, “more than one in five said they weren’t able to pay the current month’s bills in full, and more than one in four said they skipped necessary medical care last year because they couldn’t afford it.”  People have survived by going into debt, by the first quarter of this year, household debt was at an all-time high of $13.2 trillion.

Positive Money writes: “Ten years on, big banks are still behaving in reckless, unfair and neglectful ways. The structural problems with our money and banking system still haven’t been fixed. And many experts fear that if we don’t change things soon, we’re going to sleepwalk into another crash.”

William Cohen, a former mergers and acquisitions banker on Wall Street, writes that the fundamentals of US economy are still flawed. The Economist describes the current situation: “The patient is in remission, not cured.”

The Response Of the Popular Movement

Larry Eliott wrote in the Guardian, “Capitalism’s near-death experience with the banking crisis was a golden opportunity for progressives.” But the movement in the United States was not yet in a position to take advantage of it.

There were immediate protests. Democratic Party-aligned groups such as USAction, True Majority and others organized nationwide actions. Over 1,000 people demonstrated on Wall Street and phones in Congress were ringing wildly. While there was opposition to the bailout, there was a lack of national consensus over what to do.

Protests continued to grow. In late 2009, a “Move Your Money” campaign was started that urged people to take their money out of the big banks and put it in community banks and credit unions. The most visible anti-establishment rage in response to the bailout arose later in the Tea Party and Occupy movements. Both groups shared a consensus that we live in a rigged economy created by a corrupt political establishment. It was evident that the US is an oligarchy, which serves the interests of the wealthy while ignoring the necessities of the people.

The anti-establishment consensus continues to grow and showed itself in the 2016 presidential campaigns of Senator Bernie Sanders and Donald Trump. They were two sides of the same coin of populist anger that defeated Jeb Bush and Hillary Clinton. Across the political spectrum, there is a political crisis with both mainstream, Wall Street-funded political parties being unpopular but staying in power due to a calcified political system that protects the duopoly of Democrats and Republicans.

Preparing for the Next Collapse

When the next financial crisis arrives, the movement is in a much stronger position to take advantage of the opportunity for significant changes that benefit people over Wall Street. The Occupy movement and other efforts since then have changed the national dialogue so that more people are aware of wealth inequality, the corruption of big banks and the failure of the political elites to represent the people’s interests.

There is also greater awareness of alternatives to the current economy. The Public Banking movement has grown significantly since 2008. Banks that need to be bailed out could be transformed into public banks that serve the people and are democratically controlled. And there are multiple platforms, including our People’s Agenda, that outline alternative solutions.

We can look to Iceland for an example of how to handle the next crisis. In 2008, they jailed the bankers, let the banks fail without taking on their debt and put controls in place to protect the economy. They recovered more quickly than other countries and with less pain.

How did they do it? In part, through protest. They held sustained and noisy protests, banging pots and pans outside their parliament building for five months. The number of people participating in the protests grew over time. They created democratized platforms for gathering public input and sharing information widely. And they created new political parties, the Pirate Party and the Best Party, which offered agendas informed by that popular input.

So, when the next crash comes. Let’s put forward a People’s Agenda. Let’s be like Iceland and mobilize for policies that put people first. Collectively, we have the power to overcome the political elites and their donor class.

Kevin Zeese and Margaret Flowers co-direct Popular Resistance and are members of the Maryland Green Party. This article first appeared as the weekly newsletter of the organization.