Progress has always come from the streets 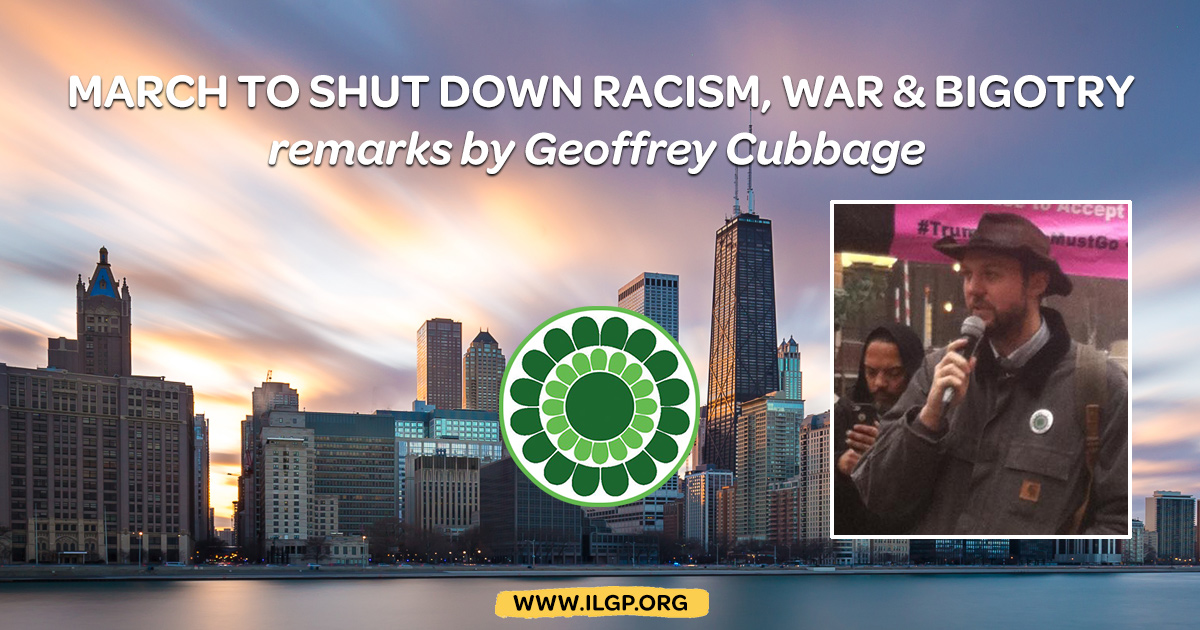 That's why we turn out, when groups like ANSWER Coalition, Black Lives Matter Women of Faith, and the more than 30 other groups that came together to make today happen put out the call: because the people in the streets should be the people leading us.

We are also a party that believes that, so long as there are halls of power, you should fight to put people in them who share your values. We participate in an electoral system that is stacked against us, and that in the state of Illinois systematically disadvantages third parties, because we see the power that exists in the political system, and we see that it is being abused.

If that is work you want to be a part of, you can find us online at ILGP.org, or on Facebook as Illinois Green Party. I hope that you will reach out, because we want to know you—and when you hit the streets, we want to be there with you."