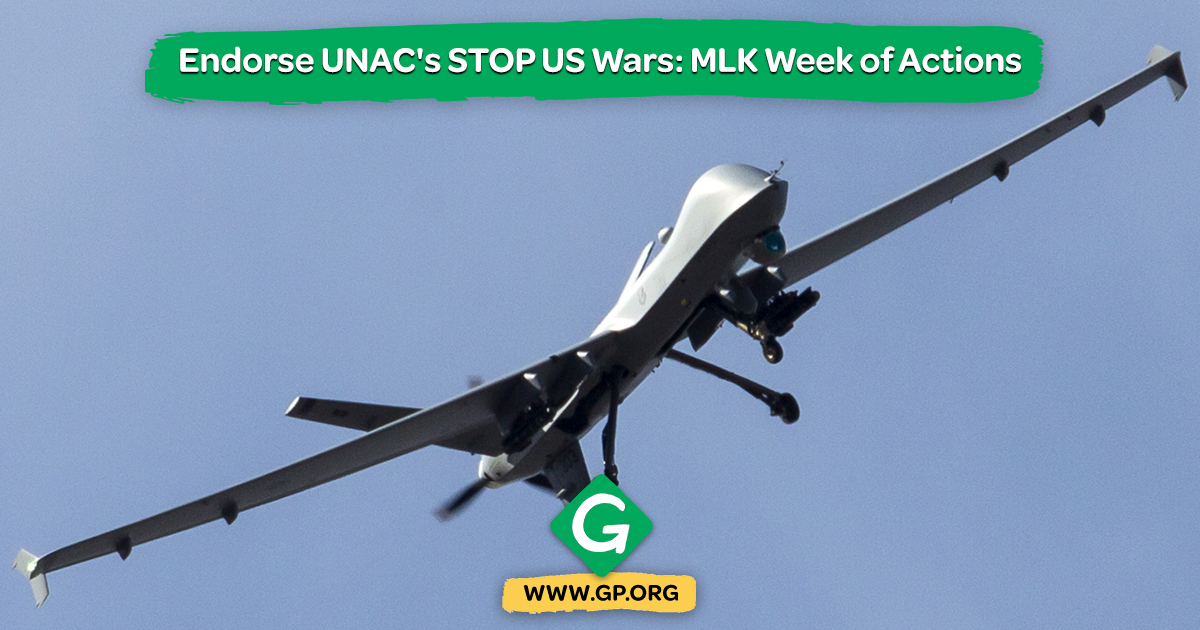 The Green Party of the United States will co-sponsor the United National Antiwar Coalition (UNAC)’s STOP U.S. Wars: MLK Week of Actions. State parties are encouraged to support the convening of local groups of Green Party members to attend the MLK week actions that are already being planned near them in a coordinated fashion (3).

The United National Antiwar Coalition (UNAC) have proposed a week of actions against war that coincides with the Martin Luther King Jr. holiday (1). Their demands are to “Stop Washington’s war moves toward Russia and China, Stop endless wars: Iraq, Syria, Somalia, Palestine…. everywhere. Money for Human Needs not War, and No to NATO!”. These demands are in line with the previously passed GPAX Statement On War In Ukraine (2).Upon passage of this proposal, Green Party states and caucuses around the US are encouraged to organize local green party members to attend their local actions together in a coordinated fashion (3).

The United National Antiwar Coalition (UNAC) fights against wars at home and abroad. Their goal is to bring together organizations and movements representing people in struggle today and unify in collective action against the major perpetrator of war and injustice in the world: the U.S. government, along with its allies and proxies. The Green Party US has been a member of UNAC since 2017 (4). UNAC is an organization that has many Greens on its Administrative Committee (5).