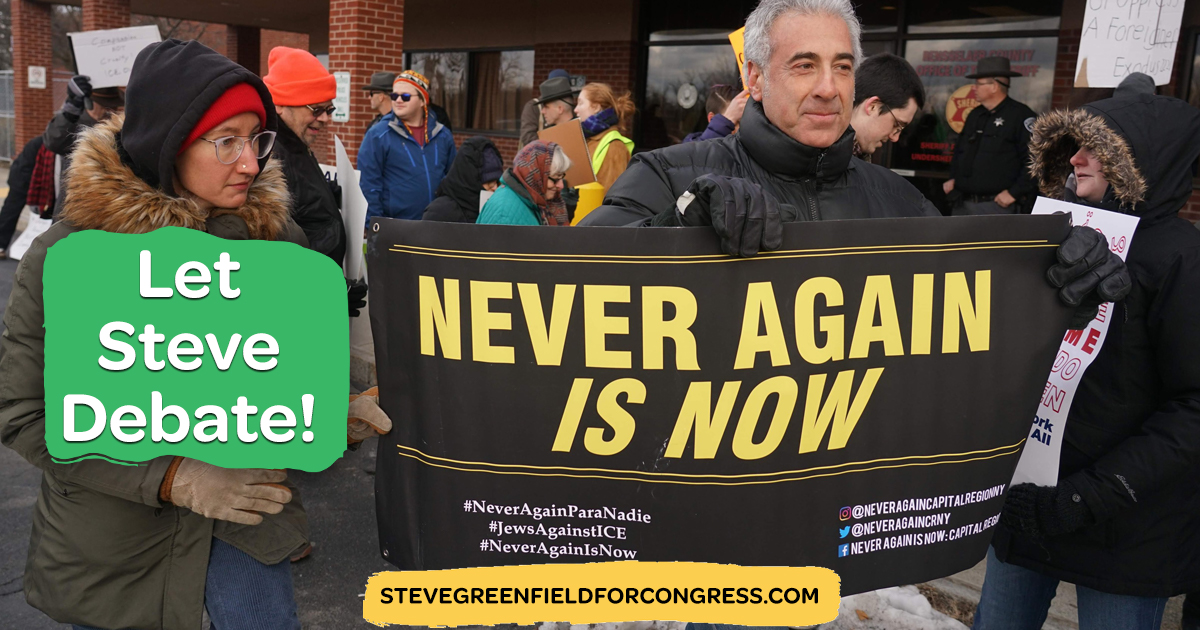 The debate is being hosted by public television station WMHT and co-sponsored by public radio station WAMC and the Albany Times Union. Greenfield participated in the debates two years ago. Ask the sponsors why he's been excluded this year. 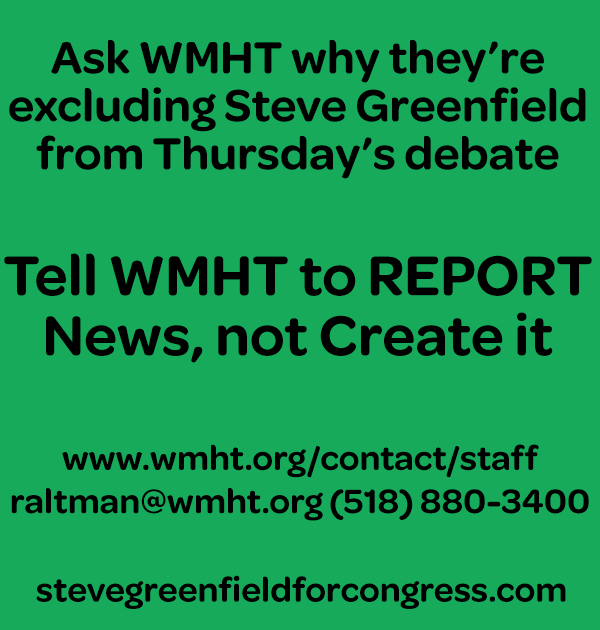 Join us tonight and make your voice heard!

An excerpt from Greenfield's platform ...

The United States is in a state of health, economic, and social crisis unlike any seen since the years between the onset of the Great Depression and the end of World War 2. Democrats and Republicans are jointly responsible for our failure to prepare emergency systems, and neither have any plan for how to end the crisis and emerge onto a road back to stability, let alone freedom and prosperity. Contrary to the myth that our problems are caused by their refusal to cooperate, they have collaborated perfectly to bring us to ruin, and prevent us from getting back up again. Now more than ever, we need to reject the politics of obscene profit to people and institutions of great wealth, all of which are doing better than ever, and try something different. We’ve done it successfully during hard times in the past, and we need to do it again. There must be no politics as usual until we are restored to safety and prosperity, with sustainability and resilience prioritized over profit.

In New York’s 19th District, there is a candidate, someone with whom you are familiar from emergency preparedness and response, activism, and elections, who has previously offered plans that could have eased the impact of the emergency, and is now offering concrete proposals to emerge from it — the only such proposals of any candidate in the race for the 19th’s House seat. Steve Greenfield is a veteran volunteer firefighter, a two-term School Board member, an experienced, successful advocate of legislation through many years of service in the Ulster County Volunteer Firefighters Association, the New York State School Boards Association, and as Chair of the New Paltz Central School District Legislative Action Committee, as well as an Eagle Scout, and an independent contractor going back to his first job as a morning bicycle delivery boy for the Daily News when he was 15. He holds a bachelor’s degree in economics from Columbia — a knowledge base much more urgently needed in Congress today than that of a corporate lawyer, as both major parties have once again nominated in NY-19. He is married and the father of three teenagers, and lives in a small ranch house in New Paltz.