On day after the election, protesters across Pennsylvania demand that each vote be counted 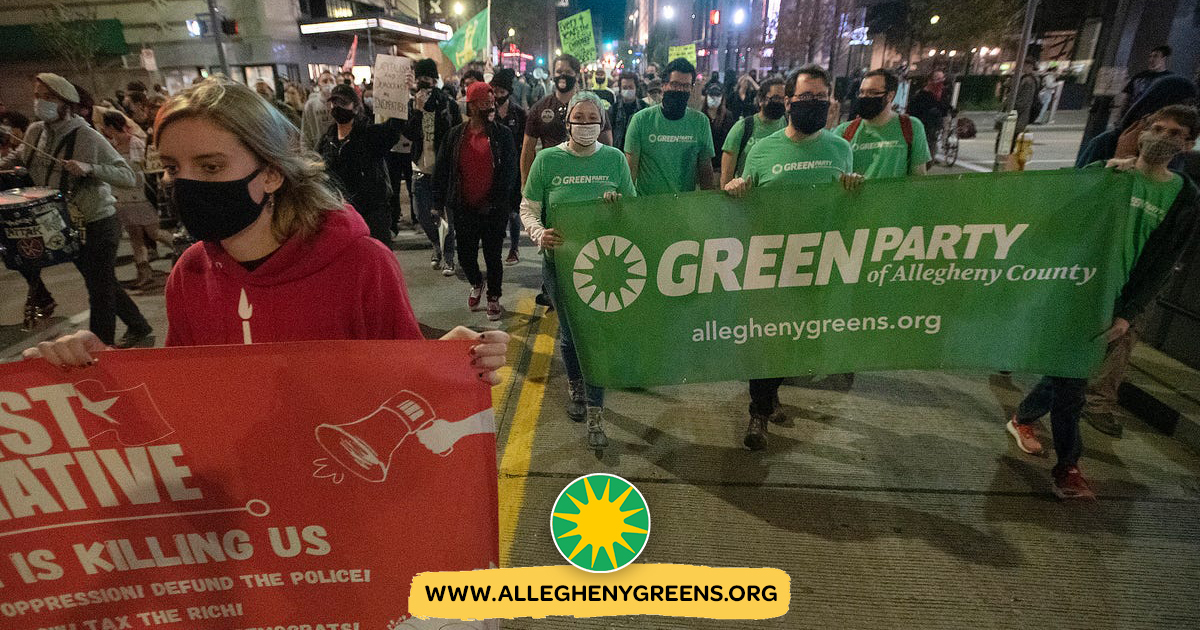 Protesters from various organizations march along Grant Street Wednesday night in Pittsburgh. Rallies across the state wanted to see every vote counted for the presidential election before a victor was named. Photo by Sally Maxzon

As election workers in Pennsylvania continued to sift through mail-in ballots Wednesday night, rallies across the state drew protesters demanding that each vote is counted.

"We are all here today because Trump declared himself a victor," said Julia Mente at a rally in Pittsburgh. "Republicans all over the country, on Trump's cue, are preparing to use their lawyers and the courts to stop the count of votes. They want to invalidate your mail-in ballot. They want to let their conservative Supreme Court decide the election."

"I came because, you know, I think we're all worried about democracy, and we're worried that every vote is counted," said Ben Fiorillio from Put People First Pennsylvania, one of many organizations represented at the rally.

In Allentown, Doylestown, Harrisburg, Erie and Philadelphia, people arrived at courthouse steps and city buildings with that same hope.

In Allentown, demonstrators calling on Lehigh County to “count every vote” gathered outside the county government building Wednesday afternoon.

Instead of putting a pause on counting for the day, the county should have worked round-the-clock until the process was complete, said Ashleigh Strange, an organizer with Lehigh Valley Stands Up.

The pause could have been avoided if there were more workers to relieve those who needed a break, demonstrators said.

“We’re going to show up tomorrow with coffee, with doughnuts, with pizza, whatever we need to do to make sure that these people are refreshed and ready to go to keep counting until it’s all done,” Strange said.

In Erie's Perry Square, members of Erie County United organized a "Rally to Count Every Vote," and about 50 people attended.

“We believe everyone counts — no matter our race, accent, or ZIP code,” Marlene Pray said outside the Old Courthouse in Doylestown, not far from where more than 200 county workers have been counting ballots since 7 a.m. Tuesday.

"We stand together against anyone attempting to cheat or create chaos around the results of this election to force an illegitimate outcome,” said Pray, one of the organizers.

Throughout the hour-long event, rallygoers chanted, "Count every vote" and "The people united will never be divided." Many said they will return throughout the week until all ballots are counted.

"We may not agree on how to govern, but we must agree on the process of choosing our leaders and having a say," said Lauren Strumfels-Braun, Raritan Valley Community College associate professor of history.

'This is a celebration'

“This is a celebration for white, black, brown people to celebrate that our vote counts,” said Dean Williams in western Pennsylvania.

He was an organizer for Beaver County United, which held "Rally to Count Every Vote" on Wednesday night, attended by about 30 community members, activists and local politicians at the Beaver County Courthouse.

Democrat Bob Williams of Brighton Township, who is seeking to unseat state Rep. Josh Kail for the 15th Legislative District, said Pennsylvania is still counting the votes, and the votes that have yet to be counted are just as important as those already counted.